Former undisputed world cruiserweight champion Oleksandr Usyk could be set for a showdown with A...

Former undisputed world cruiserweight champion Oleksandr Usyk could be set for a showdown with Anthony Joshua next year if Joshua can beat Andy Ruiz Jr.

Usyk won all four world titles at cruiserweight but the Ukrainian is yet to fight at heavyweight. The 32-year-old was all set to make his first outing in the division in May but he was forced to pull out of his heavyweight debut against Carlos Takam because of a bicep injury.

Usyk signed with Eddie Hearn's Matchroom shortly before a clinical knockout win over Tony Bellew last November. He dominated the World Boxing Super Series with his wins over Marco Huck, Mairis Briedis and Murat Gassiev all coming on the road.

Usyk and Joshua both won gold medals in their respective heavyweight divisions at the 2012 Olympics in London and it's a fight that has been talked about before. 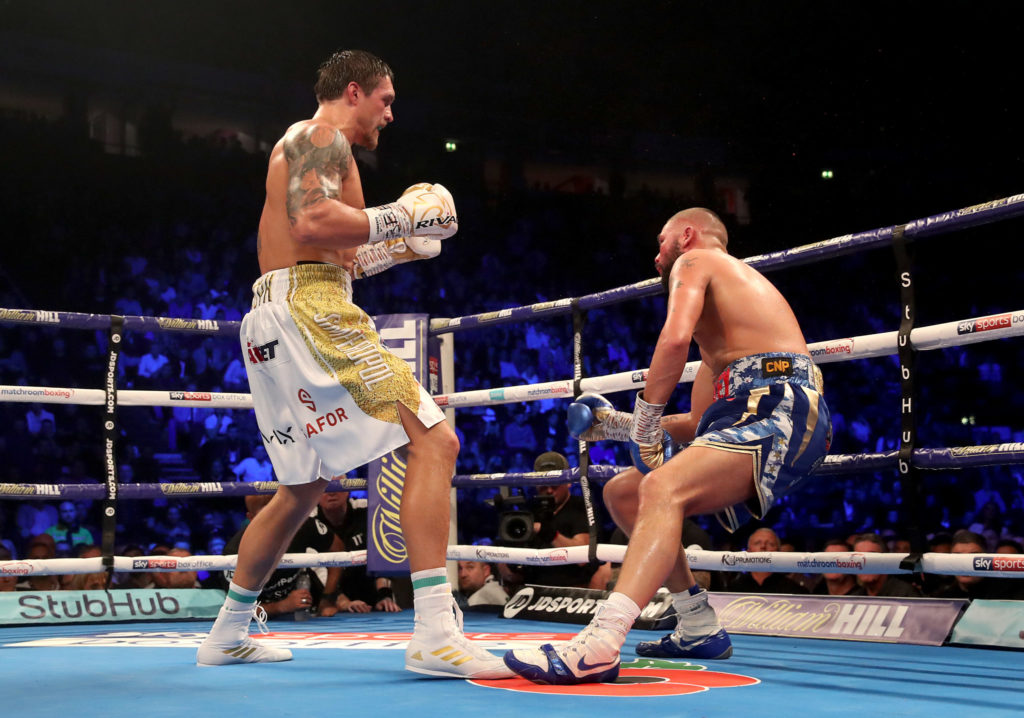 Tony Bellew (right) is knocked down in the eighth round by Oleksandr Usyk during their WBC, WBA, IBF, WBO & Ring Magazine Cruiserweight World Championship bout at Manchester Arena.

The WBO has installed Usyk as its mandatory challenger, meaning a potential showdown between Joshua and Usyk in 2020 is on the cards.

It's a fight that would excite boxing fans but there is one major stumbling block and that is Andy Ruiz Jr. The newly crowned heavyweight champion has already beaten Joshua once and the Mexican is confident history will repeat itself when the two meet in a rematch later this year. 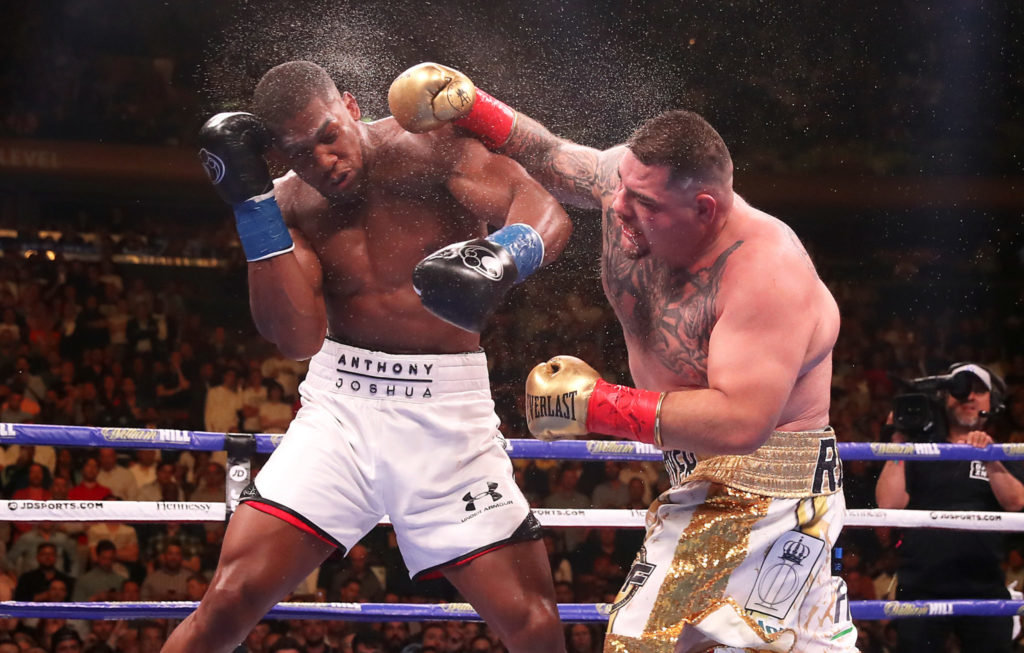 Ruiz stunned Joshua in New York earlier this month to walk away with the IBF, WBA and WBO titles and there was a rematch clause in the contract.

Ruiz believes he'll win the rematch, stating Joshus is "not good at boxing" and that " the rematch is gonna be the same."

Usyk is now in a position to face Joshua or Ruiz but the title holder could also decide to vacate the WBO belt if they want to fight someone else.