Tottenham chairman Daniel Levy has vowed to appoint a manager focused on playing "free-flowing, a...

Spurs sacked Jose Mourinho just six days before their defeat to Manchester City in the EFL Cup final, a loss which extended the club's wait for a trophy to 13 seasons.

"This season, for many reasons, we have not met our raised expectations on the pitch," Levy wrote in his end of his season letter to supporters.

"Everyone had high hopes with the squad we had assembled. Unfortunately, despite sitting top of the Premier League in December, we have not been able to sustain this position.

"We reached the Carabao Cup Final, however we had a disappointing exit from the Europa League and now find ourselves fighting to qualify for Europe, having competed in European competition for 14 of the last 15 seasons.

"We are absolutely clear that central to our ambitions is a successful football team - it is what we all crave. We have come close over the last seven seasons and everyone's focus is on a return to regular Champions League participation and competing for honours." 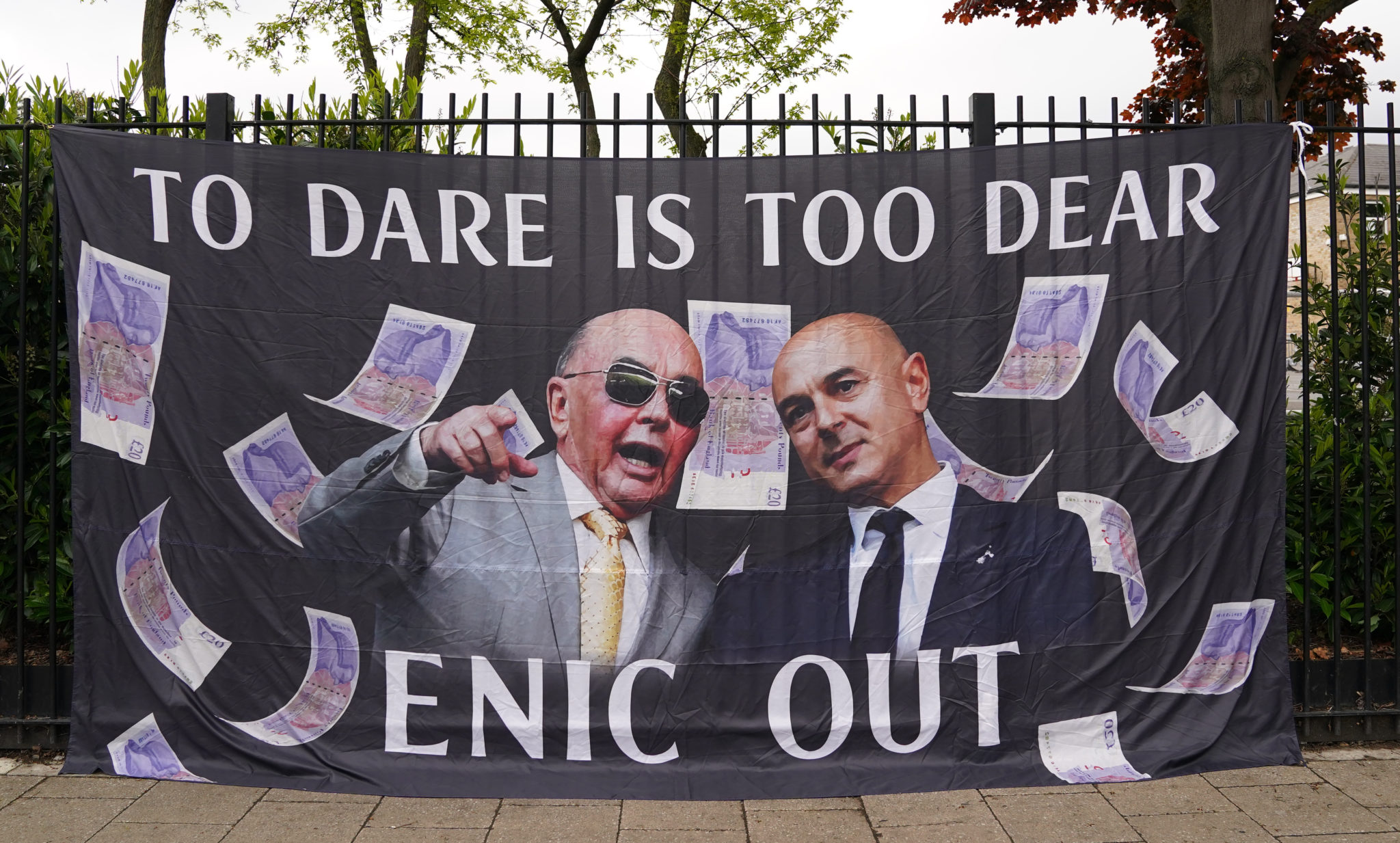 Levy added that he can understand supporters' frustration with the clubs' owners and that they're searching for an ambitious manager.

"We are acutely aware of the need to select someone whose values reflect those of our great club and return to playing football with the style for which we are known - free-flowing, attacking and entertaining - whilst continuing to embrace our desire to see young players flourish from our Academy alongside experienced talent.

"As a club we have been so focused on delivering the stadium and dealing with the impact of the pandemic, that I feel we lost sight of some key priorities and what's truly in our DNA.

"Our work in the community and with the NHS is an example of when we get it right, but we don't get everything right. It has never been because we don't care about or respect you, our fans - nothing could be further from the truth."

Berbatov: It's no surprise that Harry Kane is p**sed off!