Tommy Dunne won an All-Ireland as a Tipperary player back in 2001. But the then-captain can celeb...

Tommy Dunne won an All-Ireland as a Tipperary player back in 2001. But the then-captain can celebrate again as part of the backroom coaching team that's triumphed 18 years later.

We caught up with the Toomevara native as he waited outside Thurles' Anner Hotel before he and the team board the bus to take the Liam McCarthy Cup up to Semple Stadium.

"It's a lovely feeling and we're thrilled," he told us.

"There's a great vibe around us and it's a nice sunny evening. There are a few thousand people up there apparently, waiting to see the cup.

"It's a very special feeling, one that makes a huge difference to people's lives around here. So it's a lovely feeling and we're enjoying it very much."

But which feels sweeter for Tommy Dunne: Winning as a player or coach? 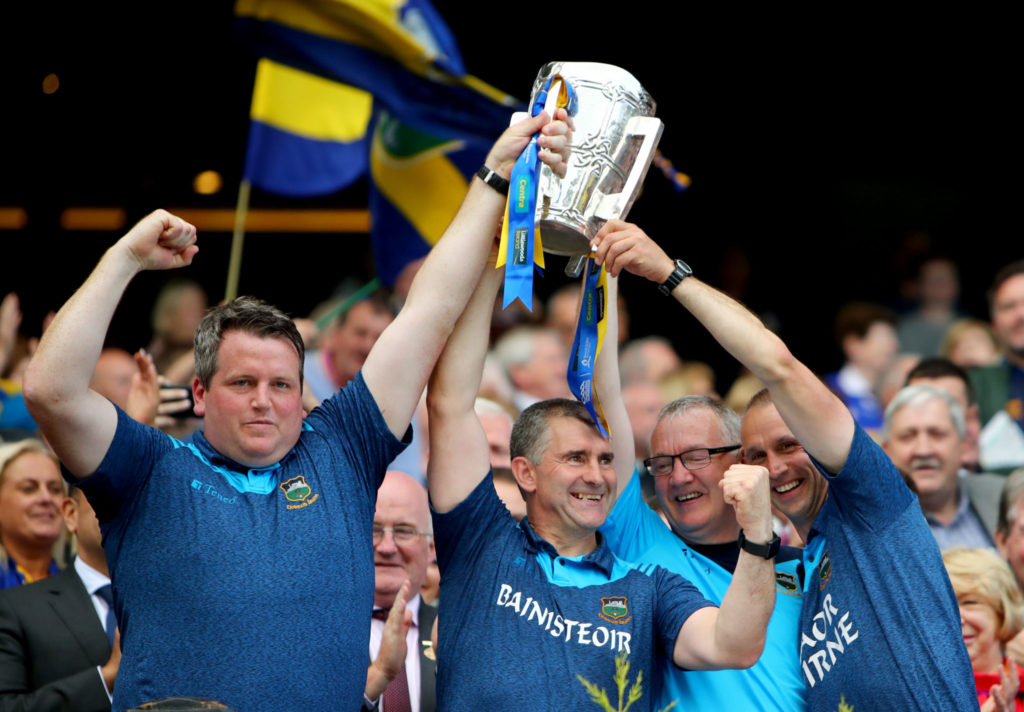 "Listen, nothing beats being a player," he said emphatically.

"Nothing even comes close to being a player. That's where the action is. But coaching is a hell of a good second best. The enjoyment in coaching for me is seeing players that you work with closely play well on the days that matter. That means everything to a coach."

Dunne also explained how Tipp came back into proceedings after a slow start to the game.

"We weren't happy with the first 10-15 minutes. Kilkenny started stronger than us alright," he said.

"Slowly we got to grips with them. Our half-back line came into the game with Padraic [Maher], Seamus [Kennedy], Barry Heffernan and Ronan Maher started to hold their own a bit better.

"Obviously, Niall O'Meara's goal was a big score in the first half which helped close the gap that Kilkenny had opened up. They had made a lot of the running and probably hadn't a lot to show for it after all their hurling they did. So we were quite pleased after 25 minutes that we were well in the game, without having reached the potential that we knew we had. We also put a lot of energy into the first five minutes of the second half and were able to open up a gap with Seamie's goal and Kilkenny down to 14."