Manchester United manager Ole Gunnar Solskjaer has confirmed he will hand out four debuts to play...

United have travelled to Kazakhstan for the game (3.05pm Irish time kick-off) fresh off the back of their 3-3 Premier League draw at Sheffield United at the weekend.

Solskjaer's 18-man travelling squad for the game includes ten players yet to make an appearance for United, with three Academy stars set to make their first starts.

The United manager said in a press conference today that it was "common sense" to include some of his younger contingent.

"We have done great to qualify after four games gives us an opp to give game time to experienced lads who need it. Axel [Tuanzebe], Luke [Shaw], Jesse [Lingard] not too many games. Great chance to give Lee [Grant] his first start for the club.

"It's hard to give young kids games against men... we have the EFL trophy and for me this is a great chance to see them altogether.

"I think it’s going to be tight. Hopefully my youngsters can score goals and we can keep it tight at the back because so far we have had a great record defensively."

🗣️ Ole has confirmed that the following four #MUFC players will all start tomorrow's #UEL match against Astana.

The Norwegian said he was predicting a close game, against an opposition that lost 2-0 in their domestic league two weeks ago in their last outing.

"I think this is going to be an even, tight game. We have some young players. If they’re going to learn to play this games I think it’s a great start for them. Not expecting them to dominate but we should compete and challenge.

"If we went with every first team player then maybe we have a better chance to win the game. But this is the right decision and it’s going to be a great game of football."

Grant meanwhile said he was delighted to get his opportunity between the sticks.

"The game has huge significance for myself it’s a very proud moment the same can be said for the rest of the debutants. It’s a really proud moment and one I’m really looking forward to. I had a taste of it in the [League Cup] and had to wait a while since.

"I'm really excited by the prospect and can’t wait to get out there." 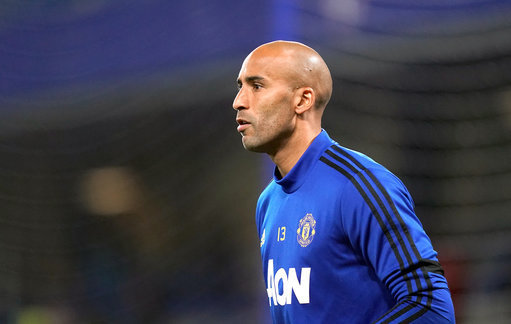 The United boss meanwhile was full of praise for his starting goalkeeper tomorrow afternoon.

"For a manager like me to have Lee to call upon it’s fantastic he has a world class attitude. He’s probably the fittest of the keepers he always does extra.

"He’s a 36-year-old going on 26. I’ve got the perfect goalkeeping department."

Also in United's squad for tomorrow's game is 19-year-old Max Taylor, who began this year undergoing chemotherapy after a cancer diagnosis. Solskjaer says the teenager's story has been an inspiration to the rest of the team.

"It’s a fantastic story, to see him coming back, I met Max very early after I got the job and to have seen his journey back to full fitness and the way he’s conducted himself, it’s something he’ll always have with him, he’s been through something no one should have to go through but he’s come through the other end, he’s an inspiration to others.

"There’s no fear on the pitch, he’s had fear in his life, when you’re on the football pitch you should have no fear and it’s a chance to give him extra motivation as well."

United beat Astana 1-0 at Old Trafford on September 19th in their opening game in this year's competition, before a goalless draw at AZ Alkmaar, a 1-0 win at Partizan Belgrade, and a comfortable 3-0 win over the Serbian opposition at home.