Stephen Kenny will make the call on Robbie Keane

Republic of Ireland under 21 manager Stephen Kenny will decide if Robbie Keane stays on as an ass...

Stephen Kenny will make the call on Robbie Keane

Republic of Ireland under 21 manager Stephen Kenny will decide if Robbie Keane stays on as an assistant when Kenny replaces Mick McCarthy in the senior role.

The FAI's interim general manager Noel Mooney, who finishes up in the role this week, says it's Kenny's choice to make.

Robbie Keane is one of McCarthy's assistants but his contract runs beyond McCarthy's deal.

McCarthy will step down as Republic of Ireland boss either next March or after Euro 2020, depending on how results go for the Boys in Green.

Mooney suggested that Kenny will bring his current under-21 staff with him into the senior setup.

"Robbie's contract with us will continue but Stephen will decide on his backroom team.

"We can't force anybody on him. If you become the manager, it's your choice.

"He needs to have the people around him that he wants. Stephen is extremely focused and intense on what he does.

"My sense would be that he would go fully across to the senior team from the under-21s. He has got his backroom team of Keith Andrews and Jim Crawford."

The Ireland under-21's have won five of their seven qualifiers under Kenny, leaving them top of the group with three games to play. 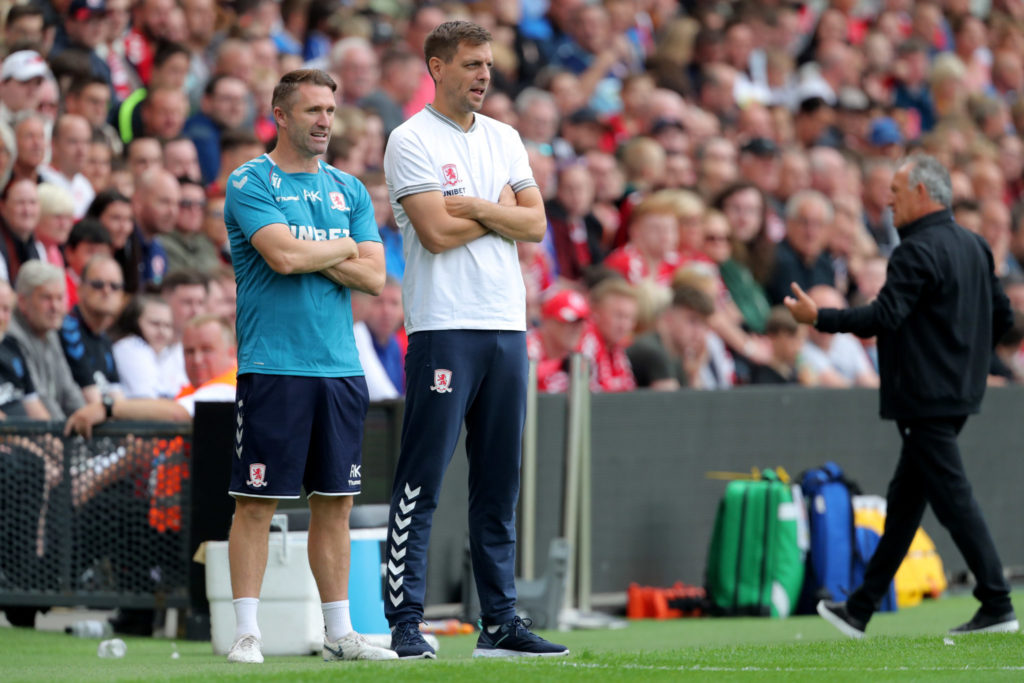 Keane is also at Middlesbrough as an assistant to Jonathan Woodgate and the Championship club got a much needed win over Barnsley on Wednesday night, a result that moved Boro out of the relegation zone.

Mooney was asked what role the FAI would have for Keane if Kenny decides against holding onto Ireland's record goalscorer.

"Robbie may decide he wants to stay at Middlesbrough full-time when Mick goes.

"That's for him and Stephen but we've barely discussed it because everything is going well at the minute."

There have been some suggestions that Keane would take over the under-21's when Kenny leaves the role next year.