Twenty-three time Grand Slam champion Serena Williams has secured her first title in three years with a win at the Auckland Classic.

Williams saw off fellow American Jessica Pegula in New Zealand 6-3, 6-4 to clinch her first singles title since she won the Australian Open in 2017.

She said after her win she would be donating her prize money and a dress she had worn to the Australian bushfire appeal.

It's also a first title win for Williams since the birth of her daughter, Olympia, with whom she was eight weeks pregnant when she won her last Grand Slam title in Melbourne. They celebrated together on the court after the trophy presentation.

Williams said afterward she was happy to get through what was a tough match in a busy period.

It was @serenawilliams who came out on top in the all-🇺🇸 Auckland final!

"It was a good match. I didn't have a lot of time to reflect on it because I went straight into [the] doubles [final, losing to Asia Muhammad and Taylor Townsend], but I remember it being really intense, actually.

"I don't think I hit a tremendous amount of aces - she was getting all my serves back. My groundstrokes were probably the strongest thing in that match.

"It's good for me to win matches where I'm not getting too many free points, so I have to rely on my groundstrokes."

Williams made a slow start to the final in Auckland, with Pegula taking a 3-1 lead in the first set. However, the eventual victor said she didn't feel any extra pressure in those early stages. 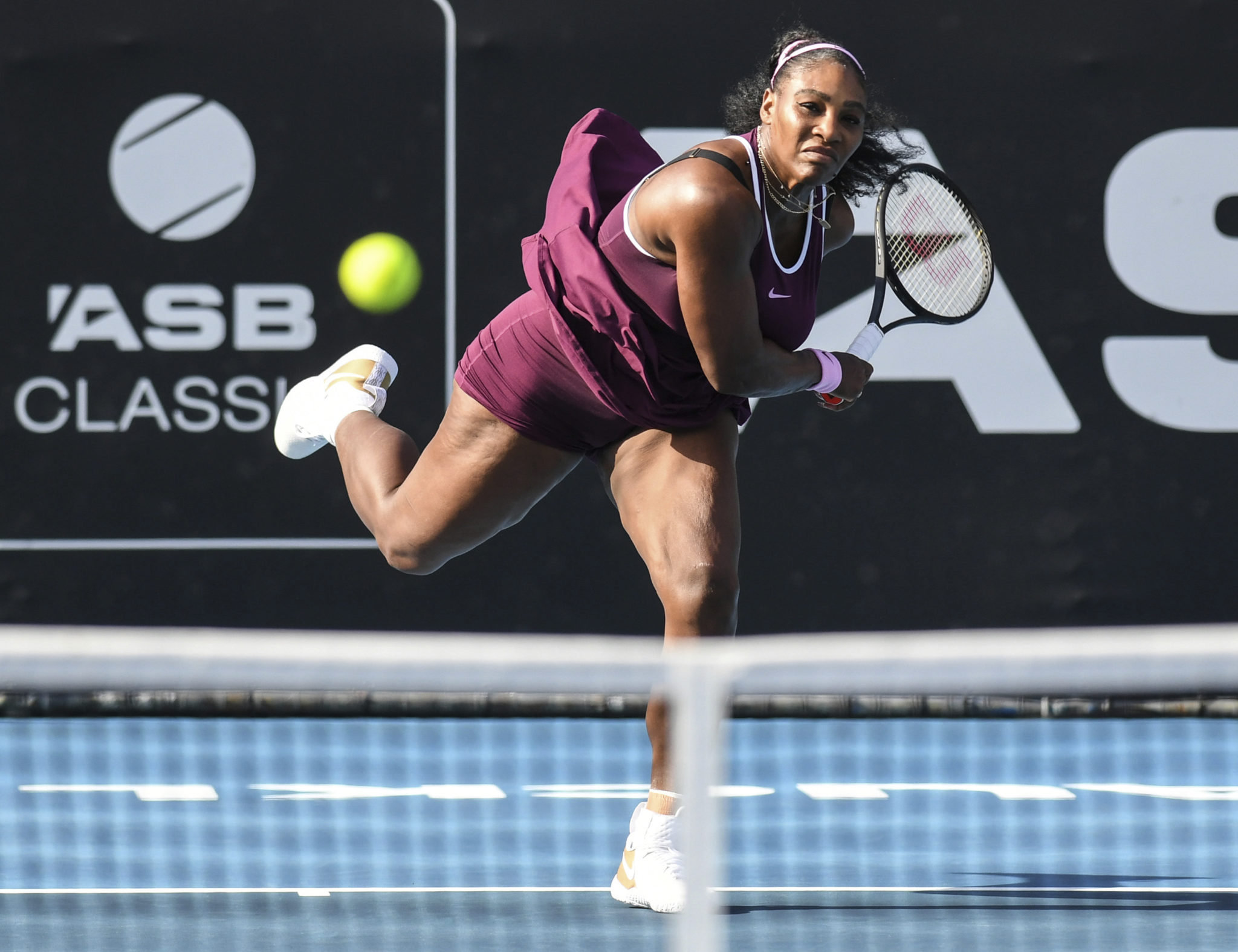 Serena Williams of the U.S., returns a shot during her semifinal singles match against her compatriot Amanda Anisimova at the ASB Classic in Auckland, New Zealand. Saturday, Jan. 11, 2020. (Andrew Cornaga/Photosport via AP)

"I definitely didn't have nerves. Did I get broken in the first game? I just didn't come out the way I should have, and she was playing well.

Next up for Williams is the Australian Open, where she will bid to equal Margaret Court's record of 24 Grand Slam singles titles. She said afterward she has one eye on that tournament, which is underway on January 20th.

"It's pretty satisfying just to get a win in the final. That was really important for me - and I just want to build on it. It's just a step towards the next goal."

Williams was also in action in the doubles final with Caroline Wozniacki, but the pair were beaten 6-4, 6-4 by Taylor Townsend and Asia Muhammad.