Rob Kearney could be heading to France

Rob Kearney could be heading to France. The Ireland full-back is said to be considering offers fr...

Rob Kearney could be heading to France

Rob Kearney could be heading to France. The Ireland full-back is said to be considering offers from two Top 14 clubs.

The Louthman is the only Leinster player out of contract next season. He was a notable omission from yesterday’s list of 21 players who have signed up for the 2019-20 campaign.

Kearney’s current IRFU contract runs until the end of World Cup in November. He has been offered a new deal, but agent Dave McHugh admits contract talks have stalled.

“We had hoped to reach a conclusion by now. The IRFU have made Rob an offer. But if I am honest it is well below where it needs to be.”

The two time Grand Slam winner is said to be one of the top earners in the Irish set-up, but the IRFU seem reluctant to stretch their finances for older players.

London Irish bound Sean O’Brien suggested he would have accepted 25 per cent less to stay in Ireland. 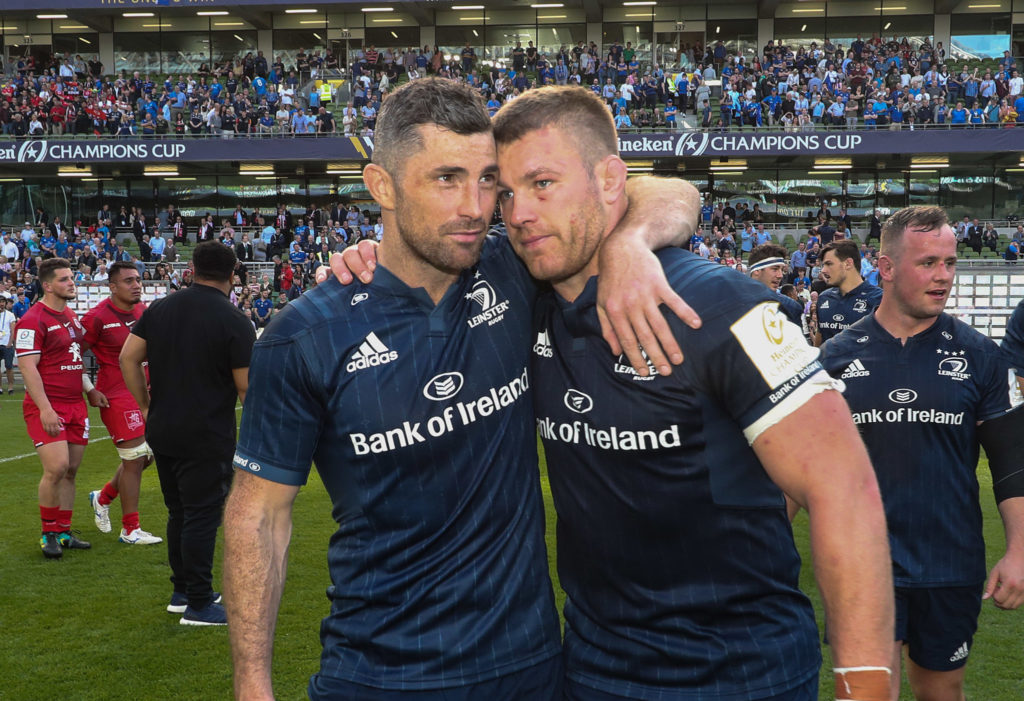 Kearney admitted that is was considering a change of scenery just days after O’Brien’s move was confirmed. He also accepted the Irish system helps older players.

“If you go over to the UK then the expectation for you to play games is considerably higher and that’s one of the variables that you need to take into account.”

“It has always had really good here, the welfare you get.”

Kearney, who has scored 13 tries during 90 test appearances, still appears to be first choice full back for Province and Country. Will that continue as the game moves into the next World Cup cycle?

Joe Schmidt admitted that he was looking for other options when handing Robbie Henshaw the number 15 shirt for this year’s Six Nations opener against England.

It was an experiment that failed, but there are other options. Jordan Larmour has played nine games for Leinster at full-back so far this season, just seven on the wing.

Fans have become used to big-name players moving aboard.

There was an outcry when Brian O’Driscoll looked Biarritz bound in 2005 but far more acceptance when Paul O’Connell announced a move to Toulon in 2015. Simon Zebo has left the Irish system, Sean O’Brien is heading for the English Premiership.

Kearney still has the option to stay, but it seems increasingly likely his stellar Irish career could come to an end at the World Cup in Japan.