Phil Healy was taking the positives from her World Athletics Championship experience, despite mis...

Phil Healy was taking the positives from her World Athletics Championship experience, despite missing out on a 200m semi-final place in Doha.

Drawn in lane 5 of heat-1, the Bandon sprinter clocked a time of 23.56 in placing fifth. Her time was not good enough for progress to the semi-finals.

"It was a lot tougher than I thought. I was expecting a higher-up finish and maybe a quicker time", Healy told Athletics Ireland after the race.

"I really looked to be here, competing at the World Championships."

"Obviously the whole season hasn't been the ideal set-up but I'm grateful to be out here competing against the world's best."

Healy's 2o19 has been far from ideal, as she had to battle back from a broken foot suffered while on a warm-weather training camp in Malta in April. 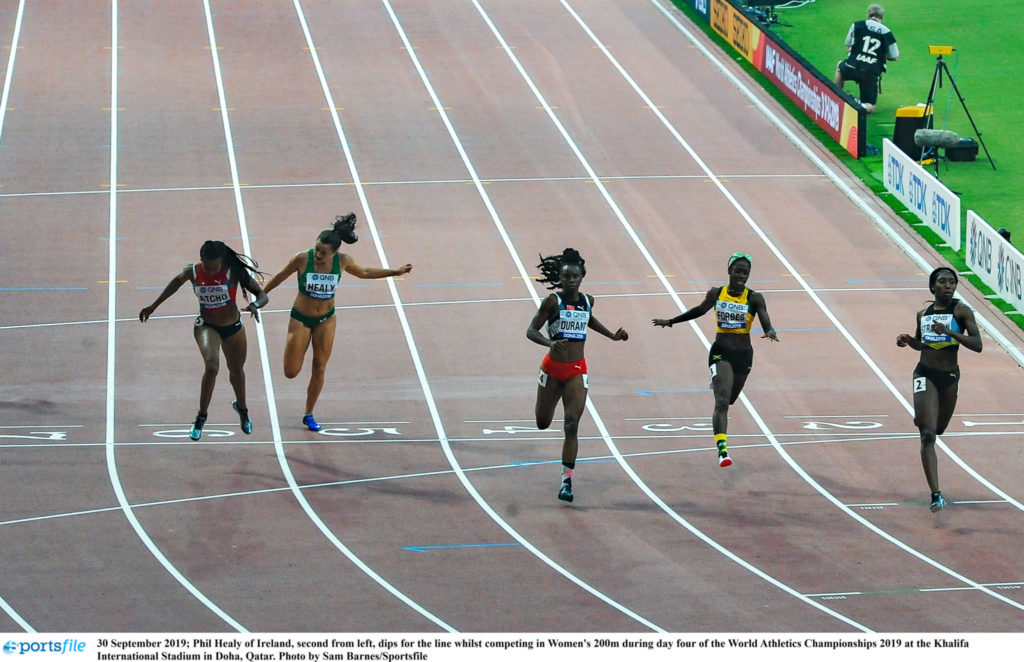 "It obviously wasn't an ideal preparation breaking a foot in April and then it has a knock-on for the whole season.

"Even I found the hardest part was actually learning how to run again, maybe from week-6 after the break.

The Bandon sprinter says she'll take every drop of experience from her first outdoor Worlds, with next year's Summer Olympics in Tokyo her next major target.

Healy feels she's well placed to be on that plane in a year's time, "It is massive, we have certain points taken from this season and taken into next season and luckily I am lying that ranking position at the moment - in the 30s of the 56.

"It is about maintaining that, trying to get more points again, quicker times and to secure my place next year."