Scotland midfielder John McGinn remained defiant in the wake of his side's sobering Euro 2020 loss against the Czech Republic.

The hosts at Hampden Park did not play too badly but were undone by two goals from Bayer Leverkusen striker Patrik Schick, the first a header after Scotland failed to deal with a corner while the second was a wonder-strike from the half-way line that sailed over scrambling Scottish goalkeeper David Marshall.

It leaves Scotland with the ominous task of probably needing to take four points from their other two Group D matches against England, at Wembley this Friday, and Croatia.

"We've got the belief. I don't think there's any doubt about that," said McGinn after the disappointing defeat in Edinburgh.

"If we can go down to Wembley, which is a free hit, but it's a game where we need to take a point at least.

"We'll be going for the three points and our main aim stays the same, try and get out of this group." 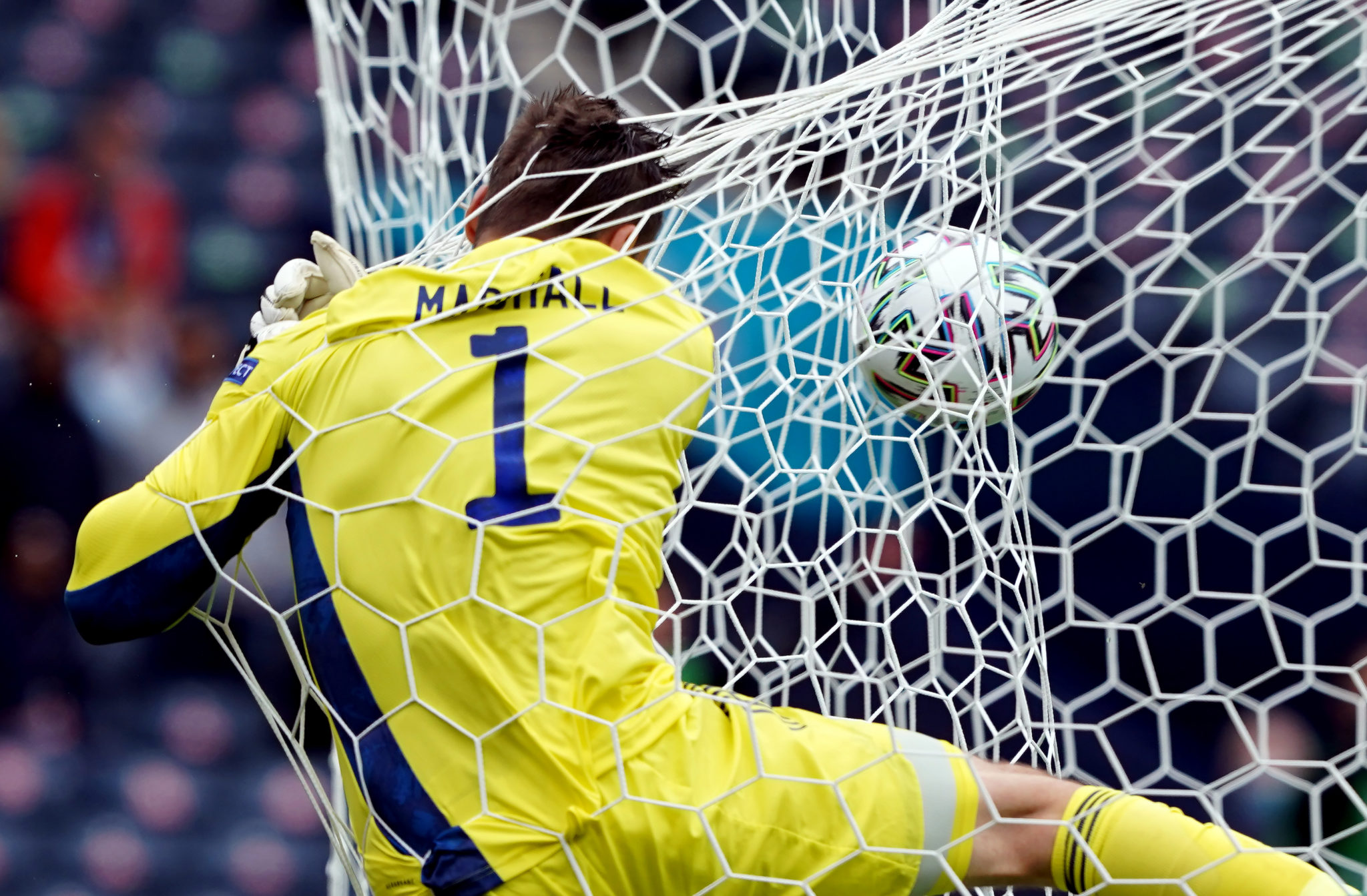 Scotland goalkeeper David Marshall crashes into the back of the net after conceding the second goal scored by Czech Republic's Patrik Schick (out of pic) during the UEFA Euro 2020 Group D match at Hampden Park, Glasgow. Picture date: Monday June 14, 2021.

Having not played in a major finals since their doomed 1998 World Cup appearance, where they just took one point from three group matches, the nation was on a high heading into Euro 2020.

However, despite opening this tournament by losing a match that they expected something from, the Aston Villa midfielder remains bullish regarding their chances of progressing to the knockout stage.

"I don't think it's a reality check. I think overall we played pretty well. There are things that we can improve on," said McGinn.

"It's the first game of the tournament, we have two games to fix what we need to fix and it's important we don't sulk too much.

"We'll deal with it tomorrow, maybe look back at it and then from there we'll build towards England. We need to do it the hard way now."