Keith Higgins' Indian summer with the Mayo hurlers has continued, as he was confirmed as Nickey R...

Keith Higgins' Indian summer with the Mayo hurlers has continued, as he was confirmed as Nickey Rackard Player of the Year for 2021.

The Ballyhaunis man scored 1-30 as Mayo won a second Nickey Rackard in the county's history. 0-7 of that tally from the captain came in July's handsome final win over Tyrone.

Higgins is one of three Mayo men included on the GAA/GPA's Champion 15 Team of the Year. He's joined by wing-back David Kenny and midfielder Cathal Freeman.

The team is comprised of standout performers from the Christy Ring, Nickey Rackard and Lory Meagher Cups.

Offaly's Oisin Kelly was named Christy Ring Player of the Year, after helping the Faithful's cause with 2-10 in three matches this summer. 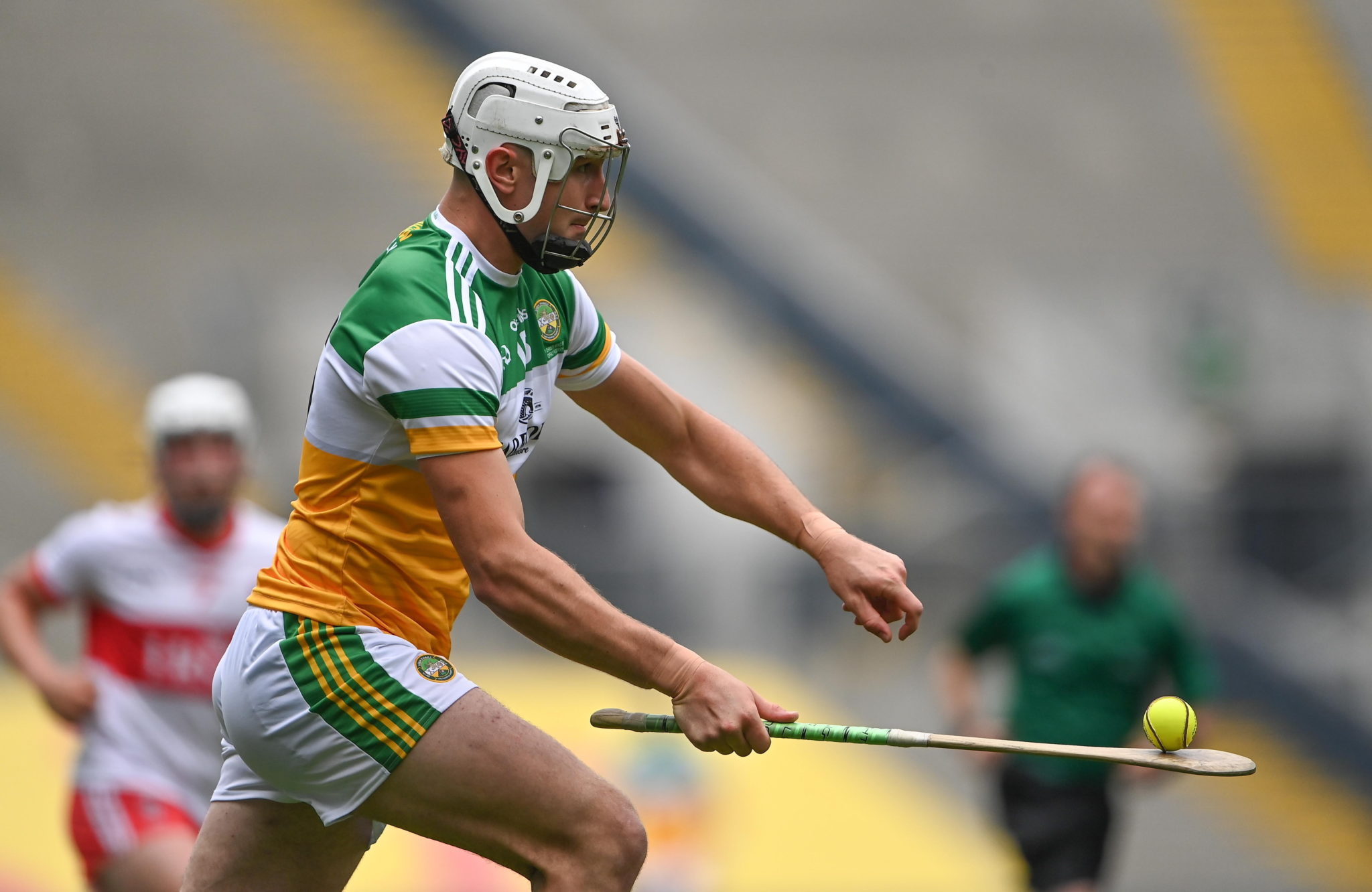 1 August 2021; Oisín Kelly of Offaly during the Christy Ring Cup Final match between Derry and Offaly at Croke Park in Dublin. Photo by Piaras Ó Mídheach/Sportsfile

Lory Meagher Player of the Year went to Fermanagh's Sean Corrigan, who scored an incredible 2-20 from play.

“I want to salute all of those who have been chosen on the Champion 15 selection," said GAA president Larry McCarthy.

"There are eight counties represented across the teams which is a great reflection of the depth of talent which exists in these competitions which continue to prove such a successful part of the GAA championship calendar.

“It is a great achievement for the players, their families, their counties and the clubs they represent. I particularly want to congratulate Oisín Kelly, Keith Higgins and Seán Corrigan for having their exceptional player of the year feats recognised.”

GPA CEO - and Higgins' former Mayo teammate - Tom Parsons added, "The Christy Ring, Nicky Rackard and Lory Meagher Cups provided great excitement and many memorable moments during the 2021 season and I want to pay tribute to the 15 players who have been chosen as having given the best individual performances over the course of the competitions.

“A warm word of congratulations too for the 3 players who have picked up the player of the year accolades in their respective championships. All of these award winners should take great pride in being selected.”