Manchester United manager Ole Gunnar Solskjaer has praised Frank Lampard's job with the young players at his disposal ahead of this evening's League Cup Round of 16 tie.

The London outfit welcome United to Stamford Bridge in a rich vein of form, having won seven games in a row in all competitions.

United boss Solskjaer has heaped praise on Chelsea's use of young talent, as the Norwegian's side prepare to take on last season's League Cup runners-up.

"Chelsea are a very exciting team. Frank has got players that have been on loan for one or two seasons in the Championship.

"The difference between my youngsters is that they are almost stepping right now onto the scene.

"Axel Tuanzebe has missed the last couple of games, but he has been out on loan (at Aston Villa last season) and you can see the benefit."

Lampard has reflected on his side's improvement since suffering a 4-0 loss at Old Trafford on the opening day of the Premier League season. 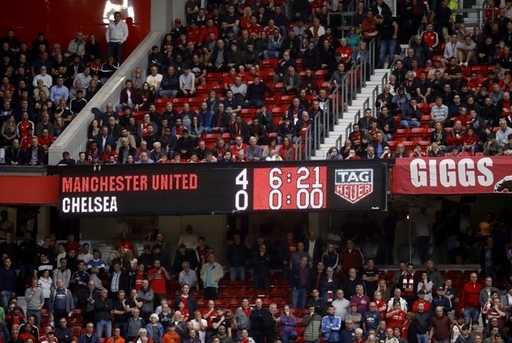 The scoreboard displays the final 4-0 scoreline after the Premier League match at Old Trafford, Manchester.

"It was probably part of the early learning curve of the season for us all.

"We needed to be more clinical with our chances, which we have been since then as the season has gone on. And we can’t have sleepy moments for seconds against top players. Hopefully we have got better at that as well.

"I believe fine lines change games, but they also change perception. The perception of us in this early part of the season is that we’re conceding too many goals, which I agree with.

"When you scratch beneath the surface, in terms of chances conceded and shots conceded on our goal, we’re in the top one, two or three."

Elsewhere tonight in the League Cup, Liverpool will be aiming to progress to the quarter-finals at home to Arsenal.

Kick-off at Anfield is at 7.30pm, with Aston Villa hosting Wolves from 7.45pm.

Manchester City will be among the teams in the hat for tomorrow's last-eight draw. The holders saw off Southampton 3-1 at the Etihad last night.

Elsewhere Oxford United beat Sunderland on penalties to reach the last eight for the first time in over thirty years.