Liverpool assistant manager Pep Lijnders has provided a positive fitness update on Naby Keita after the midfielder was carried off on a stretcher at Old Trafford.

Jurgen Klopp's side are away to Preston in the last 16 of the Carabao Cup on Wednesday night so the Liverpool boss handed over press duties to Ljinders.

Republic of Ireland international Caoimhin Kelleher was unavailable for Sunday's 5-0 win away to Manchester United due to illness and would have been in line to start at Deepdale.

However, Lijnders said the 22-year-old Corkman is likely to miss the game, which means Adrian could start in goal.

Kelleher saved a penalty in the win over Norwich in the last round and also started in Alisson’s place in the 5-0 win against Watford, just a few days after his first start for Ireland.

Lijnders was asked about Kelleher's availability: "Not sure, he trained with the team but it seems he had a little setback so he probably will not be involved."

Naby Keita's injury is not as bad as first feared despite being forced to leave the Old Trafford pitch on a stretcher following a dangerous tackle from Manchester United midfielder Paul Pogba.

"Naby has a bruise in this moment, we assess it day by day. It’s looking good, so that’s good," Lijnders said.

"I think we should speak about VAR. It's a major advantage to protect players.

"We sometimes discuss and whine about referees and VAR, but that's why it's there. To protect players. Luckily his foot was not on the ground - it was just a bruise." 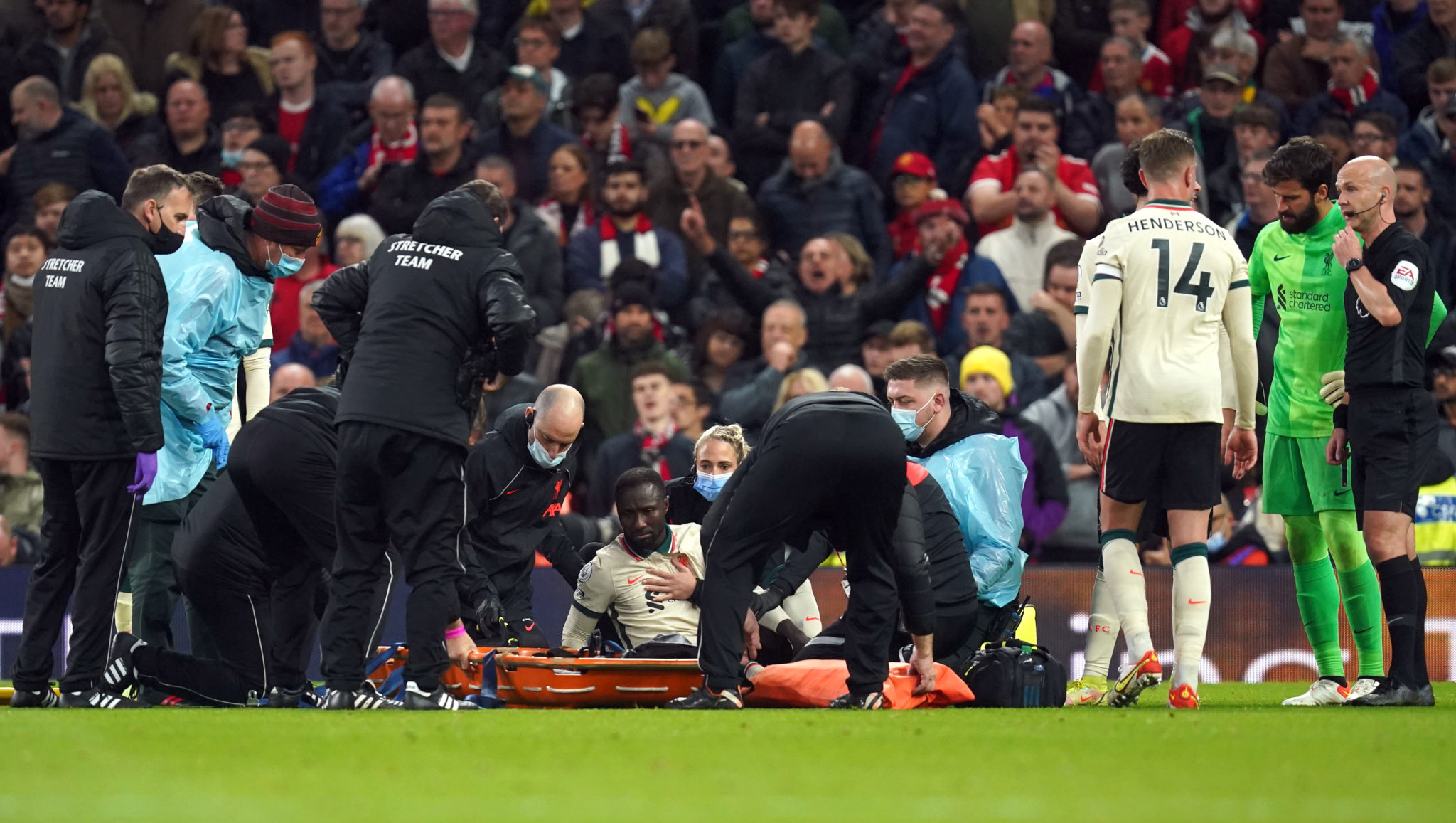 Liverpool's Naby Keita being taken off the pitch with an injury during the Premier League match at Old Trafford, Manchester. Picture date: Sunday October 24, 2021.

The Liverpool assistant manager also gave an update on the fitness of James Milner, Fabinho and Thiago.

"Then Greenwood made this run and he decides, ‘I need to catch him’ – how Millie is, putting the team always first. And that created a bigger injury in that moment, that run.

"It shows a lot about his character and his will power to put the team first.

"This [injury] will be until the international break for sure, so it’s a long one. But we will need him in the coming period.

"My job title is assistant manager but I think you can give that job title to Millie as well.

"He connects the staff and the players in how he assists our manager. So, he has a role to play and he knows this, so all good. He needs to stay vocal, let me say it like this.

"Fabinho will not be ready for tomorrow’s game, we will assess him day by day still. He can make the game on Saturday hopefully.

"Then we have Thiago as well, who is closer to team training than ever.

"He will be later in the week with the team training. Probably Brighton comes too early but it’s good that he is back, especially in the situation we are in."

Lijnders said Jurgen Klopp will make several changes to his starting 11 in order to freshen things up.

"We need to respect the recovery process and use our squad. Our game needs freshness and we want our players to be unpredictable and to feel free to attack.

"We want to attack tomorrow's game. The only way to press how we press it to use players that are fully able to do that.

"If we show our mentality and hunger, we will be good in every game."