Following his winning point in last week's win over Galway, Killian Spillane's been named to star...

Following his winning point in last week's win over Galway, Killian Spillane's been named to start for Kerry against Tyrone on Sunday.

Sean O'Shea's introduced to the half-forward line in place of Gavin O'Brien.

Tadhg Morley returns to the starting fifteen with Shane Enright dropping out.

Graham O'Sullivan and Micheál Burns, who were both late additions to last weekend's starting XV, retain their places in Peter Keane's side.

The Kingdom have a win and a draw to their name from their opening two games in Division One and go into the weekend 3rd in the table. 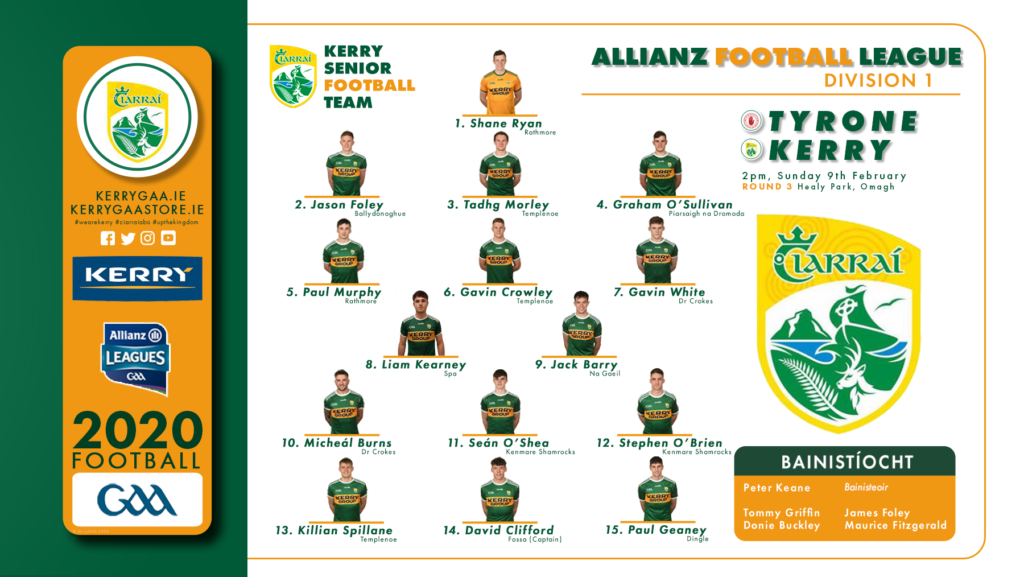