Lingard failed to register any goals or assists for his club for the entire calendar year of 2019.

Lingard is said to have linked up with football 'super agent' Mino Raiola, who also represents Paul Pogba, and Norwegian boss Solskjaer said at a press conference today that the 27-year-old can be a vital player for United.

"See, Jesse has had his ups and downs as I’ve spoken about before but against City and Tottenham, [those are] two games of examples of how important he can be for us in difficult games, we want him back scoring and making assists.

"[There's] no one who runs as much, [he's a] lively bubbly character, I don’t think you see as much social media from Jesse as you used to. 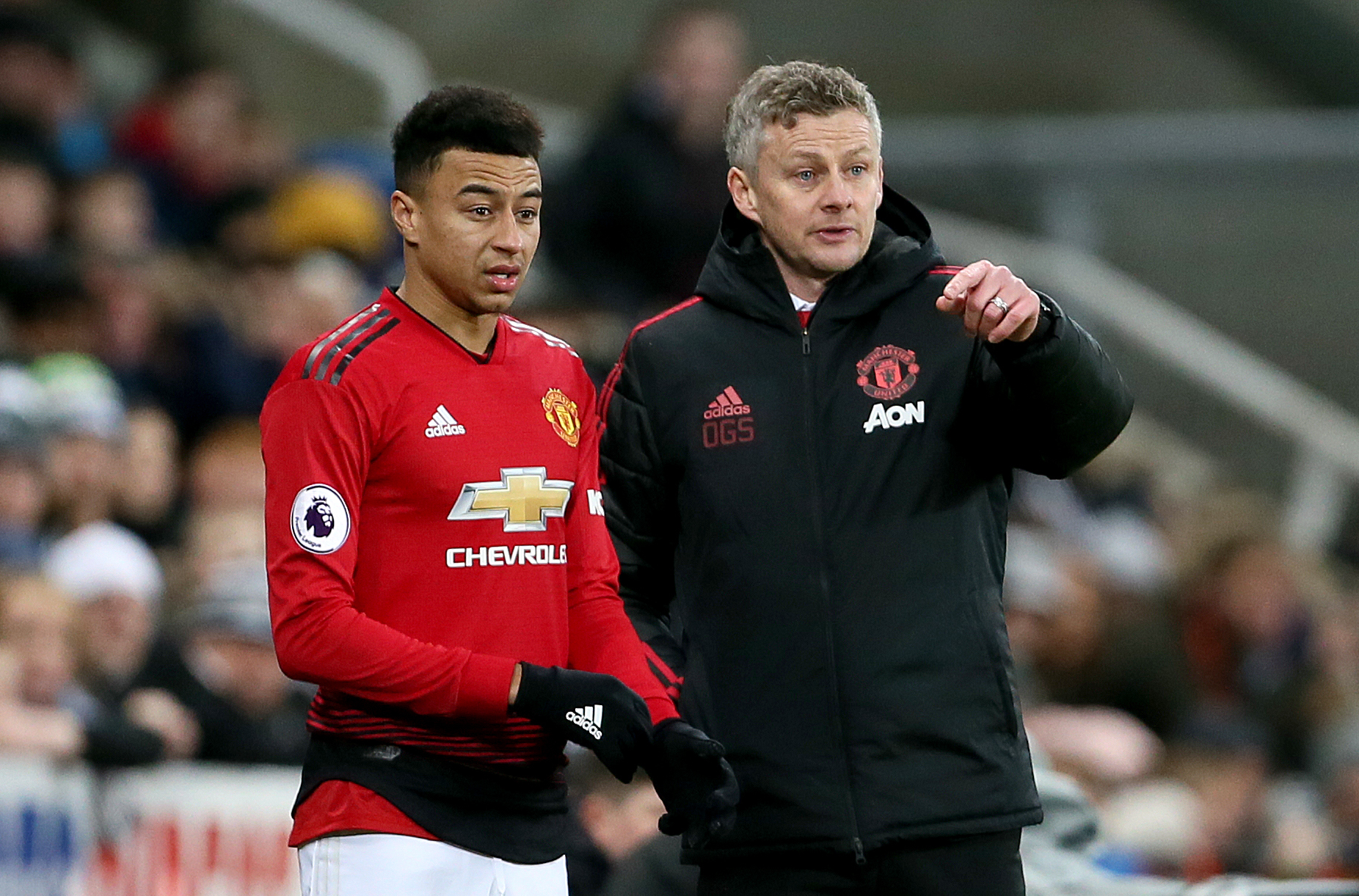 "He's got his head down and he's working hard and getting back to the Jesse I knew."

Solskjaer said that the issue of social media use is only something he gets himself involved in if it relates to on-pitch matters.

"It’s part of being a Manchester United player, how you come across and it’s important that you do give up yourself in a positive way and if it’s football-related, I do speak to players about how they portray themselves. I don’t have these social media things but it’s a different generation."

Lingard, Anthony Martial, and Luke Shaw all missed Saturday night's goalless FA Cup third round draw at Wolves through illness, while centre-half Harry Maguire appeared to be limping at Molineaux after a challenge on Adama Traore.

Solskjaer gave no indication in his pre-match press conference today on whether any of those players are likely to make the Old Trafford clash with City tomorrow evening.

"[We're] gonna give them as much time as we can, that’s the most correct and honest answer I can give, some of them are still not ready.

"If it was a game today I'm not sure they could perform at their best but [it's] another 36 hours until I give them the team.

"I can’t give you the team at the moment, we’ll keep the team until tomorrow because I don’t think the boys know who’s fit and available yet either."

The United manager also spoke about his side's desire to lift trophies this season.

"You always want to win trophies and we’re so close now, but having local derbies in the semi-final means we are hopefully gonna have two good games and two good days in Manchester.

"There are two games so we have to know when this game finishes it's half time, we've still got to go to the Etihad, finish the job off if we do well tomorrow.

"It’s a two-game tie but just focus on this one because it's three weeks until the next one."