The 32-year-old Bray native became the unified world lightweight champion in New York over the weekend.

The 2012 Olympic champion outpointed Delfine Persoon of Belgium at Madison Square Garden on Saturday night to add the WBC title to the WBA, IBF and WBO belts she held going into the fight.

It's the first time the Bray native has been home after spending time at her US training camp to prepare for the fight.

Taylor commented on her arrival: "the best part about this is just seeing so many female boxers here today, every female boxer in every single boxing club around the country, it's absolutely phenomenal".

Persoon has already confirmed she will lodge an official complaint with boxing authorities following the decision. Judges scored the bout 95-95, 96-94, 96-94 in Taylor's favour but many felt it should have gone the way of the Belgian.

Persoon told Belgian publisher Sudpresse: "Yes, we will file a claim. Even if it will probably not help anything."

Taylor commented on the scorecards: "No I don't think I ever had any doubts, Brian (Peters) knew it and Ross (Enamait) knew straight away that I had it from very early in the fight".

"I think I racked up some of the earlier rounds and it was a very very close fight, she's a great champion, that's what happens when the best fight the best".

"It was an absolute battle but thankfully I came out victorious". 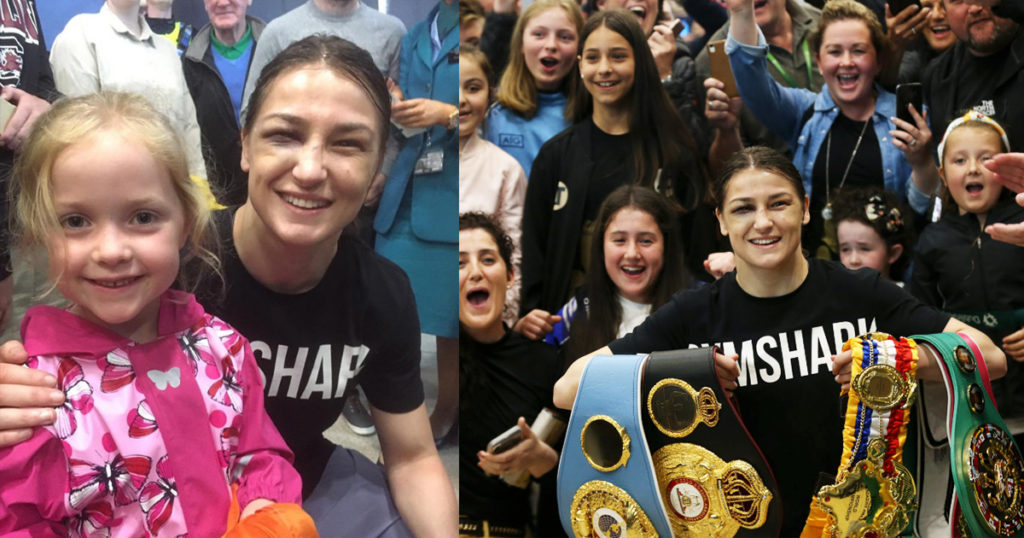 Taylor is also keen on a rematch: "Yeah the rematch is definitely inevitable, I think, it's going to be a great rivalry",

"It's a fight that people would love to see again and I think it was the fight of the night again",

"Everyone is talking about the fight, it was so close so I'd absolutely love a rematch."