John Daly hits back at Tiger and his golf cart critics

John Daly has hit back at the criticism of his plans to use a golf buggy at this week's US PGA Ch...

John Daly hits back at Tiger and his golf cart critics

John Daly has hit back at the criticism of his plans to use a golf buggy at this week's US PGA Championship. Tiger Woods is among those unimpressed about the prospect of Daly driving around the famous Bethpage Black course in New York.

Nick Faldo has also questioned the decision. "I think walking is an integral part of being a pro golfer".

John Daly is considered one of the most outlandish golfers both on and off the course.

He is a two time major winner and has a lifetime exemption for the PGA Championship following his 1991 triumph at Crooked Stick.

Now 53, Daly is ranked 1,848 in the world and has diabetes and arthritis in his right knee. He applied to use to a golf cart through the Americans with Disabilities Act.

He will be the first player not to walk at a major since Casey Martin at the 2012 US Open. Martin suffers from a birth defect in his right leg. He brought a case to the United States Supreme Court over the right to use a golf cart.

Woods famously won the 2008 US Open with a stress fracture in his left tibia and a partially torn ACL in his left knee, but Daly wishes he had “all the facts”.

"He got his [injury] fixed for some reason. No doctor will replace my knee because of a different type of problem. It's hard to explain why. I'm not a doctor."

“Osteoarthritis is a tough thing, brother. If my knee was broke, I would have had it fixed. But my situation is totally different. It's painful as hell is all I can say. As was Tiger's, I'm sure.''

John Daly was denied permission to use a golf cart at last year's U.S. Senior Open, but is allowed to ride on the 50-and-over Champions Tour.

“On all of our entry information for all of our championships, we have a clause for ADA purposes in that any player who has an ADA concern or issue is allowed to apply and give the reasons for the exemption that he or she may want to apply for.”

“In this case, John went through the process, sent in the information that we request of any and all players that this applies to.” 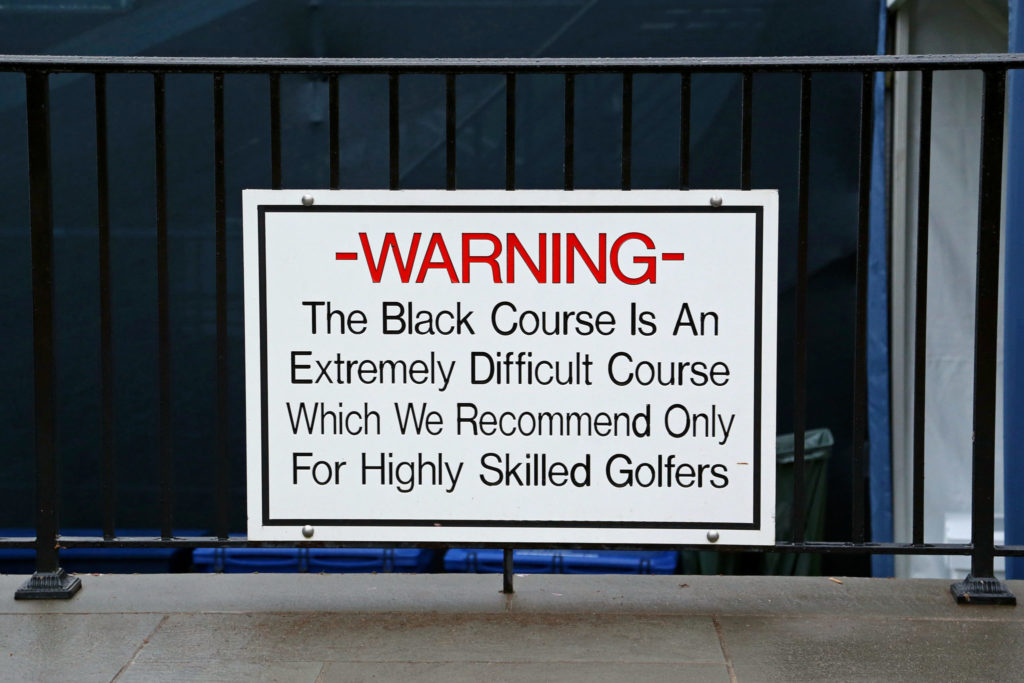 There is a warning sign posted on the Black Course, which is “extremely difficult” and “recommended only for highly skilled golfers”.

Haigh admits there will be some places where the golf cart will not be able to get to.

“We try and use common sense, what’s reasonable, what’s fair for the protection both of the player and those issues as well as the playing of a major championship.”

John Daly will tee off alongside fellow American Rich Beem and Korea’s Y.E. Yang at 5.54pm Irish time on Thursday.