John Caulfield says it's with 'great sadness' that he's stepped down as Cork City manager. He led...

John Caulfield says it's with 'great sadness' that he's stepped down as Cork City manager.

He led the club to a Premier Division and FAI Cup double in 2017 but they've struggled this season and sit just three-points above the relegation zone.

Monday's one-all draw with Finn Harps marked City's eighth successive game without a win and Caulfield says he feels 'the time is right' to part ways with the club.

Caulfield, who also scored 129 goals in 455 games for Cork as a player, has released a statement about his departure this lunchtime. 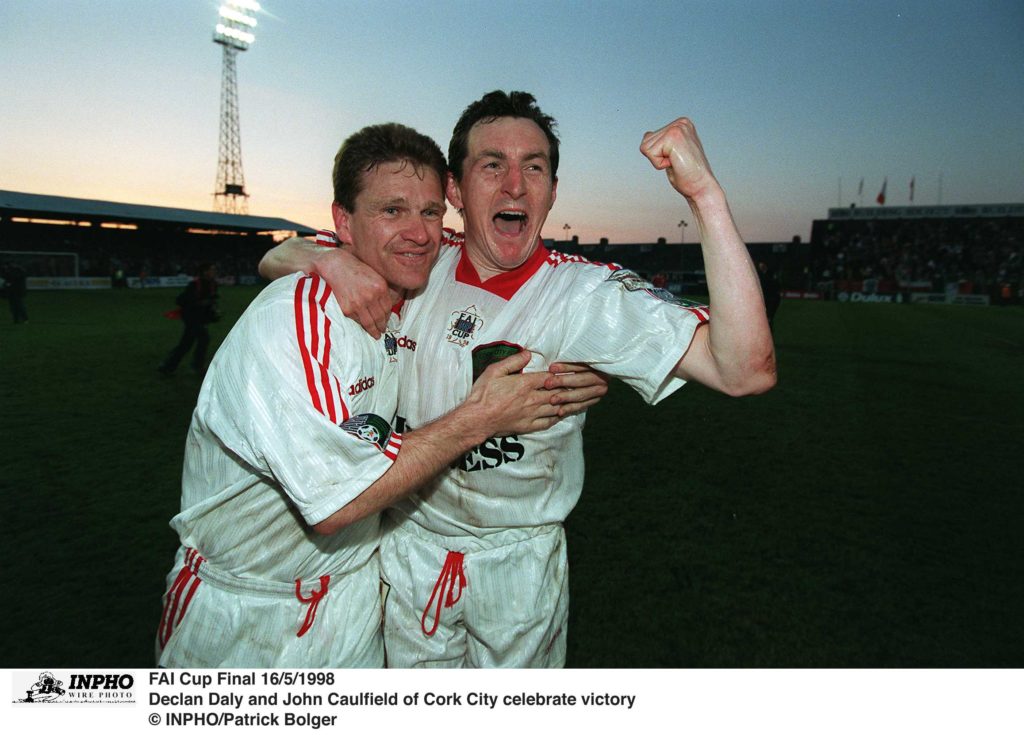 "It’s with great sadness that my time at a truly great club, that I’ve had the privilege to serve for over 20 years of my life, has come to an end.

I have loved every goal, every game, every win and every trophy as a player and as a manager at Cork City FC.

I have seen the club grow over the years and it was a pleasure to work with so many great players, coaches and people at the club.

I am so grateful to my family; my staff, in particular John Cotter, Liam Kearney, Lisa Fallon, Mick Punch and Phil Harrington. I thank Pat Lyons and the previous board for their support and would like to wish Declan Carey and the new board every success moving forward.

To the supporters, there’s not a lot to say except thank you. Thank you for all the memories and all the great moments that we have shared. Your fantastic support has always meant so much to me.

There’s something truly special about Cork City FC and I thank you for letting me be part of it for so long, both as a player and manager.

I’m looking forward to my next challenge but will never forget how much pleasure and epic memories the Rebel Army have given me.

Thank you and continued success to this very special football club