'It was unbelievably clever from him, I was fuming' | Sexton on Dan Biggar's intercept

There was always going to be a bit of ring rust for Johnny Sexton against Wales seeing as it was ...

'It was unbelievably clever from him, I was fuming' | Sexton on Dan Biggar's intercept

There was always going to be a bit of ring rust for Johnny Sexton against Wales seeing as it was his first game since the Pro 14 final back in May.

While overall he was pleased with his own performance and the team's on Saturday, he felt there were a few moments which he could have handled better.

Speaking to Off The Ball he said, "There are some areas where you make a mistake that you do in your first game back.

"It was one metre away from being a perfect kick, Keith [Earls] catches it and goes down the wing.

"It's just one of those things you just hopefully don't do again," Sexton said.

The more notable mistake he made was when his pass was intercepted by Wales' outhalf Dan Biggar.

While a last-ditch tackle from Robbie Henshaw stopped Biggar from scoring, Sexton thought there was a reason the out-half found it so easy to telegraph his pass. 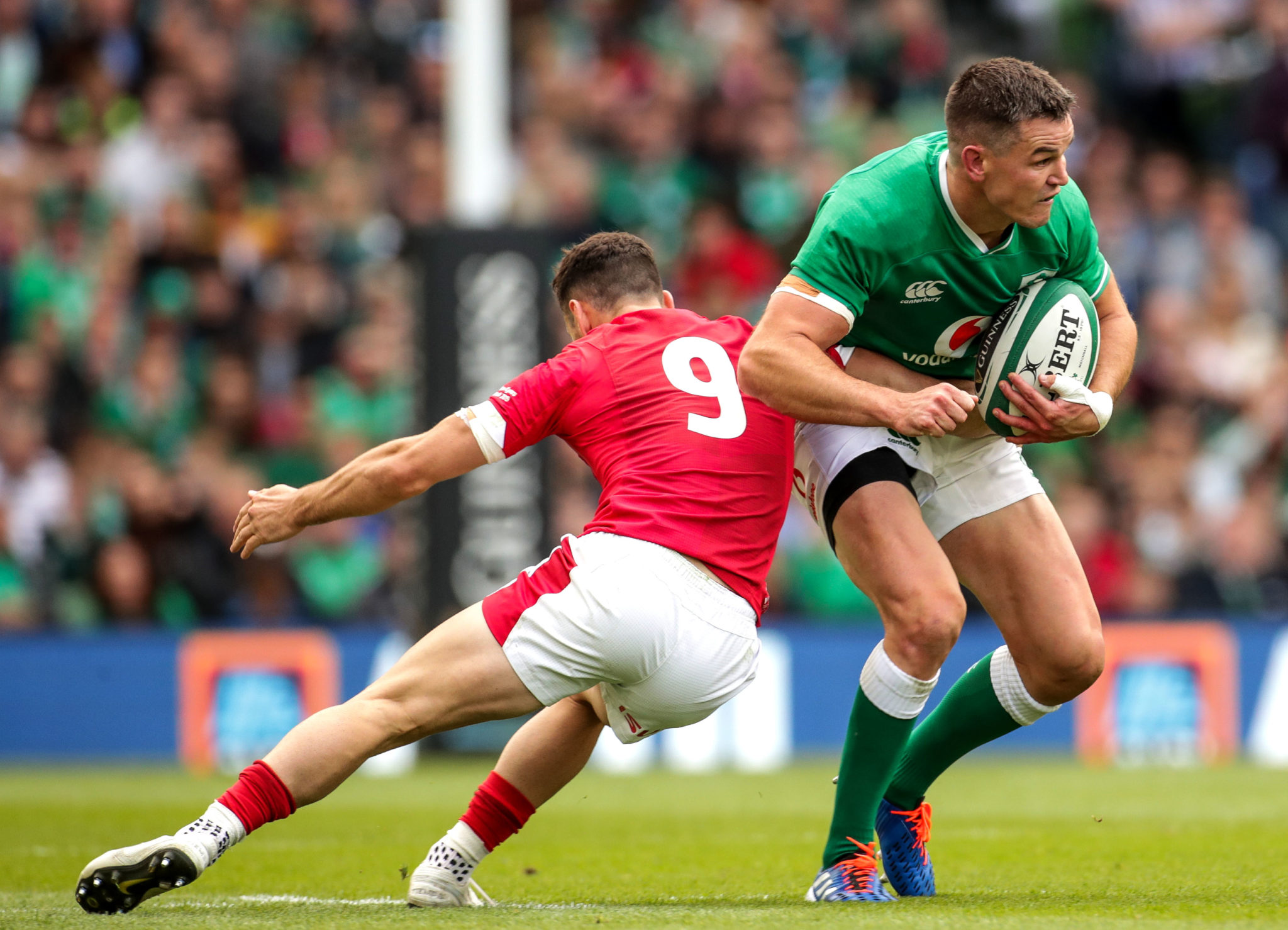 "It was very clever by him you know when he didn't score he said to the ref straight away - when I was asking him to check the offside - Dan [Biggar] said 'Oh it was no try, sir.

"He knew that if he went back and checked the try he would go back and check for offside, we would have had a penalty in front of the sticks," the Irish out-half said.

While initially, he was annoyed that the ref did not go back and check it, he did see the funny side of it later on.

"It was unbelievably clever by him and I was fuming. I was saying to the ref 'He is tricking you!'

"So I had a good laugh with Dan after that anyway. He's a clever player and he knew he was probably going to be offside.

"There is a mistake that in a big game could cost you the game, but there is nothing I could have done about it," Sexton said.