It's the opening weekend of the Allianz National Hurling League and eight-time All-Ireland winner...

It's the opening weekend of the Allianz National Hurling League and eight-time All-Ireland winner with Kilkenny, Aidan Fogarty, joined Ger Gilroy on Off The Ball to assess the chances of the teams in both the league and All-Ireland this season.

John Kiely's Limerick come into the 2021 campaign as the reigning and defending National National League, Munster and All-Ireland Hurling champions and Fogarty believes the Treaty men are still the top team in Ireland.

"They're absolutely the favourites. Limerick are definitely the best team in the country but they can be beaten if the opposition team are physically right and up for it.

"We've seen Kilkenny when they took them down. Maybe it took it everything out of them 'cos they went on to flop in the All-Ireland final but they absolutely went for Limerick that day and caught them.

"I think it's Limerick then Galway and maybe Tipperary and then Kilkenny, Cork and Waterford and maybe Clare, Wexford and Dublin after that.

"You have to catch them on the day because if a game goes to a replay, you'd fancy Limerick to win that. Maybe it would take Limerick being off that 1% that could make the difference.

"They're still the favourites but it's not going to be easy for them this year." 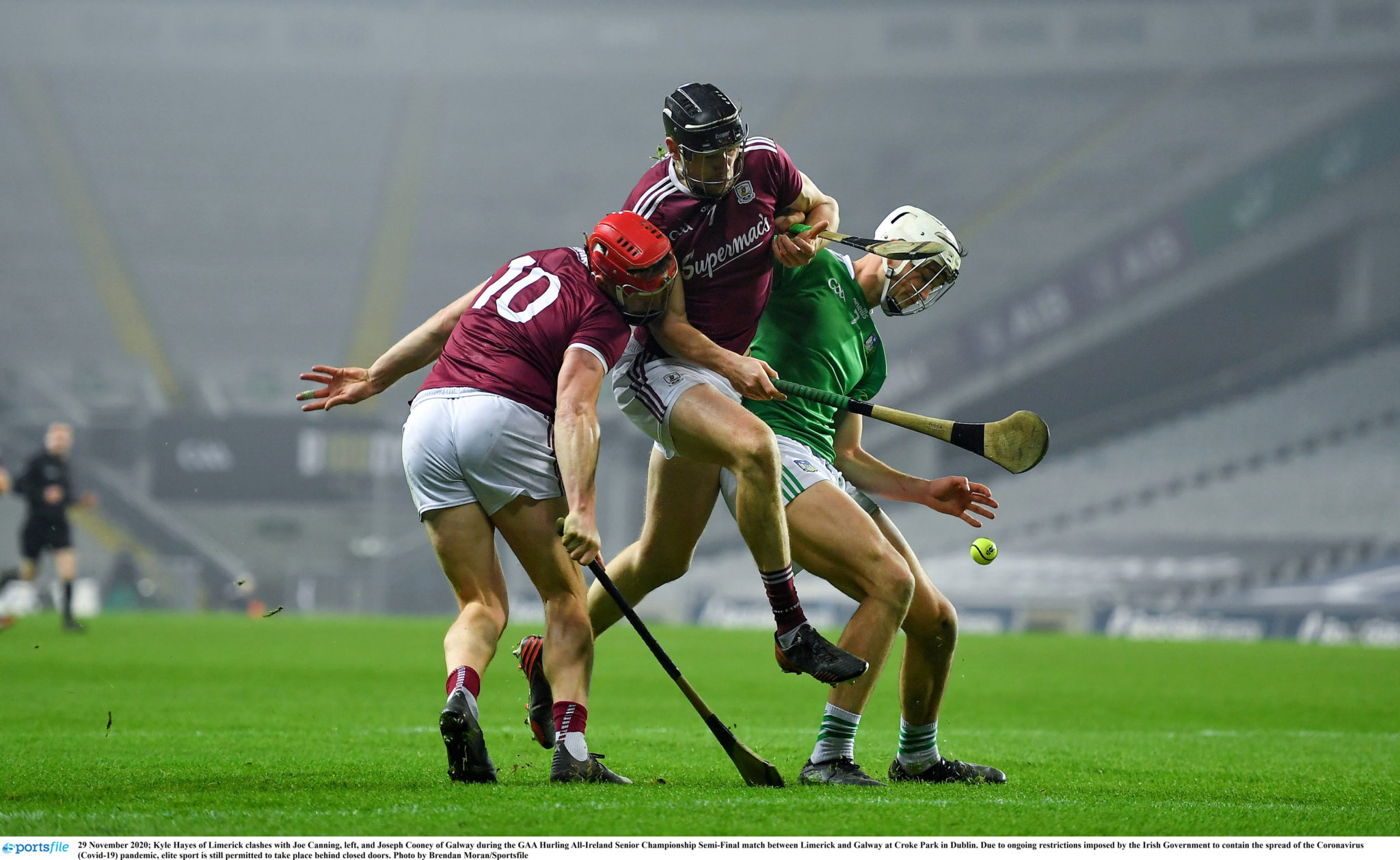 Galway and Cork a bad match-up for Limerick

Definitely, physicality wise Galway can match Limerick and that's a huge thing. Anyone that matches Limerick physically is able to disrupt their rhythm.

"Galway on their day can definitely take Limerick down. Cork always trouble Limerick as well. Their running game, the fast pace with which they play, they just seem to trouble them.

"If you had a mix of the Galway physicality and the Cork game-plan then would be the team to take down Limerick." 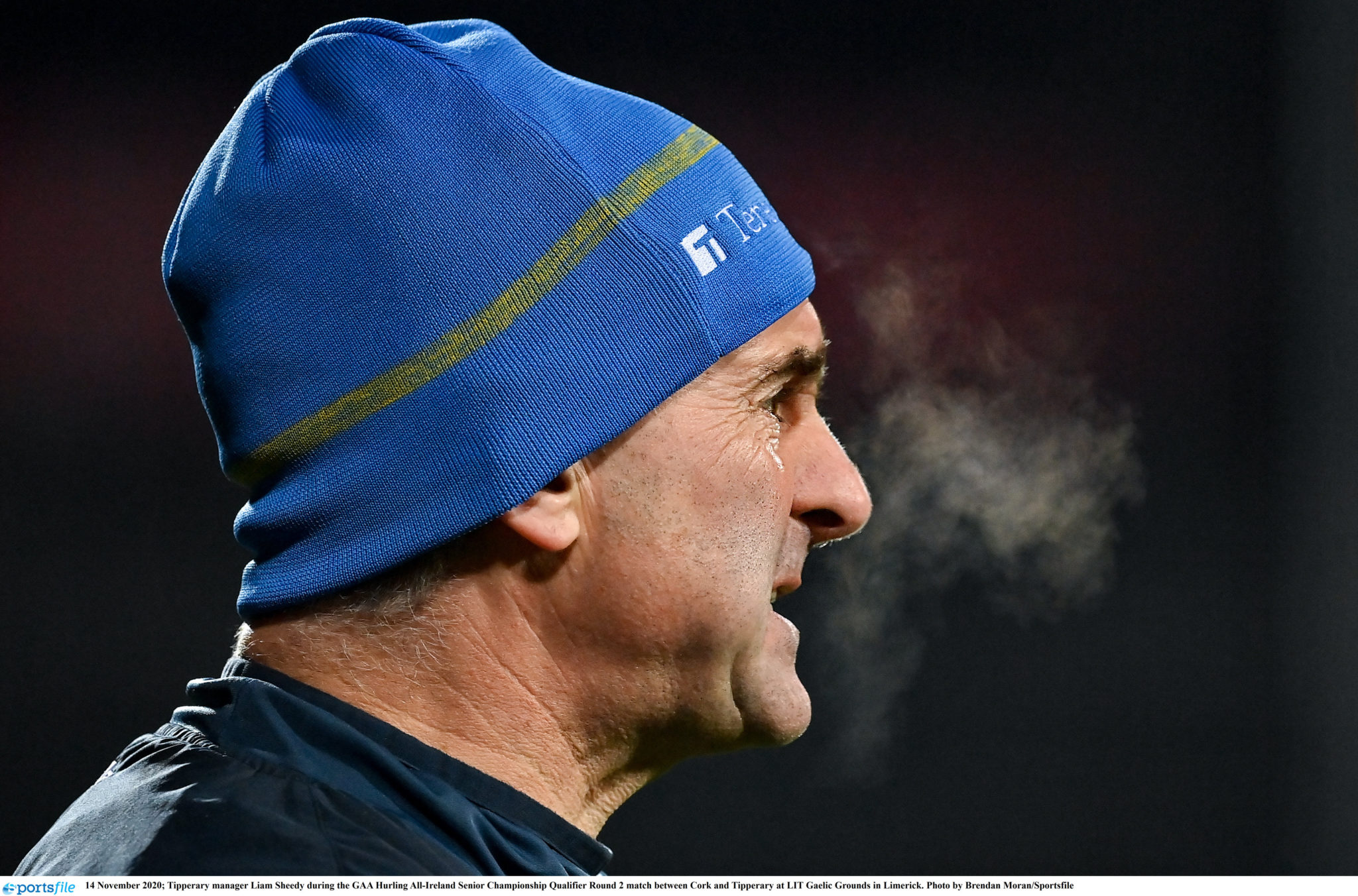 Tipperary need a shake up?

"Last year COVID-19 came and there was no time for anything. Liam went with the tried and trusted and they looked a bit tired and lethargic.

"Seamus Callanan is 33, Noel McGrath is 31, Pádraic Maher is in his 30s, these guys are pushing on.

"The conundrum now for Liam is that he has one year left. Does he go again for the tried and trusted just for this year because of the short window? Will they have it in the legs? Or does he make the hard calls?

"Is there people challenging these players in training? People might say, 'oh he's gone with Seamus again', but are there players pushing and competing for Seamus Callanan's place? I'm not so sure.

"They won the under-21 All-Ireland n 2019, surely some of those lads are coming through. Realistically the only player that's made an impact from that team so far is Jake Morris." 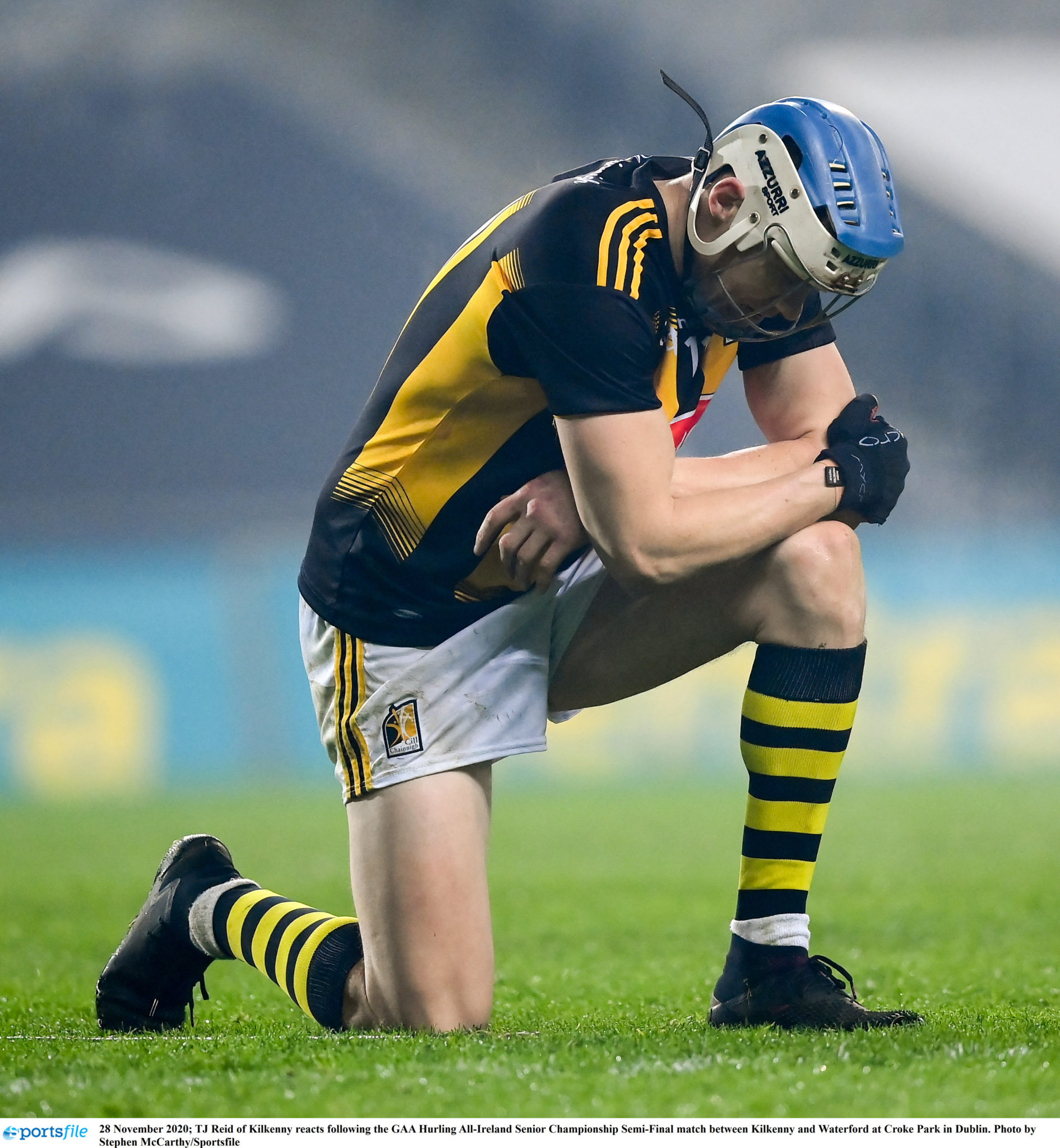 Kilkenny in a good position but reliant on Reid

"I think Kilkenny are in a good position this year and I'm not just saying that because I'm a Kilkenny man.

"There's a couple of new lads on the team, Darragh Corcoran and James Bergin. Adrian Mullen is back in at centre-half-forward and Kilkenny were carrying a few injuries last year as well.

"Paul Murphy's retired, so there is going to be a freshness there. Look, they were hot and cold last year. Realistically Galway should have beaten them in the Leinster final.

"They fell apart in the second-half of the All-Ireland semi-final (against Waterford), so they're lacking consistency. There's not a consistent 15 being picked in terms of team selection.

"The reliance on TJ Reid is very worrying for Kilkenny as well. A very hard team to beat but still missing that x-factor, those one or two clinical players up front." 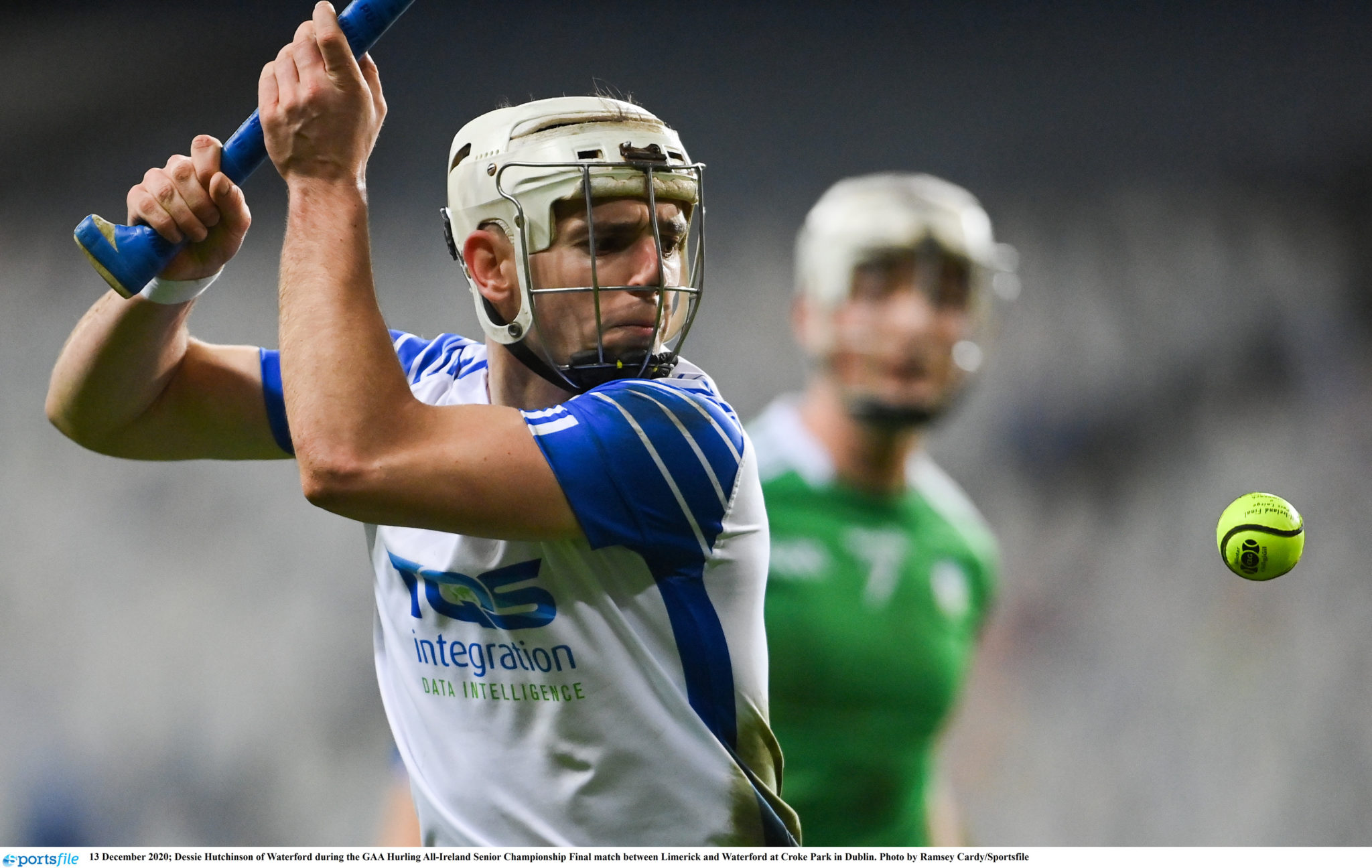 Waterford are up and down

Waterford contested an All-Ireland final in Liam Cahill's first season in charge but Fogarty thinks it'll be hard for the Deise to match their run to Croke Park in the winter of 2020.

"They're up and down. The only thing I find different about Waterford now is Liam Cahill.

"He's a Tipp man and very driven and very grounded. He's done it on the pitch himself, he's done it with Tipperary's underage teams and he's bringing a steely mentality.

"We're used to it over the years where they'd have a massive year and then fade away. I think with Liam and the players he has coming through, they're a different breed.

"They're still reliant on Austin Gleeson on his good day, because he's still inconsistent. They're lacking a bit of leadership and the real belief is not in them yet.

"I couldn't see them in an All-Ireland final again this year." 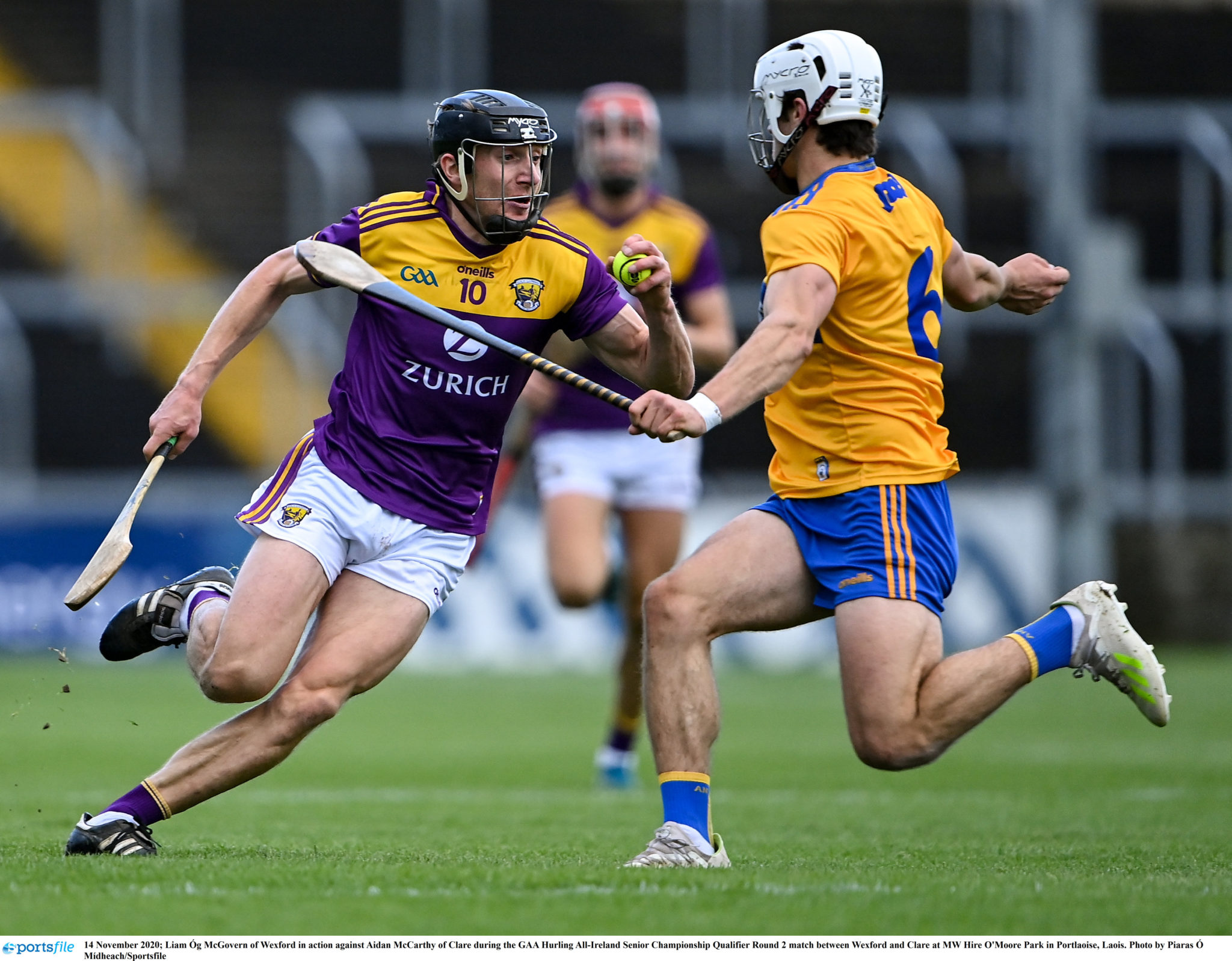 Clare and Wexford not All-Ireland contenders

Clare reached the All-Ireland quarter-finals last year, despite being without a host of key players. But Fogarty is not sure if Brian Lohan's team can kick on beyond that stage this summer.

"Clare were devastated by injury last year," the eight-time All-Ireland winner said of the Banner County.  They had the two Galvin brothers missing, John Conlan, Peter Duggan was gone travelling.

"Any team would suffer from not having those kinda players available. If Tony Kelly brings last season's form back into this year, and with those lads back, there could be a kick in them.

But I don't think they're All-Ireland contenders, I think they could beat any team on their day but they still lack that hard-nut ruthlessness to get them over the line on All-Ireland final day."

While Fogarty feels that Davy Fitzgerald's Wexford are on a downward trajectory heading into his fifth season in charge.

"I think their peak was two years ago. The style of hurling which Wexford play with is high-intensity, it's a running game, it's man on the shoulder stuff.

"To get to that level, if you're playing at Croke Park, it's a huge pitch and you make a big run and your tongue is hanging out while getting back into position.

"These lads are falling back and playing from deep. To get to that level of fitness, that level of stickwork and the precious passing which they play, they have to be training for months collectively.

"They don't have time to do that this year and I think that intensity of training does drain it out of you as well. I think they've gone a bit stale."