The news comes just over a week after Hoare helped to end Rovers' double dreams by scoring the third goal for Dundalk in their FAI Cup final extra-time win against the Premier Division champions.

The 26-year-old brings a huge amount of experience to Tallaght Stadium having won the FAI Cup and two League Cups with his first club St. Patrick's Athletic before going on to win back-to-back league titles with Dundalk and also playing a big part in their Europa League group campaign this year.

"He fits our type of profile for a defender and he’s very versatile," said Rovers head coach Stephen Bradley.

"He’s a good age as well so he’s one we’ve liked for quite some time. He’s played in the league a long time and obviously been very successful.

"He’s played in Europe and knows what the league’s about. Everything about him suits the type of player we bring in. He’s only 26 but he has a lot experience." 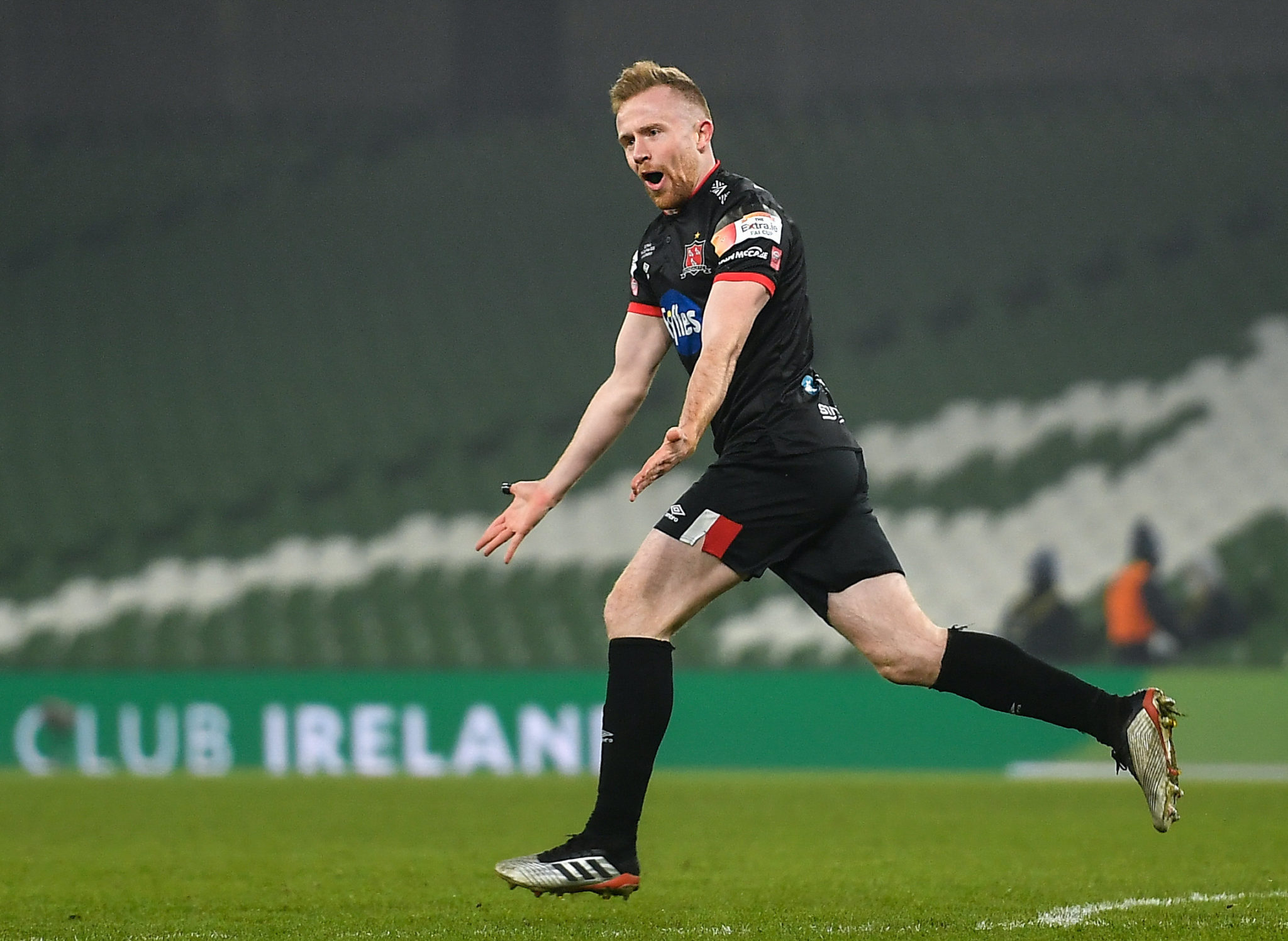 6 December 2020; Sean Hoare of Dundalk celebrates after scoring his side's third goal during the Extra.ie FAI Cup Final match between Shamrock Rovers and Dundalk at the Aviva Stadium in Dublin. Photo by Eóin Noonan/Sportsfile

After winning last year's FAI Cup, Bradley steered the Hoops to a first league success in nine years at the end of the shortened Premier Division season.

The arrival of Hoare strengthens his own squad while also weakening one of their rivals ahead of the 2021 season.

"It’s important as a group that we keep improving. We have the best defensive record, our defenders have been excellent but we have to keep improving in everything we do – on and off the pitch," added Bradley.

"Sean represents a chance to do that so once he became available it was a no-brainer. I’m delighted that when we sat down with him and spoke about what we’re doing and how we do things, he was very positive about coming."

33-year-old McCann brings a wealth of experience to his new club having plied his trade in the UK and America, in the Premier League, Championship and Major League Soccer.

He made over 260 appearances with Burnley before moving to Wigan Athletic and then to the U.S where he played for Atlanta United and DC United, with whom he won the 2017/18 title. He most recently had a short stint with Oldham Athletic and Bradley believes he will make his squad better.

"You just have to look at Chris’ pedigree, where he’s played and the level he’s played at. He just recently won the MLS so he’s played at a really high level," said the Rovers boss.

Bradley also revealed that McCann is a big fan of the club and of the current crop, having been to see them several times.

"He’s watched us play the last 12 months or so and really liked how we play. Once we spoke to him, he knew a lot about us to be fair to him. It was just about getting it moving and thankfully we were able to get it done."

Dundalk end of an era | Gary Rogers has decided to hang up his gloves.