Glasgow Warriors Head Coach Dave Rennie has been approached by the All Blacks in relation to thei...

Glasgow Warriors Head Coach Dave Rennie has been approached by the All Blacks in relation to their upcoming coaching vacancy.

Steve Hansen will depart his role in charge after their World Cup third/fourth-place play-off against Wales tomorrow in Japan.

Rennie's name has previously featured as a potential successor to Michael Cheika with Australia. The Wallabies were knocked out of the tournament in Japan by England - beaten 4o-16 at the quarter-final stage.

Rennie's contract at Scotstoun doesn't expire until the summer, so it is unclear if he will see out that commitment.

The 55-year-old New Zealand native told STV that he expects a number of top coaches from the country will have been approached.

"Obviously it's flattering, it's humbling. They've [New Zealand] always been such a great side.

"I guess I haven't had a lot of time to dwell on that because I'm totally focused on what I'm doing here. 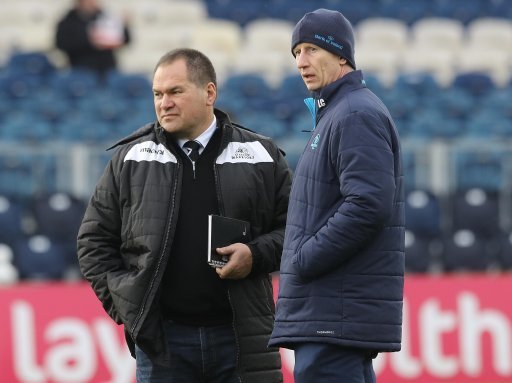 "They've probably made contact with a number of Kiwis who are coaching over this way about interest for the role.

"They will have a process where they interview then make an appointment in the new year."

Rennie also gave his reaction to the prior speculation linking him with a move to Australia.

"There's going to be speculation all the time when new jobs are up for grabs.

"They are naming a number of people, I guess, who are potential replacements for both of those jobs. I guess time will tell."

The highly-rated Rennie replaced current Scotland boss Gregor Townsend in Glasgow two years ago, helping the side to the PRO 14 final and the last-eight of the Champions Cup in that time.

The Kiwi was a centre during his own provincial playing career, while his managerial stints have seen him also at the helm with the Chiefs, Manawatu, Wellington, and the New Zealand under-20s side.

Rennies' Warriors side host the Southern Kings tomorrow evening at 7.35pm in the PRO 14.