Hosts France needed a retaken penalty to maintain their winning start to the Women's World Cup.

France finished top of Group A with nine points following a 1-0 win over Nigeria in Rennes last night.

The hosts remain on course for a quarter-final showdown with the USA but Corinne Diacre's side have plenty to improve on.

The French failed to create any clearcut chances but they were awarded a penalty 15 minutes from time. The spot-kick was given after a video assistant referee review for a foul on Viviane Asseyi, who was shown a second yellow.

Wendie Renard stepped up but her effort hit the post and went wide.

However, Nigeria goalkeeper Chiamaka Nnadozie was ruled to have moved off her line early and Renard made no mistake the second time around. 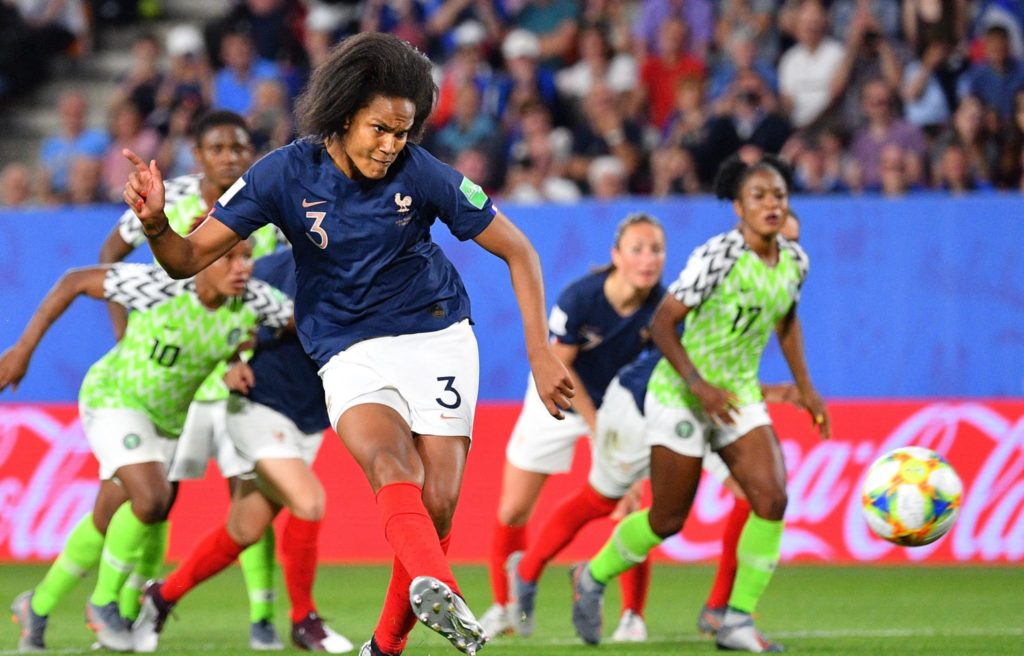 The Nigeria players protested but the new rule, introduced from June 1, states the keeper must have one foot partly on the goal line when the kick is taken.

France will have a last 16 game in Le Havre against an unknown opponent while Nigeria still have a chance of making the knockout stages as one of the best third-placed teams.

Elsewhere, Germany topped Group B with a 4-0 win over South Africa while a 0-0 draw between Spain and China saw both countries progress to the last 16.