The 26-year old suffered a fracture-dislocation in his right ankle during Sunday's 1-1 draw with Tottenham at Goodison Park.

The Merseyside club says the procedure went "extremely well" and Gomes will continue his rehab with the Everton medical team.

Everton are yet to put a timescale on Gomes' recovery but he will almost certainly miss the rest of the season and could be out for up to a year.

Son was shown a red card for the tackle, despite referee Martin Atkinson originally taking a yellow from his pocket. The Premier League later clarified that the yellow was never issued claiming that "the red card was shown to Son for "endangering the safety of a player". 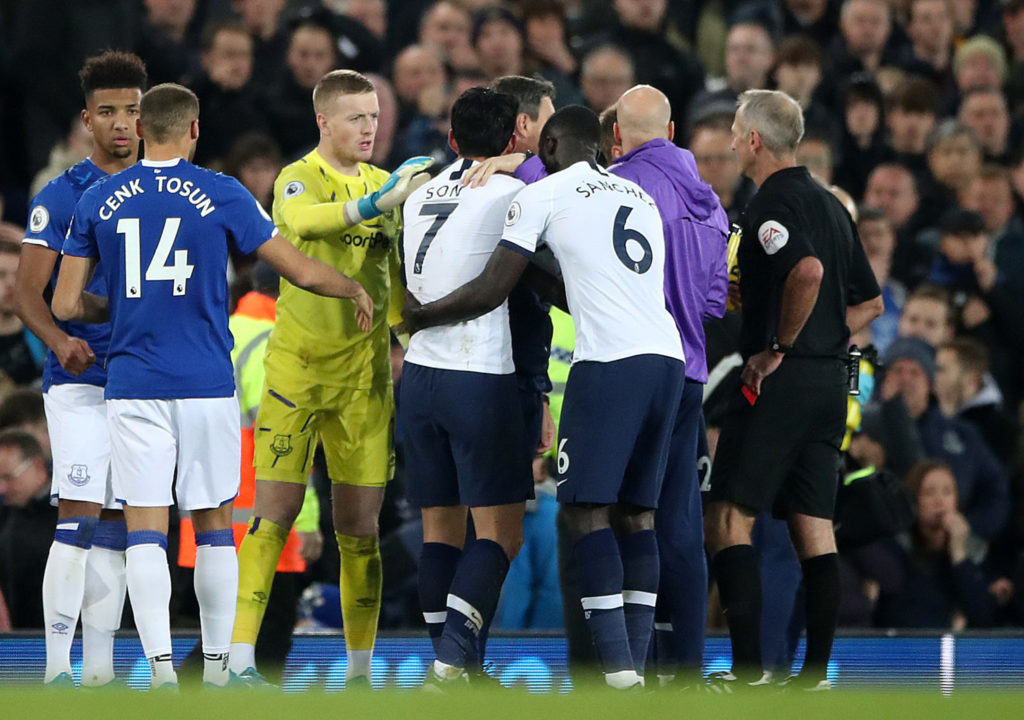 Tottenham Hotspur's Son Heung-min is sent off for a challenge on Everton's Andre Gomes during the Premier League match at Goodison Park, Liverpool.

Tottenham have appealed that red card and the three-game ban that would accompany it.

Last season's Champions League finalists have offered Son counselling after he was seen to be visibly distraught at the extent of Gomes' injury.

Tottenham manager Mauricio Pochettino sent his best wishes to Gomes but he felt Son should not have been shown a red.

The Spurs boss said: "it was clear it was never the intention of Son to create the problem that happened afterwards. It is unbelievable to see a red card.

"In that situation, we need to help because the decision of the referee was a yellow card but the VAR changed the decision. It is the latest example of it being not clear.

"VAR needs to check if it was a bad tackle from Son and judge the action, not what happened after."