The redevelopment of Dalymount Park has been given a grant of €918,750 by the Department of Tra...

The redevelopment of Dalymount Park has been given a grant of €918,750 by the Department of Transport, Tourism and Sport.

Dalymount's long-awaited redevelopment is expected to cost €34,300,000, with this money expected to go towards exploratory works.

As the application was made by Dublin City Council, the Dalymount money was not subject to the government freeze on FAI-related projects.

In a statement, Bohemians welcomed the news of the investment which they say will go towards appointing, "architects, engineers and a design team to work alongside project managers."

Other projects confirmed to be in receipt of government funding include the proposed National Watersports Campus in Dun Laoghaire, which would include a "mixed use space for hosting international sailing championships, swimming, triathlon, rowing and canoeing. The total cost of that project lies at €8,591,718, with €441,893 handed over.

Phase 1 of the Indoor Sports Centre at TU Dublin in Grangegorman's been allocated €1,747,500 of its €45million total - the most expensive project among the list of seven.

38 applications totalling funding of €17,758,371 were sought, but only those seven were allocated. 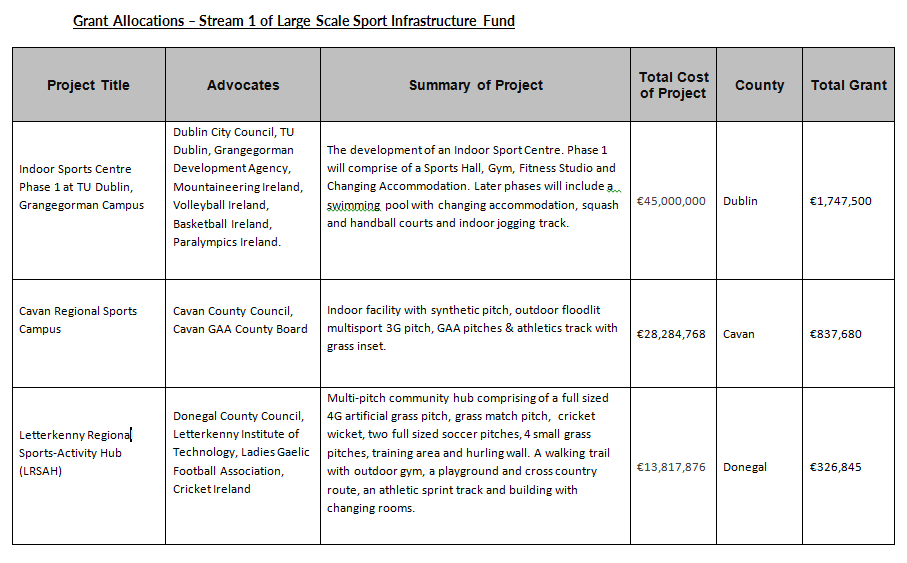 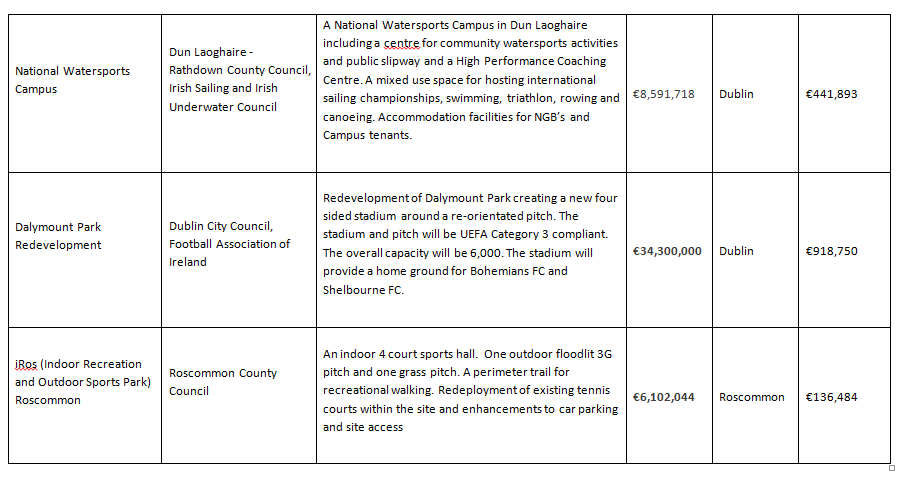 Announcement of these allocations follow the €77.4million given to 25 individual projects last week.

Minister of Sport Shane Ross has called the announcement of these grants as "significant", adding that, "It is well established that participation in sport plays a significant role in improving people’s health and wellbeing.

"It is particularly important to get our young people involved in sports and to do so, we must have good quality, safe and attractive sports facilities.

"The grants we are announcing today in addition to the 25 grants announced on Friday last, will help deliver state-of the–art facilities across the country and across a variety of sports."

The Dalymount redevelopment has been beset by a number of delays since it was first announced in October 2018.

The current stadium is set to be demolished, with the pitch rotated 90-degrees and a new four-sided stadium to be built to house 6,000 supporters. The Phibsborough ground would then be home to both Bohemians and Shelbourne.

Tesco have opposed the redevelopment in its current form as they claim the Phibsborough branch would be unable to receive deliveries should it go ahead.

Bohs say the redevelopment "in conjunction with the proposed redevelopment of Phibsborough Shopping Centre, offers a unique opportunity to develop a community-owned sporting and cultural space in the heart of Dublin 7 for generations to come."

Dublin Chamber of Commerce echoed Bohemians' statement, calling it a "really important project for Phibsborough and the northside of Dublin."

We’re pleased to see the redevelopment of Dalymount Park move a step closer today with the award of almost €1m in state funding towards the early stages of the scheme. A really important project for Phibsborough and the northside of Dublin. #BetterDublin pic.twitter.com/iKAQIA5rC6