Brendan Boyce finished sixth in the World Championships 50 kilometre walk race and celebrated by moonwalking over the line.

Speaking after the race in Doha after finishing in just over four hours, Brendan Boyce said, "It was easy for 40 kilometres. I just zoned out and I was like, 'this is a training session'. I was about ninth or eighth place already, then I thought about picking people off. 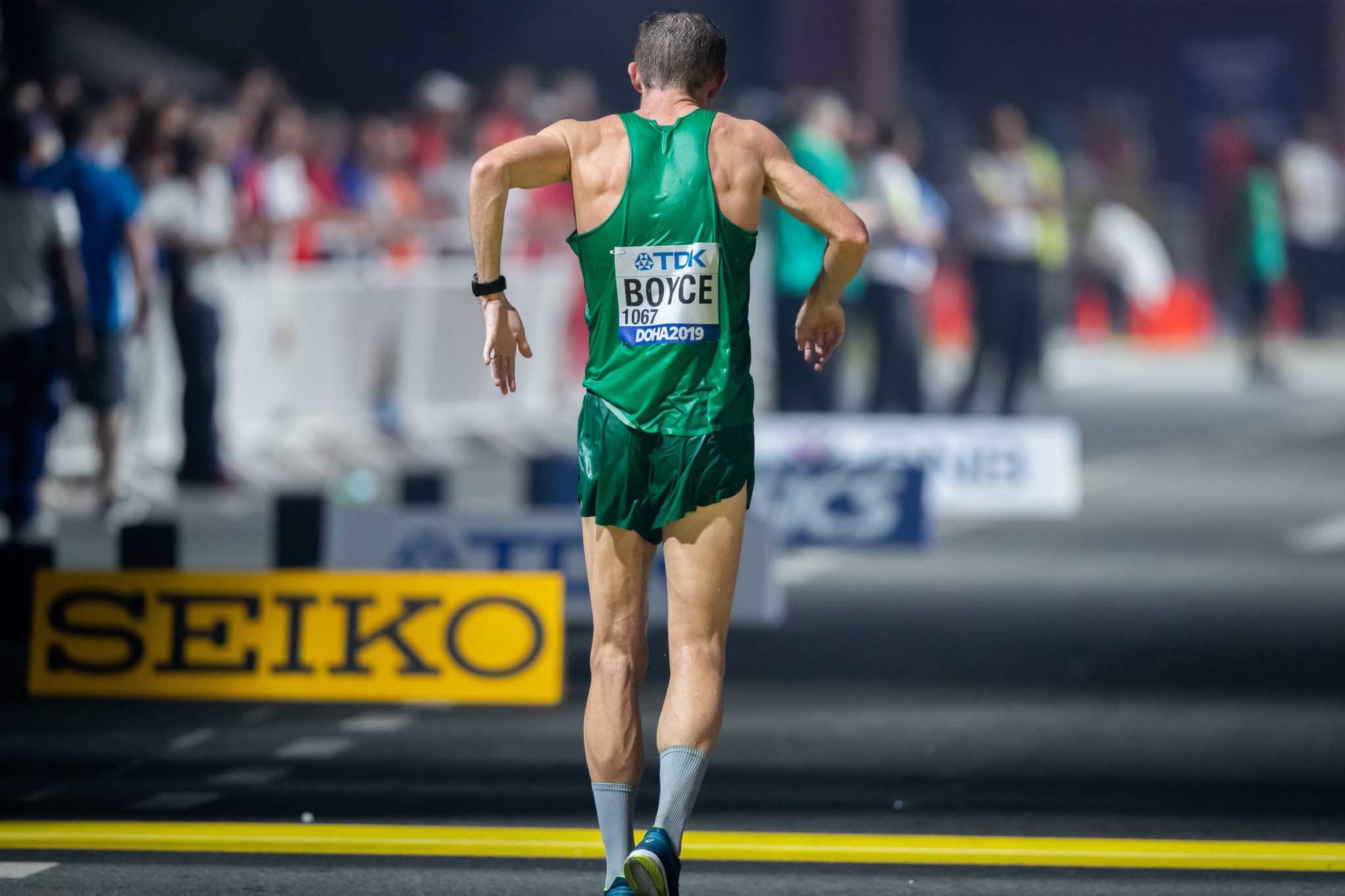 "The race plan was perfect. Rob made sure I was fully, fully confident in what I was doing the whole race. I was getting feedback the whole day. Everyone was bang-on on the day.

"Our training was so good, it didn't matter what the conditions were, I was going to be top-six or top-eight. It was just the fact that we got everything else spot-on as well that the result came as well."

Boyce has been working with former World Champion Rob Heffernan and says he's has learned a lot. "It's invaluable really. Probably the best male athlete in the country.

"Even his coaches Robert Korzeniowski who was Olympic Champion - he was on the phone to Robert and they were both telling me the same thing. So who am I to argue with two of the greatest world champions in history? I was like, 'grand, whatever ye say, I'll do it'. It worked out perfect.

SIXTH IN THE WORLD!!!

Reaction from the man of iron @brendanboyce as he has his day of days in Doha pic.twitter.com/BOO1SHliZ7

"I love 50 kilometres. Being Irish, we love misery. The 50 kilometre is perfect for me. Being out there, being miserable for four hours - misery is happiness for me. It's a unique event in athletics, a marathon is about two hours. This is four hours, it's a completely different beast.