Fermanagh manager Ryan 'Ricey' McMenamin wouldn't have been a man who'd have done too much social...

Fermanagh manager Ryan 'Ricey' McMenamin wouldn't have been a man who'd have done too much social distancing on the GAA pitch, but he says in these trying times listening to health experts is vital.

His Erne County side sat bottom of Division Two of the Allianz National Football League table when the calendar was postponed due to the coronavirus outbreak.

However, football is understandably at the back of his mind right now, as he told Off the Ball's Shane Hannon.

"It's a wee bit crazy, and it is unprecedented. Once it first broke you were probably thinking a couple of weeks and you could get programs out to the players, but as the weeks wore on you [realised] it is going to be a longer term.

"I think probably you'll be lucky to see any football by August, or any GAA or any sport. Hopefully I'm wrong but I think it'll be August or September maybe."

McMenamin works in Northern Ireland as a civil servant, and he says most workplaces across the border are taking the right precautions.

"I work for the Department of Agriculture so I usually be about most of the time at farms, again now we have been set up to work from home and can work from home probably.

"There is social distancing going on, we're a wee bit behind on where the south is, it's a wee bit different. You do notice traffic and I was up through Enniskillen this morning and it is a lot quieter. 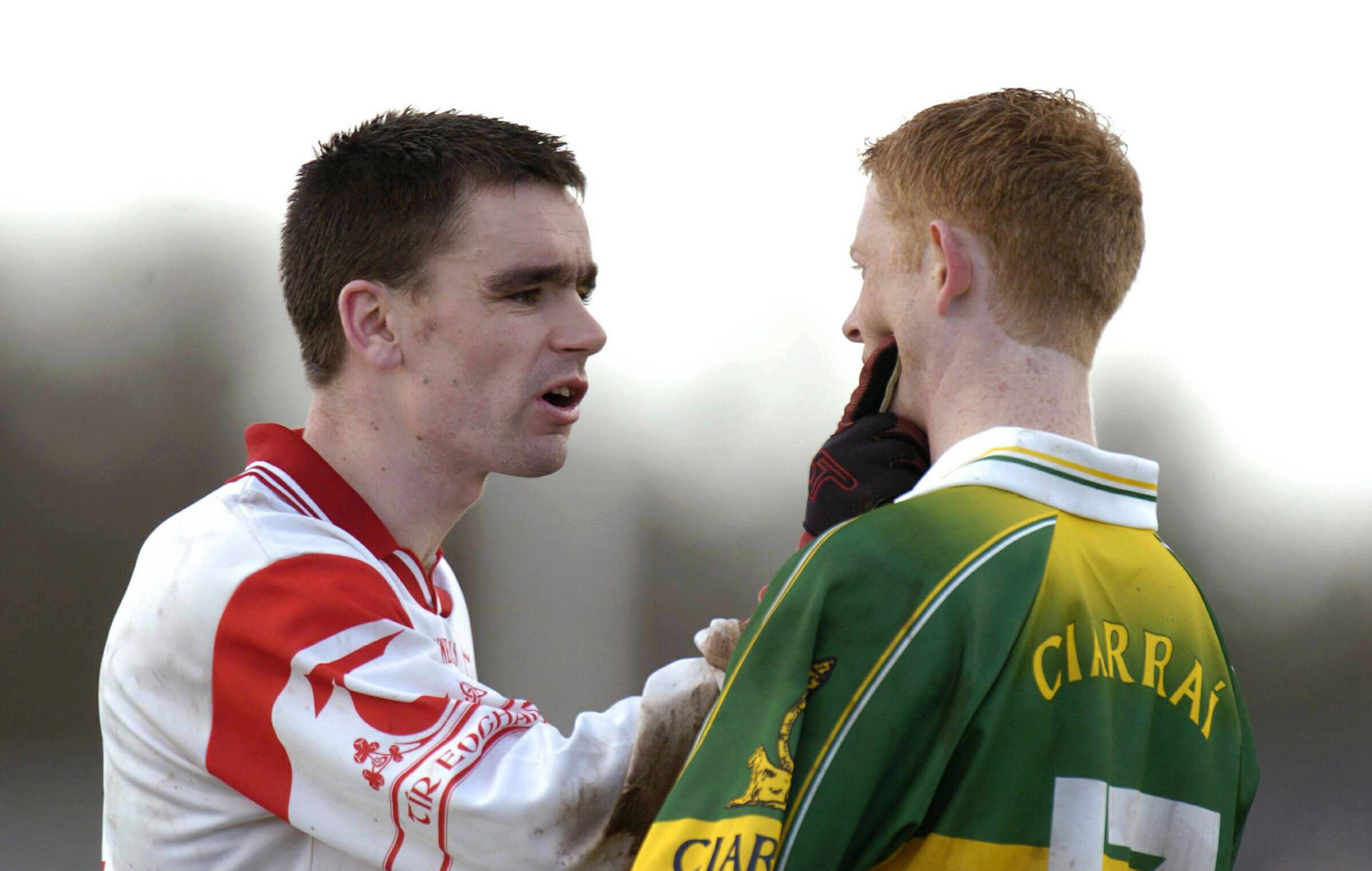 And what about cabin fever? The former Tyrone star, who won three All-Ireland medals in his playing days with the Red Hand, says he'll be watching more movies and series than he usually does.

"I'll tell ye, I didn't have Netflix at all and I wouldn't be into that. But it was last night and I kind of preparing for it and I signed up for Netflix! It was the first time ever.

"We've been lucky enough that the stats boys have been putting football matches into the WhatsApp group so I was kind of watching Tyrone and Kerry in the league there.

"I'm probably getting a lot of odd jobs around the house there as well which probably should have been done!

"There's gonna be cabin fever for everybody, it is hard but you have to look at the national good.

"We all have elderly relatives and relatives that are sick and have underlying health problems. It mightn't affect too much on me, but I know my wife's granny is 103 - she's still flying but I'd be loathed to think anything would happen to her, you know?"

The schools have now closed in the North, but McMenamin said prior to that there were the same old political divides that have been prevalent in Stormont for years.

Important update for all GAA Units and Members in Fermanagh pic.twitter.com/Ruglj0KZUP

McMenamin also says he doesn't expect any GAA action for quite some time, with news yesterday that the scheduled start of the championship in May will be delayed.

"We were at the bottom of the table but we'd have fully expected to maybe win the two games. We'd have thought we could have won them and left us in relative safety and kept us in tier one.

"You've teams like Armagh who probably were at the top and thinking of getting Division One. Teams like Cork probably think the league should be finished and work from there.

"That's up for Croke Park, we all have our own views on it. I personally don't think there's going to be much football played, you have to factor in the clubs as well.

"They could just knock out the whole 2020 season and start fresh again from next year."