A new report has found that Coca-Cola, Nestlé and PepsiCo are the worst brands in the world for ...

A new report has found that Coca-Cola, Nestlé and PepsiCo are the worst brands in the world for plastic pollution.

The report from the Break Free From Plastic (BFFP) movement sifted through nearly half-a-million pieces of plastic waste taken in by volunteers on World Cleanup Day.

The global event saw over 72,000 volunteers taking part in clean-up operations in 50 countries around the world last month.

It found that 43% of the discarded plastic was clearly marked with a consumer brand.

This is the second year in a row that Coca-Cola, Nestlé and PepsiCo were found to be the worst offenders.

The top ten were:

“Their continued reliance on single-use plastic packaging translates to pumping more throwaway plastic into the environment,” he said.

“Recycling is not going to solve this problem.

“Break Free From Plastic’s nearly 1,800 member organizations are calling on corporations to urgently reduce their production of single-use plastic and find innovative solutions focused on alternative delivery systems that do not create pollution.” 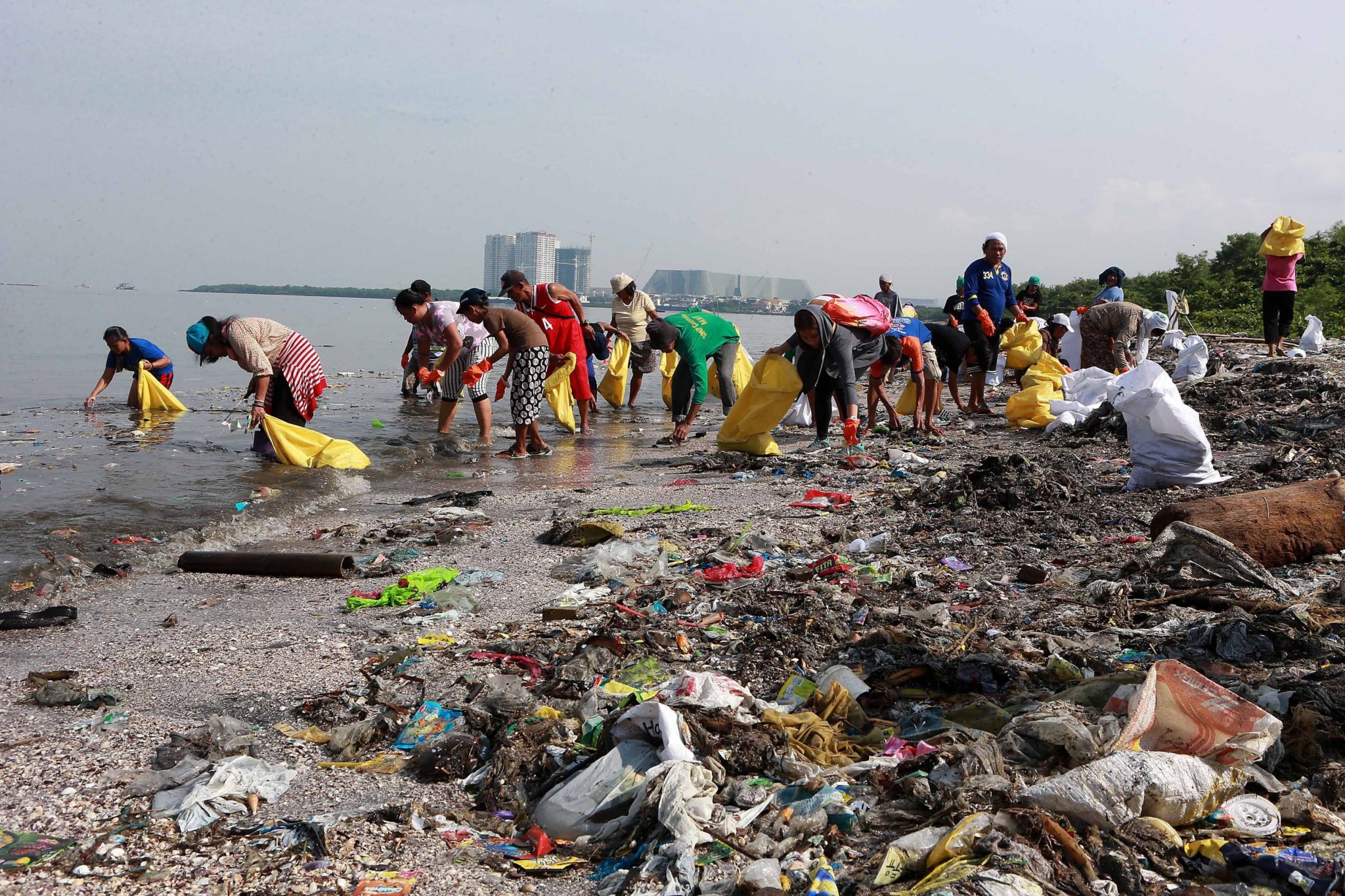 Volunteers collect garbage along the coast of Freedom Island during a "Break free from Plastic" event in the Philippines, 15-09-2017. Image: Xinhua/Rouelle Umali

Greenpeace Southeast Asia plastic campaign coordinator Abigail Aguilar said: “These strategies largely protect the outdated throwaway business model that caused the plastic pollution crisis, and will do nothing to prevent these brands from being named the top polluters again in the future.”

“The products and packaging that brands like Coca-Cola, Nestlé, and PepsiCo are churning out is turning our recycling system into garbage,” she said

“China has effectively banned the import of the US and other exporting countries’ ‘recycling’ and other countries are following suit.”