Katie Taylor has arrived home to huge crowds at Dublin Airport. It follows her defeat of Belgian...

It follows her defeat of Belgian Delfine Persoon at New York's Madison Square Garden in the early hours of Sunday.

The Sport Minister Shane Ross was at the arrivals hall in Terminal 2 to welcome her home. 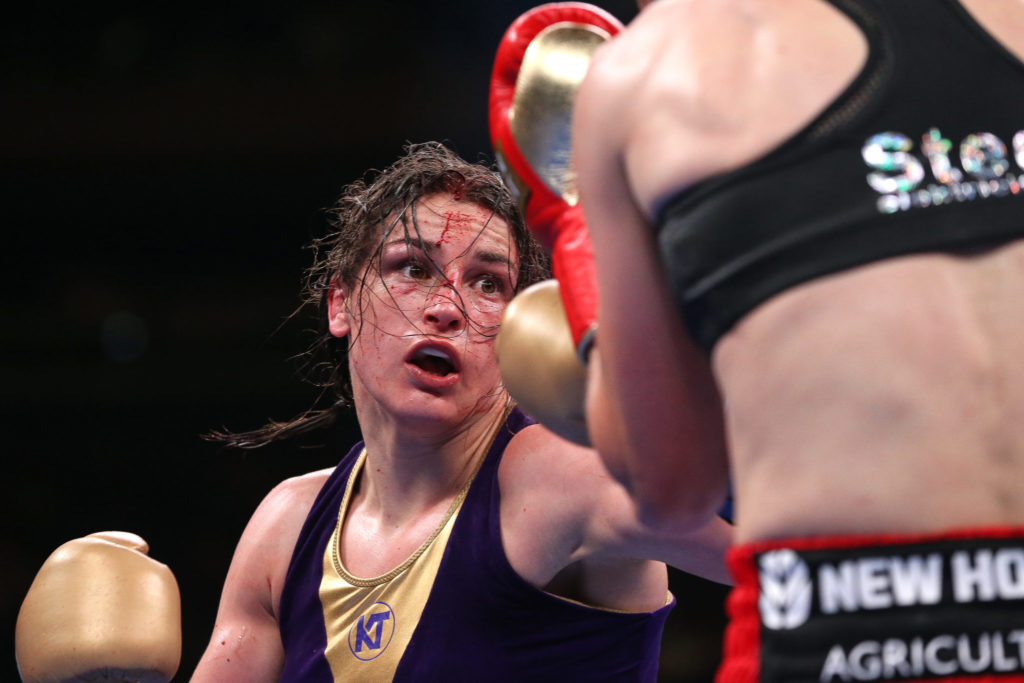 Several respected commentators - including Carl Frampton and David Haye - have suggested the judges got it wrong.

But regardless of their views, Taylor is the undisputed four-belt world champion in the lightweight division.

She took pictures with fans and signed hundreds of autographs in the terminal.

She said she was overwhelmed by the support.

"Yeah exactly - we have definitely come a long, long way.

"It's been an incredible journey and there's a lot of people supporting me throughout all those years.

"And to be holding all these belts now, undisputed champion, the pinnacle of the sport - this is an absolute dream". 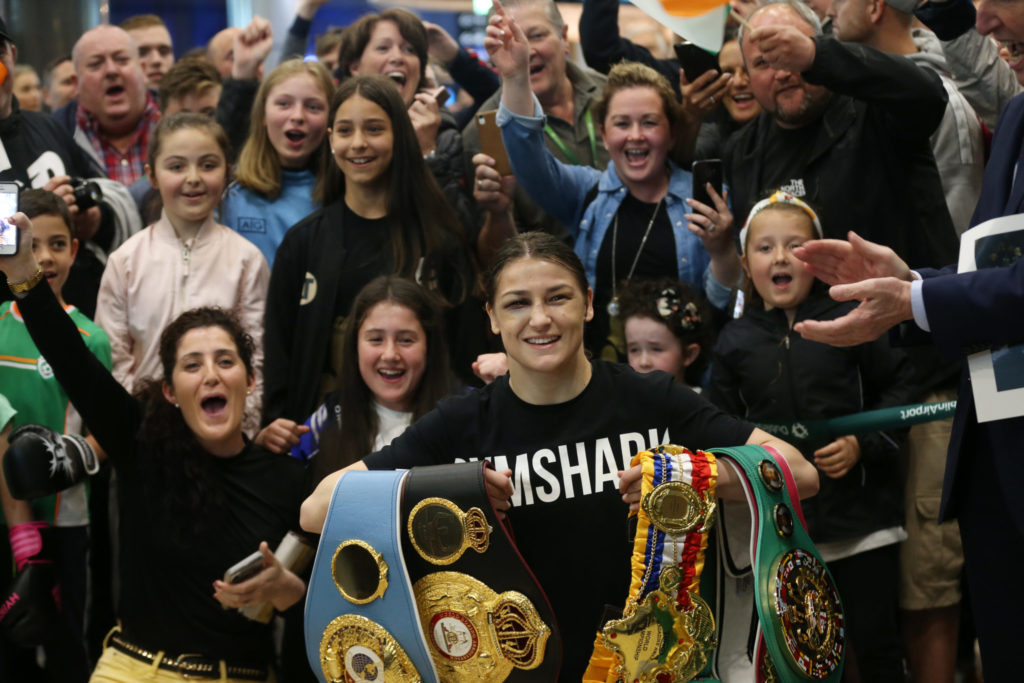 Wicklow County Council is now considering immortalising Taylor in a statue in her hometown of Bray.

Following her win, President Michael D Higgins said: "My warmest congratulations to @KatieTaylor on reaching the pinnacle of achievement in her sport, becoming the undisputed lightweight world champion."

“My warmest congratulations to @KatieTaylor on reaching the pinnacle of achievement in her sport, becoming the undisputed lightweight world champion.”

Her opponent, Delfine Persoon, has confirmed that she will lodge a formal complaint with boxing authorities following her defeat.