The winner of a €17m Euromillions jackpot has made contact with the National Lottery. The winni...

The winner of a €17m Euromillions jackpot has made contact with the National Lottery.

The winning ticket was sold in Castlebar, Co Mayo.

The ticket for the draw on Tuesday was sold at Mulroys Londis in the town.

It makes Castlebar the luckiest town in Europe - with a population of 12,000 people and three Euromillions wins to its name. 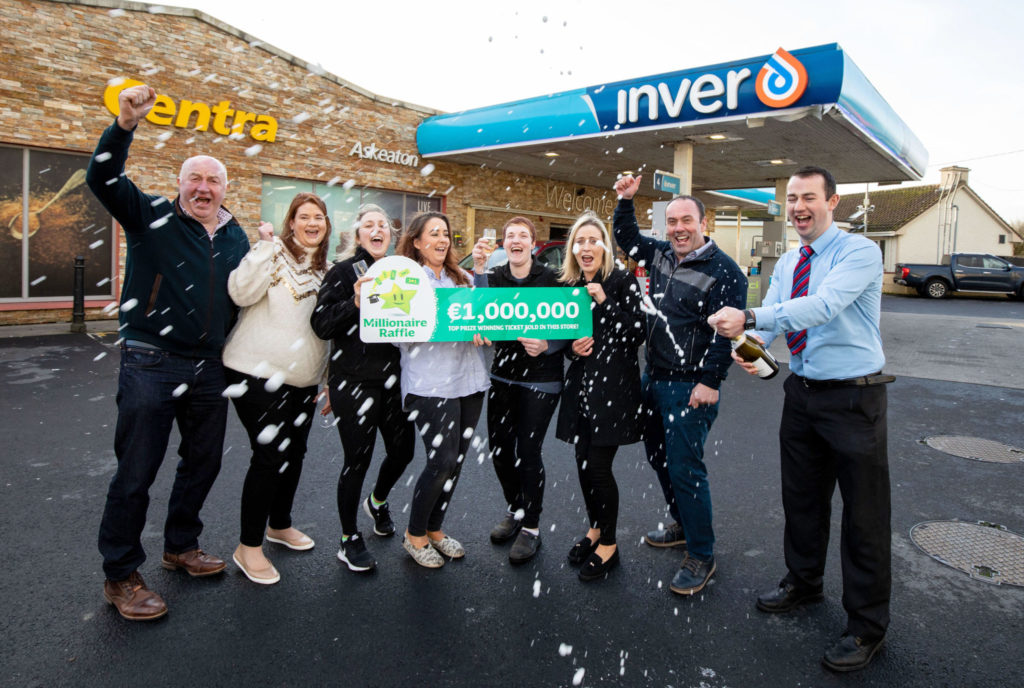 The first winner through the doors was a Limerick man who finally claimed the top prize from the Christmas Millionaire Raffle draw, which took place on new year's eve.

He was the owner of Millionaire Raffle ticket number 010661, which won €1m, and was bought in Ryan's Centra in Askeaton.

He said: "I'm still gobsmacked - even though I'm sitting here holding a cheque for €1m, I still think that this can't be real.

"I had my ticket in a coat I didn't wear until earlier this week when I found the ticket.

"I scanned it and fast forward a few days and here I am.

"I'm still shocked so I'm going to lodge this cheque in my bank account and take a bit of time to decide what I'll do with the money". 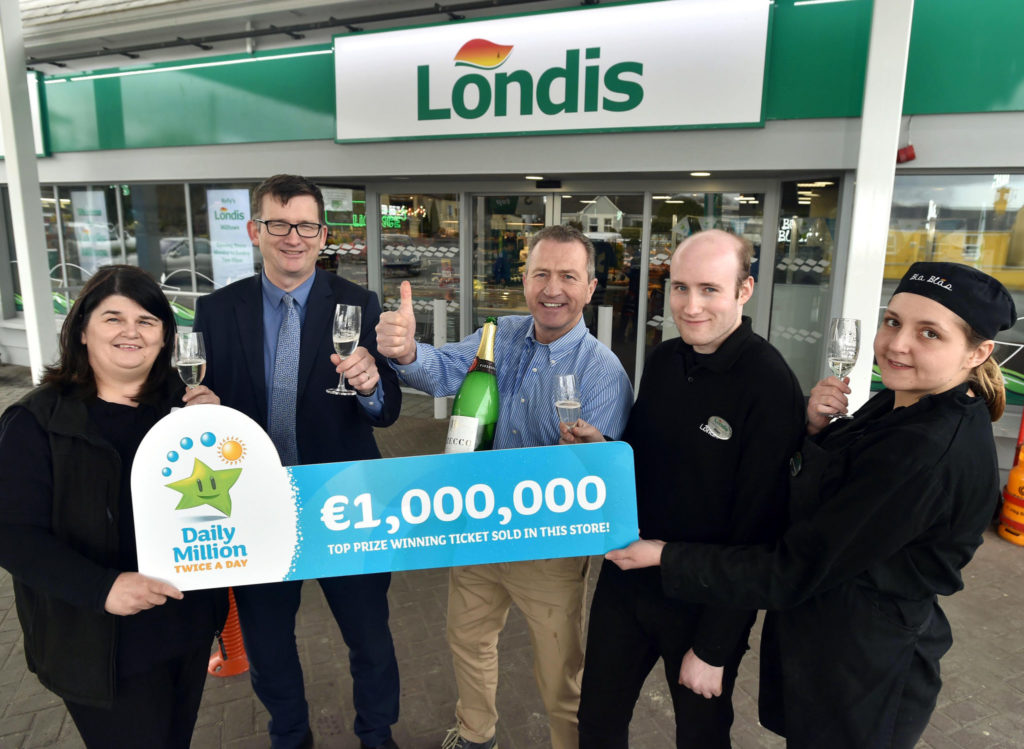 The second winner to claim of €1,000,000 was the winner of the Daily Million jackpot from Tuesday February 4th.

This winner was a Kerry woman who celebrated with members of her family.

She bought her ticket at Kelly's Londis store in Milltown, and revealed that this was only the second time she had played the Daily Million game.

She said: "I've been playing Lotto weekly for a good few years and it was only recently I had a shot on Daily Million.

"This was just the second time I played and all of a sudden I'm a millionaire - It's unbelievable.

"I still cannot believe it and I even took a week off work to get my head around it all.

"I even forgot to check my ticket from the draw and happened to be out walking and saw the celebrations with the National Lottery outside Kelly's Londis the day after the draw.

"That prompted me to check my ticket and, not wanting to attract attention, I walked to another shop to scan the ticket.

"I never walked as fast in my life".

As for plans for her newfound windfall, she said she will not rush into any immediate decisions - and will instead make long term plans with her family in mind.

Appeal for witnesses after woman hit by car in Co Mayo