Nurses 'cannot and will not' put up with another winter of intolerable conditions, the INMO has w...

Nurses 'cannot and will not' put up with another winter of intolerable conditions, the INMO has warned.

It comes as Australian adverts, aimed at poaching Irish doctors and nurses, have appeared near the Mater Hospital in Dublin.

The billboards, commissioned by the Department of Health in the state of Victoria, include slogans such as 'Now recruiting healthcare workers' and 'Join the community'. 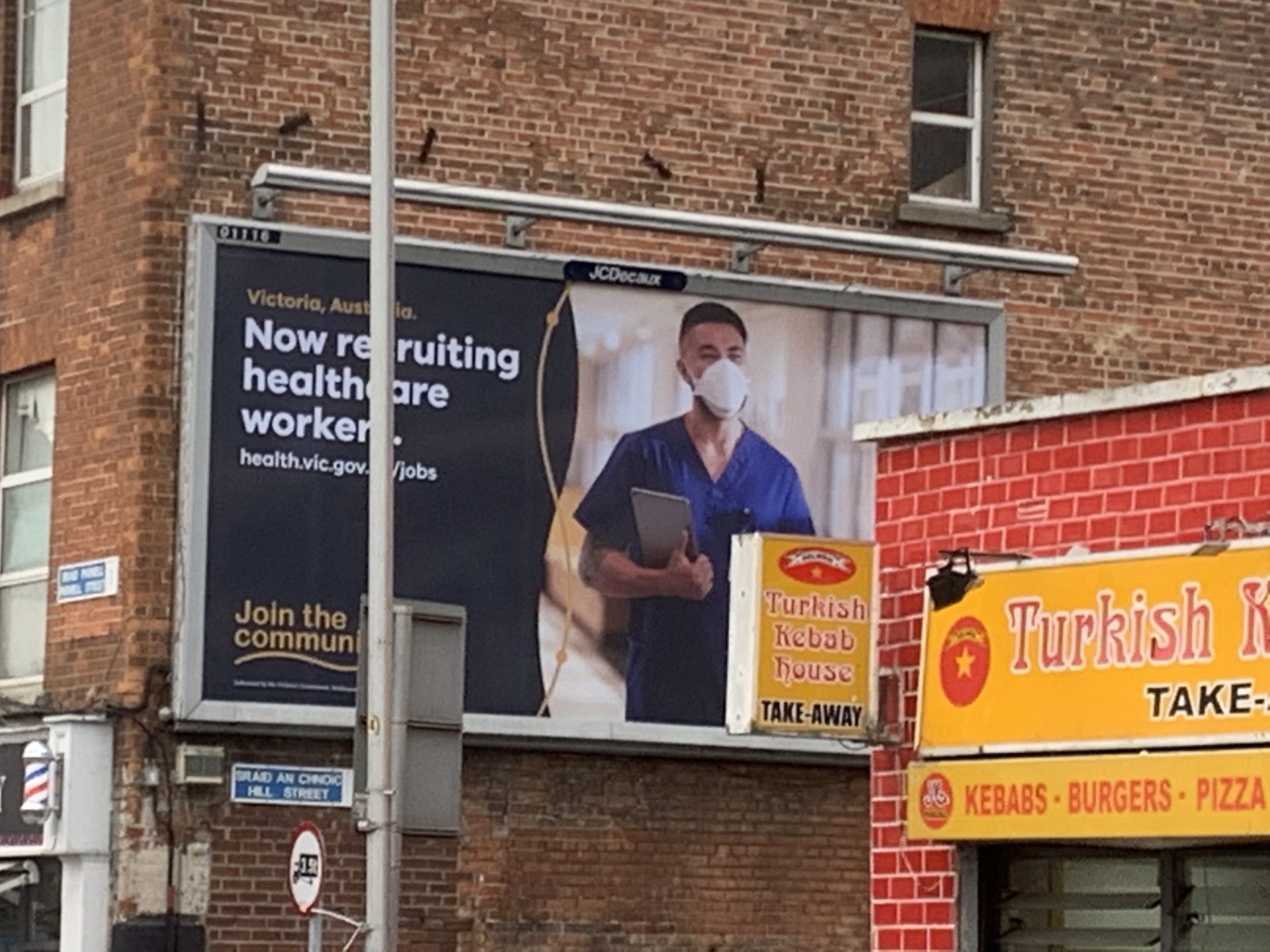 An Australian recruitment billboard is seen in Dublin city. Picture via @ChairImo on Twitter

Maeve Brehony is Assistant Director of Industrial Relations at the Irish Nurses and Midwives Organisation (INMO).

She told Newstalk Breakfast: "It comes as no surprise to us that they're actively recruiting to hire Irish nurses.

"They're highly sought after right across the world,” she said. “Not only Australia but the NHS and US hospitals are actively recruiting and offering very generous packages to Irish nurses, and also to nurses from overseas who've gained valuable experience in Irish hospitals as well."

However, she said such an approach is damaging to those who stay.

"The damage of it is the impact that it has on the nurses who are currently here, who are working in overburdened and overworked workplaces," she said.

Ms Brehony said that, while recruitment here is welcome, it is too slow.

"The pace of activity, and I think the urgency with which it's being done, the thousands would reflect just what's needed," she said.

"Our nurses and midwives are telling us that they not only cannot but they will not put up with another winter of intolerable conditions.

"Many are voting with their feet and leaving either Ireland or their profession altogether.

"Even young nurse graduates, because of how they were treated throughout [the] COVID pandemic and the ongoing understaffing, they're going to vote with their feet.

"Those that are being recruited now aren't even keeping at pace with the number that are leaving," she added.

Main image: An Australian recruitment billboard is seen in Dublin city. Picture via @ChairImo on Twitter