Three weather warnings have been issued for wind and rain, ahead of the approach of Hurricane Lor...

Three weather warnings have been issued for wind and rain, ahead of the approach of Hurricane Lorenzo.

A status orange alert is in place for Galway, Mayo, Clare, Cork, Kerry and Limerick.

Met Éireann says southwesterly winds veering westerly will reach speeds of 65 to 80km/h, with gusts generally of 100 to 130km/h.

These will be higher in coastal regions - while storm surges will see coastal flooding and damage. 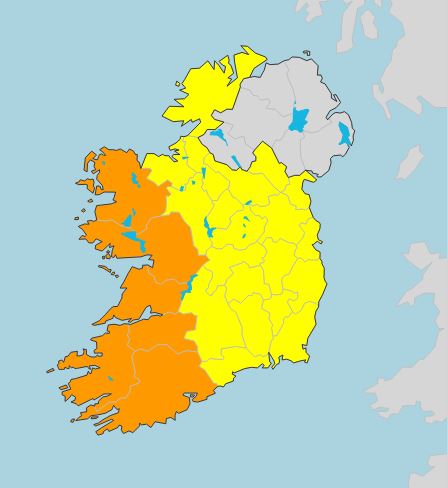 While a status yellow wind warning is in place for the rest of the country.

Southeasterly winds will reach average speeds 50 to 65km/h - with gusts to 100km/h "resulting in some disruptive impacts."

And a status yellow rainfall warning is in effect for Ireland.

Spells of heavy rain are forecast, in excess of 50mm in parts of the west and northwest.

This will result in some flooding.

Lorenzo brought hurricane force winds to the Azores on Wednesday morning, with gusts up to 145 km/h recorded.

Lorenzo still has hurricane status and is west-south-west of Flores Island in the Western Azores.

It has maximum sustained winds of 155 km/h.

Hurricane #Lorenzo will impact the Azores over the next 24 hours ??

It has been record breaking, the strongest hurricane recorded this far east in the Atlantic. However, it won't be a hurricane when it impacts the UK.

Here are the details ?? pic.twitter.com/a6FzinTgpx

But Lorenzo will become an extra-tropical storm within the next 24 hours, as it engages with the polar jet-stream.

The storm will accelerate north-eastwards across the mid-Atlantic during Wednesday, engaging with the polar jet-stream on Wednesday night, approximately 1,000 kilometres southwest of Ireland.

As Lorenzo passes over colder waters and engages with the polar jet-stream it will lose its tropical characteristics and no longer be a hurricane. 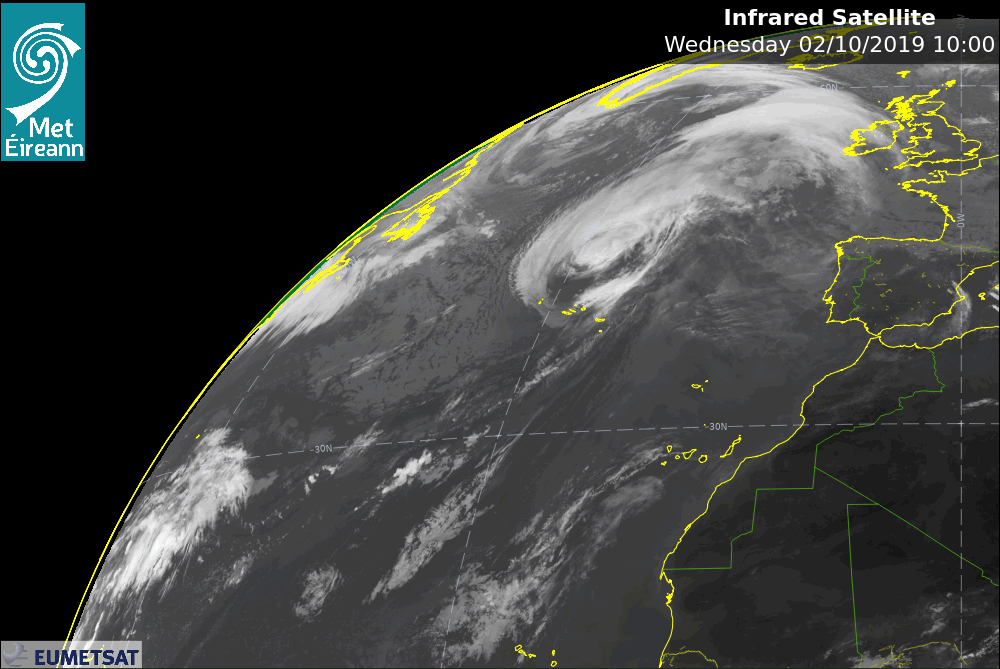 However it will still be a dangerous Atlantic storm.

Storm Lorenzo will continue to accelerate north-eastwards, with its centre approaching the west of Ireland during Thursday

It will then likely make a right turn, tracking across Ireland on Thursday night while it begins to gradually weaken.

The exact track Lorenzo will take over Ireland is still uncertain.

The most severe winds associated with it are likely in Atlantic coastal parts on the southern flank of the storm - however strong winds are possible in all areas.

Storm Lorenzo will bring heavy rain, and with falling leaves blocking drains and gullies - and some surface flooding is possible.

Met Éireann adds: "In early October, trees are mostly in full leaf with a large surface area, so even moderate strength winds can bring down weakened trees and/or tree limbs.

"In addition, some trees may be compromised due to saturated soils at the moment, and with more rain forecast with Storm Lorenzo some disruption due to falling trees/branches is likely."