The introduction of colour-coded weather alerts has greatly increased the public's engagement in ...

The introduction of colour-coded weather alerts has greatly increased the public's engagement in preparing for extreme weather, according to a senior official.

Sean Hogan is chair of the National Emergency Coordination Group - the organisation responsible for coordinating responses to severe weather events.

It is the first time the group has attended a Dáil committee in its 10-year history.

The current 'yellow-orange-red' weather warning system was introduced by Met Éireann to align with European and international warning systems.

It is designed to alert the public about severe weather - such as snow, rain, wind, fog or high/low temperatures.

Yellow alerts are the most commonly issued warning, particularly for wind or rain.

Red warnings, in contrast, have largely been limited to major weather events such as Storm Emma in 2018. 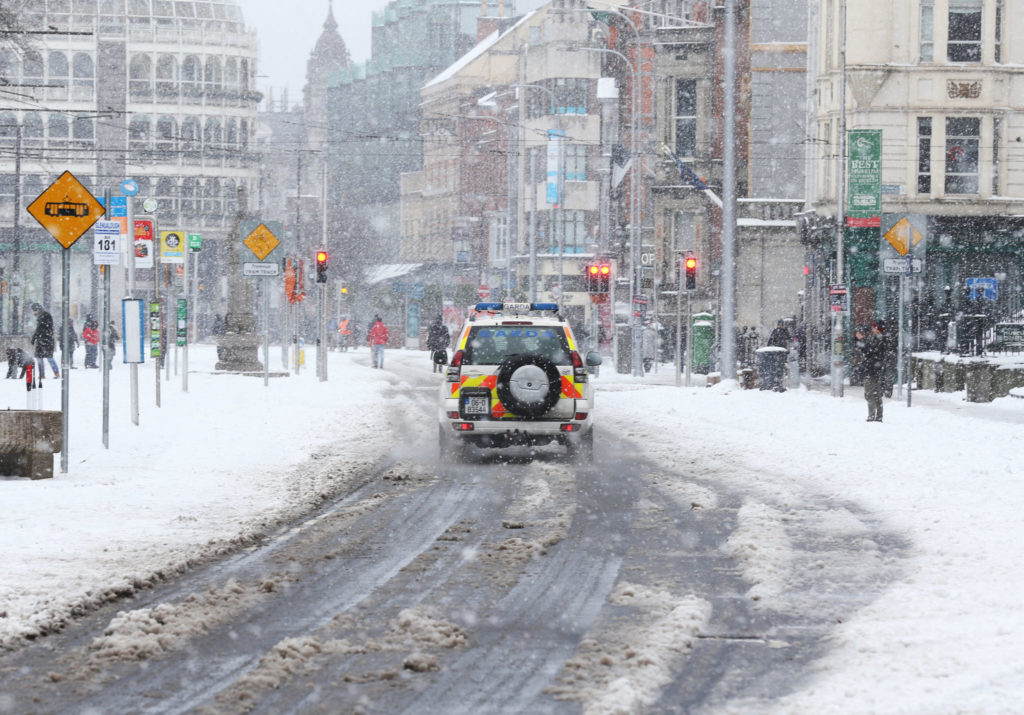 02/03/2018. Dublin streets covered in snow and ice during the 'Beast from the East'. Photo: RollingNews.ie

Mr Hogan said that while the weather warning system isn't fool proof, it is working.

He observed: "Met Éireann [is] constantly reviewing their system - what warnings they issue.

"[There can] be multiple warnings if there's a storm. It can be yellow here, and orange there... people can be confused.

"But it's all about communicating with the public. Personally, I think it has been a huge step forward."

Mr Hogan told the committee he is not in favour of legislation which would force businesses to shut down during an extreme weather event.

Currently businesses and individuals are recommended - rather than directed - to take a certain course of action, such as not travelling in the event of a status red weather alert.

Mr Hogan believes that approach is working well so far.

He said: "What you want to do is to get communities responding to the advice and the warnings, rather than taking a central command and control approach.

"[Command and control] is not the approach we've promulgated for the last decade.

"I personally would have question marks as to whether that would be the right tone for what would work in this country."

Main image: File photo of Sean Hogan during a briefing on the 'Beast from the East' weather system in 2018. Image: RollingNews.ie

Hottest days of the year expected today and tomorrow