A mother of three boys, who are all suffering from a terminal illness, has appealed for help to get their house finished by Christmas.

Duchenne Muscular Dystrophy is a muscle-wasting disease which affects people who are missing a protein.

It affects all muscles from the feet up, with most people losing the ability to stand between eight and 12 years of age.

Their mother, Paula Naughton, told Newstalk Breakfast they are all very different boys.

"Archie is going to be 16 on Friday and he is fearless, he sees no obstacles in life.

"He loves farming and being involved in rugby and sport and music - he wants to be a drummer, a rugby player and a farmer.

"George is very, very artistic - he's an 11-year-old twin - and he loves anything that is arty.

"He loves music, he's very creative and he loves animals.

"And Isaac is also obviously 11, and very different to his identical twin brother - and he's sport-mad.

"And every now and again he looks up at me and says 'Mummy do you think I'll ever be able to play football again?'

"And it's absolutely crushing, but it's not as crushing for us as obviously it is for them.

"They see all of their friends walking and running, and doing all of the things that children are supposed to do - and they're paralysed in wheelchairs and they are getting weaker everyday". 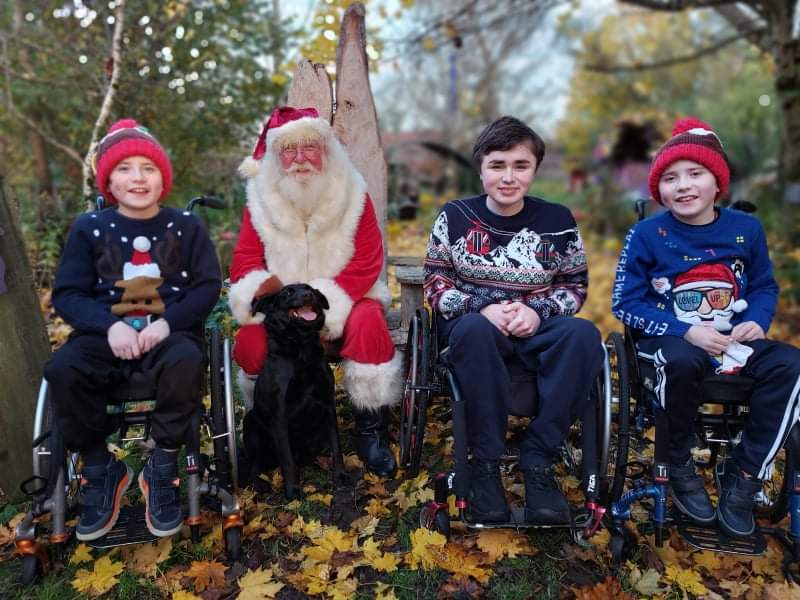 Paula says they have been afflicted by an "absolutely horrific" disease.

"The boys are at the stage now where their upper body is becoming weaker everyday.

"Ultimately your heart and the muscles around your lungs, that help you breathe, they are also damaged.

"And children and young adults eventually they die of respiratory and/or cardiac failure.

"I'm a nurse, my husband's a nurse - we had never heard of Duchenne, I'm ashamed to say.

"It's an absolutely horrific disease that you wouldn't wish on anybody".

A trust was set up in 2014 to help with costs, especially when it comes to their home.

"We live in a two-storey house on a modern estate, and there's no space around it to extend the house.

"My husband and I were very clear: we don't want to financially benefit from this.

"The house is owned by a trust, the house is now built but it isn't finished.

"And we're doing a mad fundraising campaign to try and raised as much money as we can to try and finish the house by Christmas".

People can donate via the Join Our Boys website