'We had a COVID-19 vaccine this whole time', journalist argues

We have had a vaccine for COVID-19 "all the time", even before it was confirmed that the virus could be transmitted by humans, according to a US journalist.

David Wallace Wells, deputy editor for New York Magazine, is arguing that a surge of cases during the late summer and into autumn could have been avoided.

It comes as delivery trucks containing the first set of Pfizer/BioNtech vaccines are on the road in the United States.

FedEx and UPS have been hired to deliver the jabs from the plant in Michigan and they are scheduled to be administered early next week.

Here, the Cabinet is due to meet on Tuesday to discuss recommendations about how the jab should be delivered, stored and administered.

Mr Wallace Wells wrote this week: "In Massachusettes, the Moderna vaccine design took all of one weekend. It was completed before China had even acknowledged the disease could be transmitted from human to human.

"It means for the entire span of the pandemic in the United States, which has already killed more than 250,000 Americans, we already had the tools we needed to prevent it."

He told On The Record with Gavan Reilly how the genetic sequence of the virus was released by a Chinese scientist on January 10th and the Moderna vaccine was "completely deigned by January 13th".

This was before a single confirmed case of the virus in the US.

He added that the vaccine had been shipped for clinical trials before a coronavirus-related death had been reported there.

'We had a COVID-19 vaccine this whole time', journalist argues

Mr Wallace Wells said: "We had the design for this vaccine by January 13th, we had it in hand by mid-February and that means that for all those deaths, not just in the US but throughout Europe and outside China, we had the tools to prevent the pandemic from happening at all.

"Of course, vaccines are always subject to prolonged clinical testing and safety testing, and I'm not suggesting we should have [circumvented] those this time.

"But a number of scientists I spoke to looking at these facts said that if we built the proper infrastructure going forward, that we wouldn't have to wait in nearly the same way that we did during COVID-19 during much of the next pandemic.

"Much of the work that we do during clinical trials, especially during phase one, but also some degree during phase three, efficacy trials in the US could have been done before the pandemic even arrived because we have a very good sense of what viruses are out there that could give rise to pandemics.

"In theory, if we devote the resources to it we could develop the vaccines to fight those viruses before they even make themselves known in the human population. 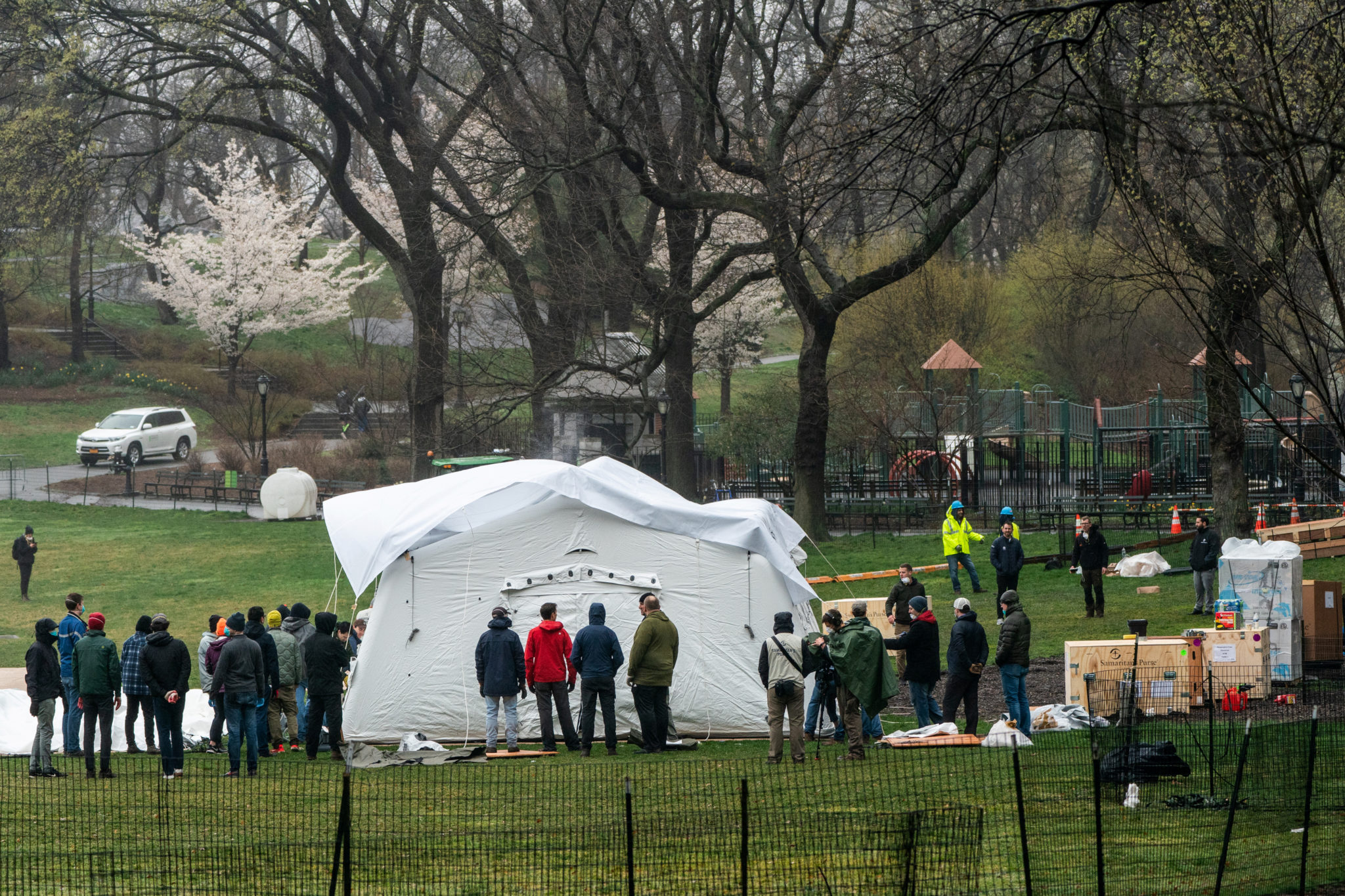 An emergency field hospital in East Meadow in Central Park during the outbreak of the coronavirus in New York City in March. Credit: REUTERS/Jeenah Moon

Mr Wallace Wells said that if such resources were devoted to fighting pandemics, in theory, a vaccine to fight COVID-19 would have already been ready to be rolled-out before January once it was known that the virus was circulating among bats.

He said: "We would have known by the time the disease announced itself not only that we had a vaccine that would combat it but also that the vaccine was safe to be given to humans.

"We wouldn't have avoided the entire pandemic but we could have prevented the summer surge in Europe and into the fall in both the US and Europe."

From speaking to public health experts and scientists, he added that there were lots of people warning prior to the pandemic that there were viruses out there "precisely like this" which had not been prepared for properly.

He said: "We live in a world where governmental resources and public attention is really fickle and we don't do an enormous amount of work to prepare for the future even when we know it can be quite scary."

Going forward, he believes countries will be "more aggressive" in getting approval quickly for vaccines to fight viruses.

Main image: The USNS Comfort, brought in to help frontline workers during the pandemic in March, docks at Pier 90 in New York. Credit: Guang Yu/Xinhua