US pumpkin grower Travis Gienger had no idea he was about to enter the history books, when he drove 35 hours from Minnesota to San Francisco.

He set a record for the heaviest pumpkin ever grown in North America earlier this month with his 2,560-pound gourd.

The horticulture teacher has been growing large pumpkins for years.

Travis told Moncrieff this takes a lot of effort.

"We have been breeding them for years and cropping different plants to get the biggest and best traits," he said.

"You can't just take a store-bought seed and probably do this, but needless to say [you need] a lot of fertiliser, a lot of water, proper pruning, care." 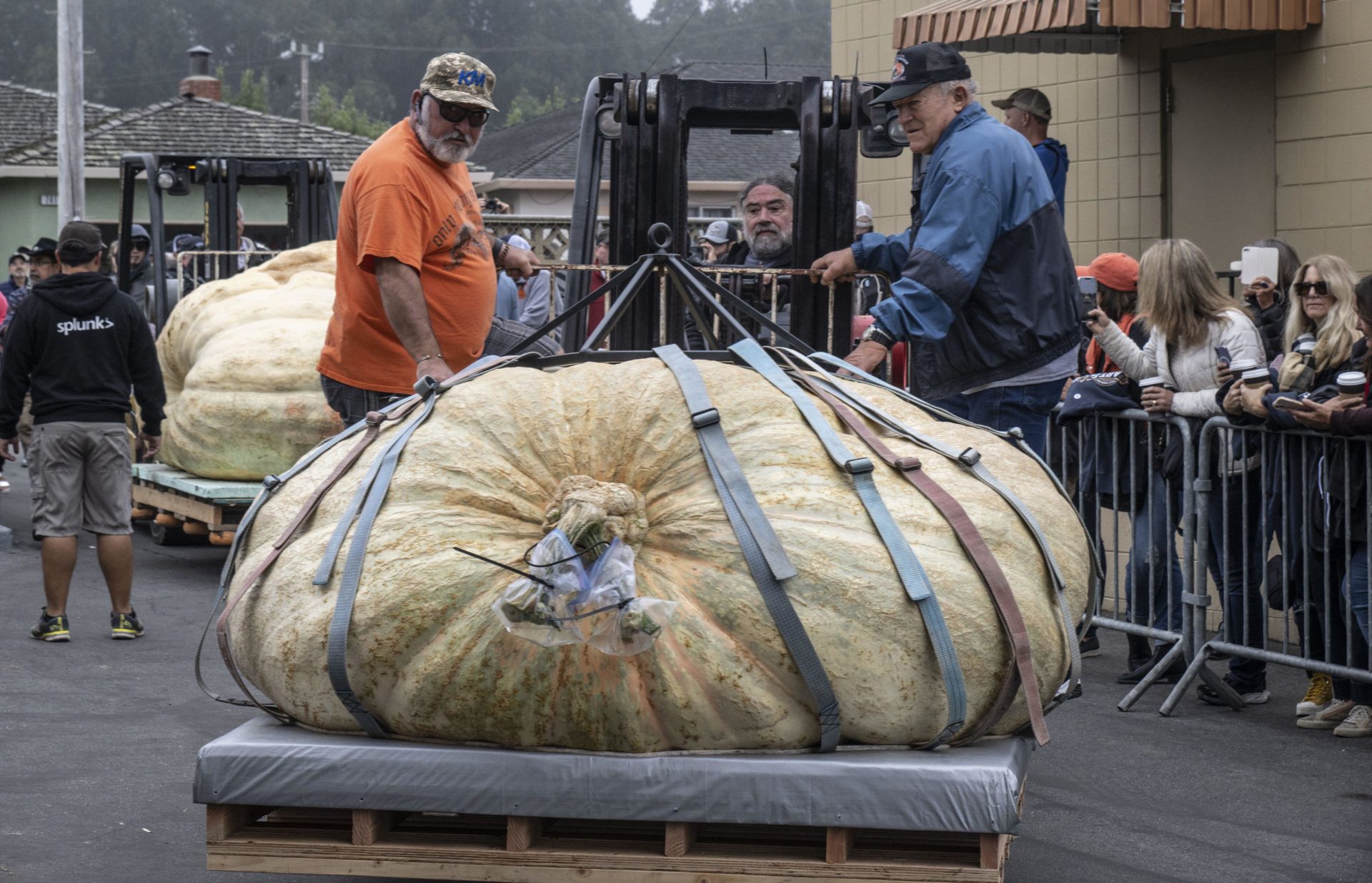 He said you have to be prepared for big results.

"We loaded it on to a trailer and drove 35 hours to San Francisco... even a pinhole crack in it, or anything and you're disqualified.

"We put wet blankets over it and wrapped it with Saran wrap around and then tarped it."

Travis said it will soon be in the history books: "Next week it'll be carved for the Guinness Book of World Records: the largest jack-o'-lantern ever."