WATCH: US reporter accidentally turns on filters while on-air

A news reporter in the US has made headlines, after accidentally activating a filter generator while on Facebook Live.

Justin Hinton was reporting on heavy snowfall in North Carolina last Thursday, talking about road conditions in the area.

Starting off, however, he was seen with a big, yellow medallion hanging around his neck - which his employer says is not a typical part of his on-camera wardrobe.

From there, it only got worse: weights popped up, a hat, glasses and more.

Speaking after the on-air virtual wardrobe malfunction, he explained: "Right before going live on Facebook on the WLOS ABC 13 station account to talk about snow, I somehow activated a filter generator.

"The photog I was working with said something about the screen having weird faces. 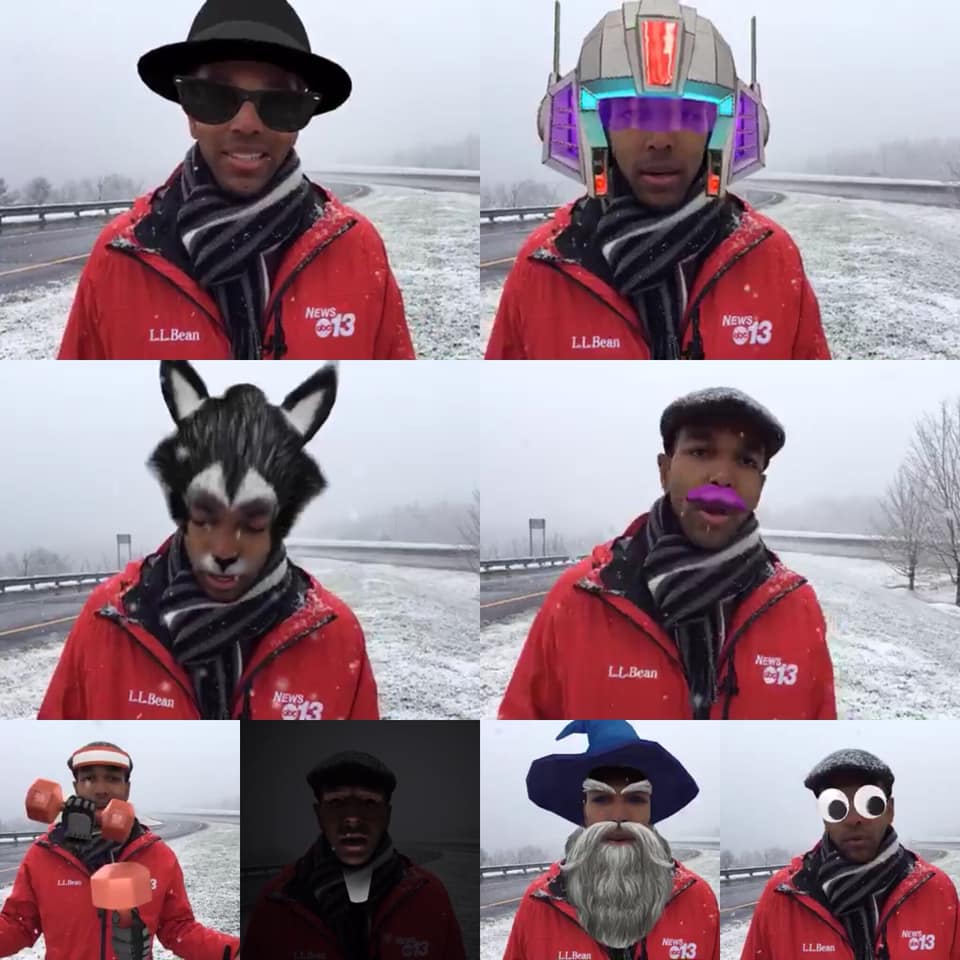 "He didn't elaborate, so I said it would probably go away.

"Needless to say, it did not go away.

He added: "I didn't realise it until I stepped off-camera and saw the comments where people were talking about the faces.

"My bosses, coworkers, friends, PIOs and more called/texted saying how funny it was."

He also posted his piece in its entirety.