A French inventor armed with a rifle soared over the Champs-Élysées on a flyboard, as part of France's annual Bastille Day celebrations.

Flags of the 10 countries of the European Intervention Initiative, a joint military pact, led the parade down the Champs-Elysees avenue in Paris. 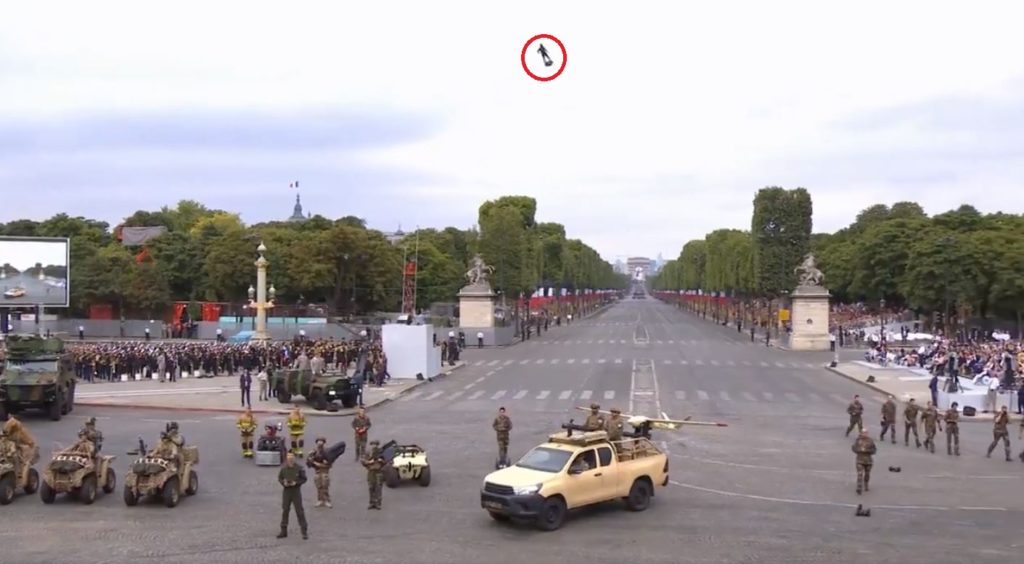 The display included over 4,000 members of the armed forces, 69 planes and 39 helicopters.

But the biggest crowd-pleaser was former jet-skiing champion Franky Zapata, who rocketed through the air on a flyboard device he invented. 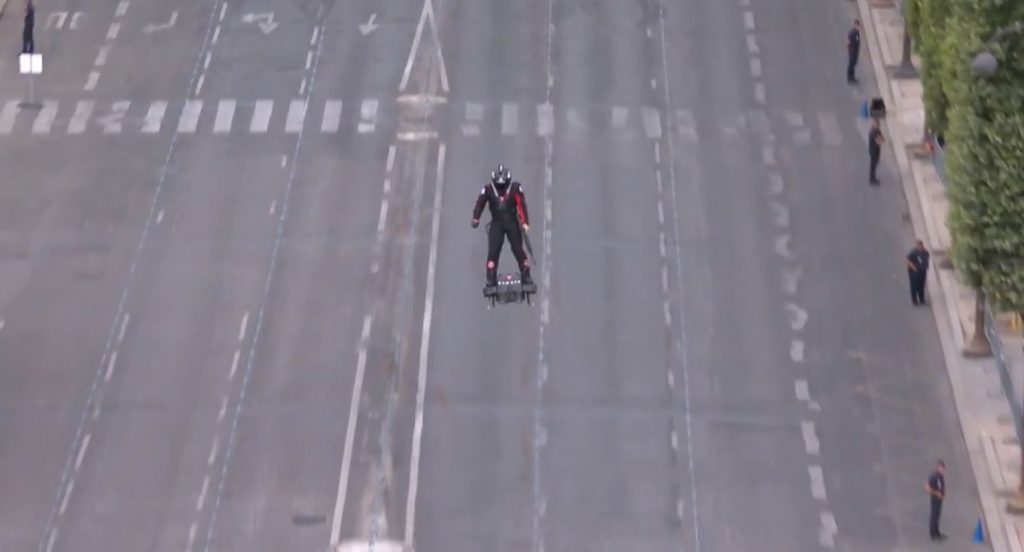 Mr Macron hosted a lunch at the Élysée Palace with other European leaders, including German Chancellor Angela Merkel.

Bastille Day is the anniversary of the Storming Of The Bastille on July 14th 1789, a turning point of the French revolution.

President Macron said he was "proud" of the "modern and inovative" army.