45-year-old Bernadette Connelly from Swords was last seen at midday on January 7th.

The daughter of a woman who went missing from Swords in Dublin three weeks ago has made a renewed appeal for any information about her mother's disappearance.

CCTV shows Bernadette in the car park of the Shoreline Hotel in Donabate at 11:58am on the day she went missing.

Her daughter Jade says a taxi man who dropped her there has since come forward with some information.

"He asked her did she work out here, and she said no - that she was meeting a friend." 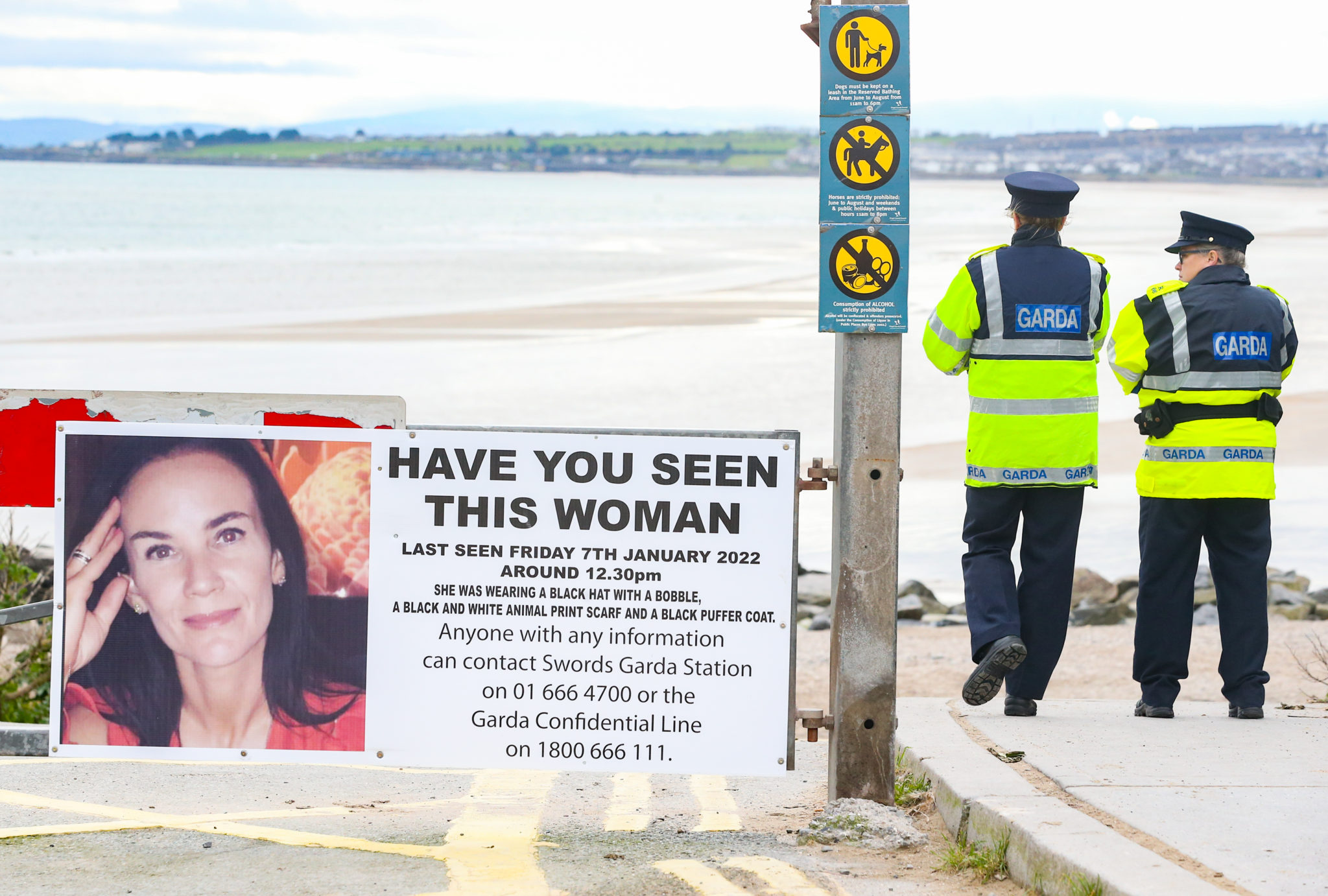 Pictured today are Gardai at Donabate beach, where they are asking members of the public for any information about Bernadette Connolly, who has been missing from the Swords area since Friday, January 7. Photograph: Sasko Lazarov / RollingNews.ie

Jade described her mother as a woman who "would always have the answer for absolutely anyone" who came looking for help - adding she was like the "Del Boy of women".

A bag and a jacket Bernadette was wearing when she left home were found on the beach, while her phone was in the jacket pocket.

Jade says her Mam was in great form the day she went missing and has appealed to people to come forward with any information they may have.

She said: "How no-one has seen anything... it's just beyond me.

"I'm here to appeal to people: whatever little detail they think it is in their mind or they're afraid to say anything... please [come forward]: it's not little."

Gardaí will today be patrolling the area where Bernadette was last seen, to try to identify anyone who walked the beach the day she went missing.

Anyone with information about Bernadette's whereabouts is being asked to speak to gardaí in person or contact Swords Garda Station 01 666 4700, the Garda Confidential Line on 1800 666 111 or any Garda station.