A climatologist says pressure on the water supply here will increase further as businesses begin ...

A climatologist says pressure on the water supply here will increase further as businesses begin to re-open.

It comes as Irish Water urges the public to choose handwashing over powerwashing, as domestic water usage increases by an average of 20% in homes across the country.

The utility says domestic metering data has revealed that households are using an additional 24 litres of water per person per day - a 20% increase from February.

It says this is in line with data from other water utilities as people stay at home due to the coronavirus pandemic.

"This reduction in demand has helped to off-set some of the domestic demand, however as domestic demand represents two thirds of our business, our water supply is still under pressure", it adds.

It has also outlined some measures to preserve water: 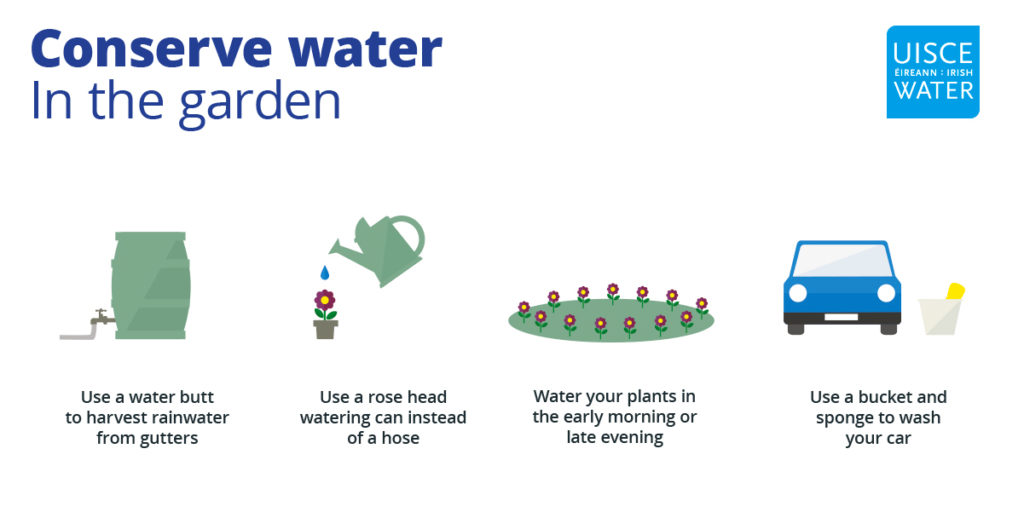 Professor John Sweeney is a climatologist and professor emeritus at Maynooth University.

He told Newstalk Breakfast the dry weather has come earlier than expected.

"We've had quite an exceptional dry patch of weather over the past couple of months, almost coincident with the lockdown.

"We've had droughts, we've had partial droughts in Ireland throughout April.

"If you go back over the previous winter, we've switched from the real bad flood events of February to really dry conditions now.

"But overall, if you take February and - in the east of Ireland at least - November out of the last six months, rainfall totals have generally been below average levels throughout that period.

"Even although we're now almost half way through May, we've only had 2.6mm of rainfall in many parts of the Dublin region - where the average for the whole of May would be around 60mm.

He says while a fall-off in rainfall is not too unusual for this time of year, this is about a month earlier than in 2018.

"The priority is to use water for as much as we need to use it for hygienic purposes - that's the first rule.

"The second thing I suppose is not to waste water if we can avoid wasting water.

"We know that in the Dublin region and the east of Ireland in general, water supply is on a knife edge between water demand and water supply.

"So anything we can do to help reduce demand will prolong the period of water security that we have".

He also says businesses will need more water when they re-open.

"There is some concern that once industry and commerce begins to get up and running again, many of those concerns will have to flush their pipes [and] have to prepare for new production.

"And that will increase demand on that side, which is currently quite low.

"So we have to be conscious of these as we move into the period of recovery from the virus."