Businesses, restaurants and volunteers in Kinsale in Co Cork have joined forces in recent weeks t...

Businesses, restaurants and volunteers in Kinsale in Co Cork have joined forces in recent weeks to deliver hundreds of meals and care packages to older and vulnerable people in the community.

Fiona Dyer, one of those behind the ‘Kinsale Covid19’ volunteer group, spoke to Newstalk Breakfast about the project.

She explained that every Saturday volunteers are delivering dinners and care packages to those who are cocooning.

It started in March to help people with shopping and prescriptions, but the idea has expanded since then.

Fiona said: "I came up with the idea of putting a trolley in the local supermarket, and it's kind of helped us roll from there.

"We've over 500 care packages and over 700 dinners delivered since April 4th.

"In the care package we try to put as much fresh produce as we can - there is normally fresh bread, soup, fruit and vegetables, tea bags, biscuits, a little pot of jelly, creamed rice.

"Some of the local cafés every week are coming on board - they're doing scones, little cakes, cookies and things like that. We had a farm who gave us fresh broccoli for three or four weeks when they had an abundance of it." 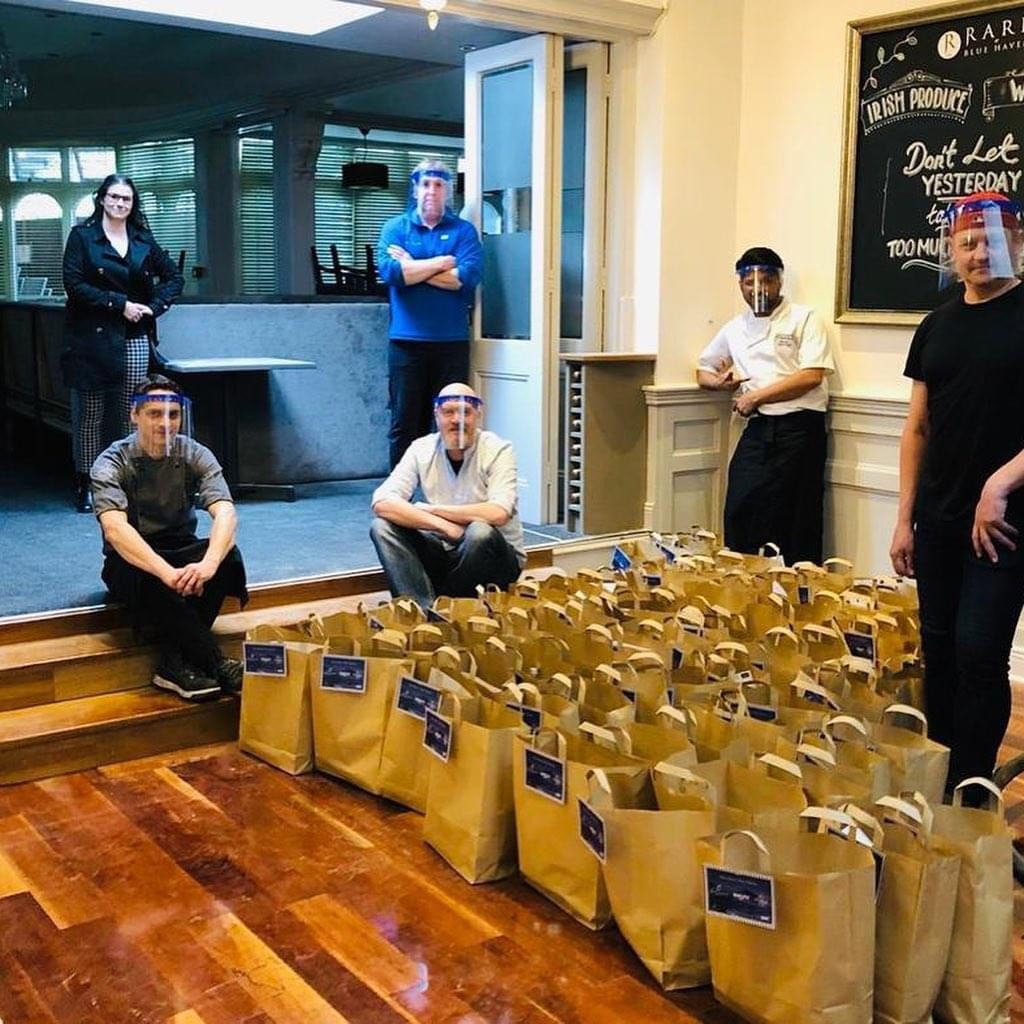 While some of those fresh items are being donated by local businesses, volunteers have also run a fundraising campaign to raise money for other items in the care packages.

Fiona explained that the local community and business response has been 'amazing', with different restaurants from the town's Good Food Circle chipping in every week.

She said: "There's 70 to 80 dinners produced by an individual restaurant every Saturday... and delivered by the volunteer group to the elderly.

"The dinners are going down a treat. We also have another slot on a Thursday, where we have a separate independent restaurant, Cru, [...] doing 28 dinners every Thursday, and they're being delivered to another section of people."

She said volunteers have probably reached 1,000 people over the past six or seven weeks, but they're hoping to help even more people.

She observed: "People are so delighted - it's contact for them, somebody at the door once a week... they're so delighted someone is thinking about them.

"We're hoping that phase two will kick in on 8th June and we'll be able to wind this down. So for the next three weekends we're trying to reach people we haven't gotten to at all."

'Blanket recommendation' for over-70s to cocoon was a mistake, expert believes