A vintage Ferrari worth €2 million has been found after it was stolen during a test drive, poli...

A vintage Ferrari worth €2 million has been found after it was stolen during a test drive, police in Germany say.

The theft is alleged to have happened in Dusseldorf on Monday afternoon.

German media reports that the car once belonged to Eddie Irvine, the former Formula 1 driver from Northern Ireland.

According to local police, the test drive of the rare, vintage Ferrari GTO had been arranged as part of an apparent sales negotiation.

However, it's alleged the prospective buyer drove off with the car during a driver change - leaving the current seller standing on the street.

A search for the stolen car was quickly launched.

On Tuesday, the rare vehicle was discovered hidden in a garage in the town of Grevenbroich.

However, the suspect in the case remains at large - with police appealing for the public's help in tracking him down.

They released a photo of the man wanted in connection with the investigation: 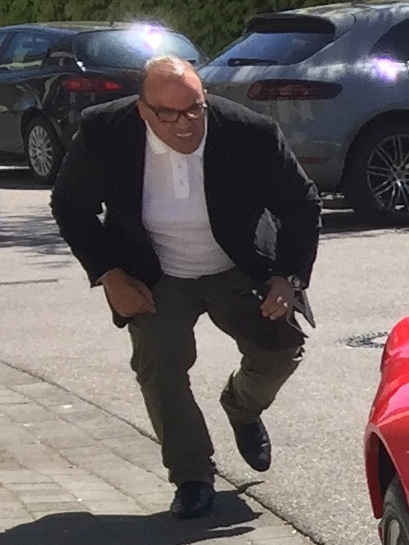