The Taoiseach Leo Varadkar has said he does not condone or want to be associated with Conor McGre...

The Taoiseach Leo Varadkar has said he does not condone or want to be associated with Conor McGregor's behaviour.

It is after the Irish MMA fighter marched in last Saturday's St Patrick's Day Parade in Chicago, along with Mr Varadkar.

Mr Varadkar took part in the parade alongside Junior Minister Michael Ring, but said at the time he was unaware Mr McGregor had also been invited.

Speaking at a Fine Gael national conference in Wexford on Saturday, Mr Varadkar said Mr McGregor's history with the law is not something he wants to be associated with.

"I was there at the parade at the invitation of the organisers, representing the country.

"Conor McGregor was there, I believe, at the invitation of the Plumbers Union.

"Obviously he's had some trouble with the law in recent months - and I wouldn't condone or like to be associated with the kind of actions he's involved in - which include a prosecution in New York and a potential prosecution in Miami." 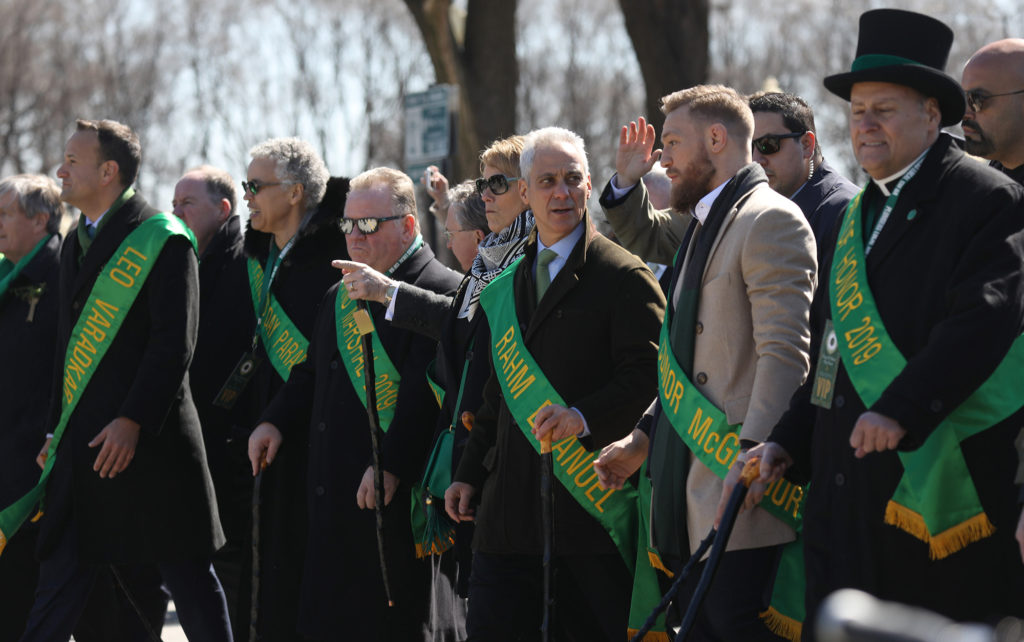 Conor McGregor is seen in the tan suit, with Taoiseach Leo Varadkar to his left, at the start of the St Patrick's Day Parade in Chicago | Image: TNS/SIPA USA/PA Images

In an interview with ABC7 Chicago last week, Mr McGregor said he was "very grateful to the people of Chicago" for the invitation to march in the parade.

He said he was convinced to join the parade by Chicago's Plumbers Union, pointing out that he worked in the trade before his MMA career took off. 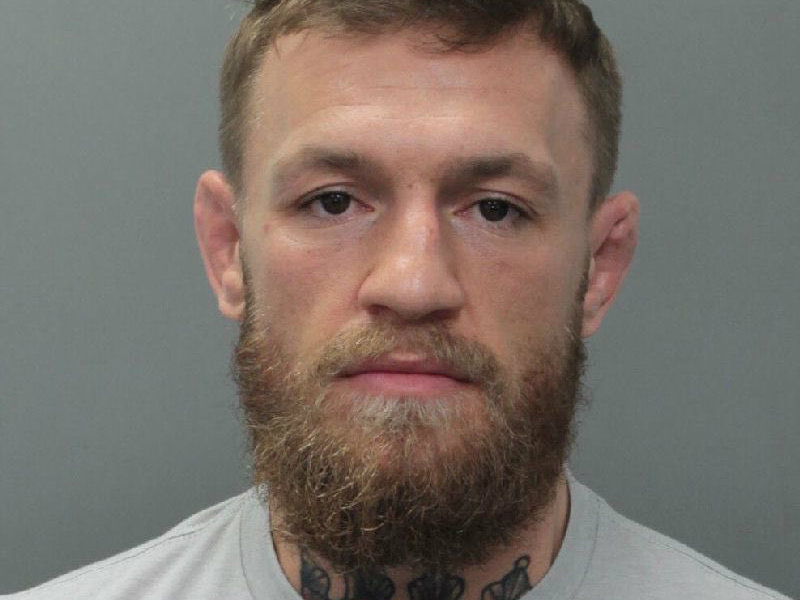 Mr McGregor was arrested in Miami, Florida earlier this month after allegedly smashing a fan's phone.

The incident outside the Fontainebleu Hotel was caught on CCTV.

According to local police, Mr McGregor was leaving the hotel when the fan attempted to take a picture of the Irish fighter.

Mr McGregor is alleged to have knocked the fan's phone out of his hand, before stomping on it several times.

It is then claimed Mr McGregor walked away from the scene with the damaged phone.

While last April he appeared in court in Brooklyn, charged with three counts of assault and one count of criminal mischief.

It came after an alleged attack on a UFC bus.