The incident outside the Fontainebleu Hotel was caught on CCTV.

According to local police, Mr McGregor was leaving the hotel when the fan attempted to take a picture of the Irish fighter.

Mr McGregor is alleged to have knocked the fan's phone out of his hand, before stomping on it several times.

It's then claimed Mr McGregor walked away from the scene with the damaged phone.

MBPD has arrested and charged Conor McGregor, DOB: 7/14/88, with Strong Arm Robbery and Criminal Mischief, both felonies. Please see arrest report and booking photo below. No additional information will be provided. pic.twitter.com/9HdkRWPnd8

The victim claimed the phone was worth $1,000 dollars.

Police tracked down the MMA star, who is on holiday in the Florida city, and arrested him

The 30-year-old Dubliner has now been charged with two felonies - "strong-armed robbery" and "criminal mischief". 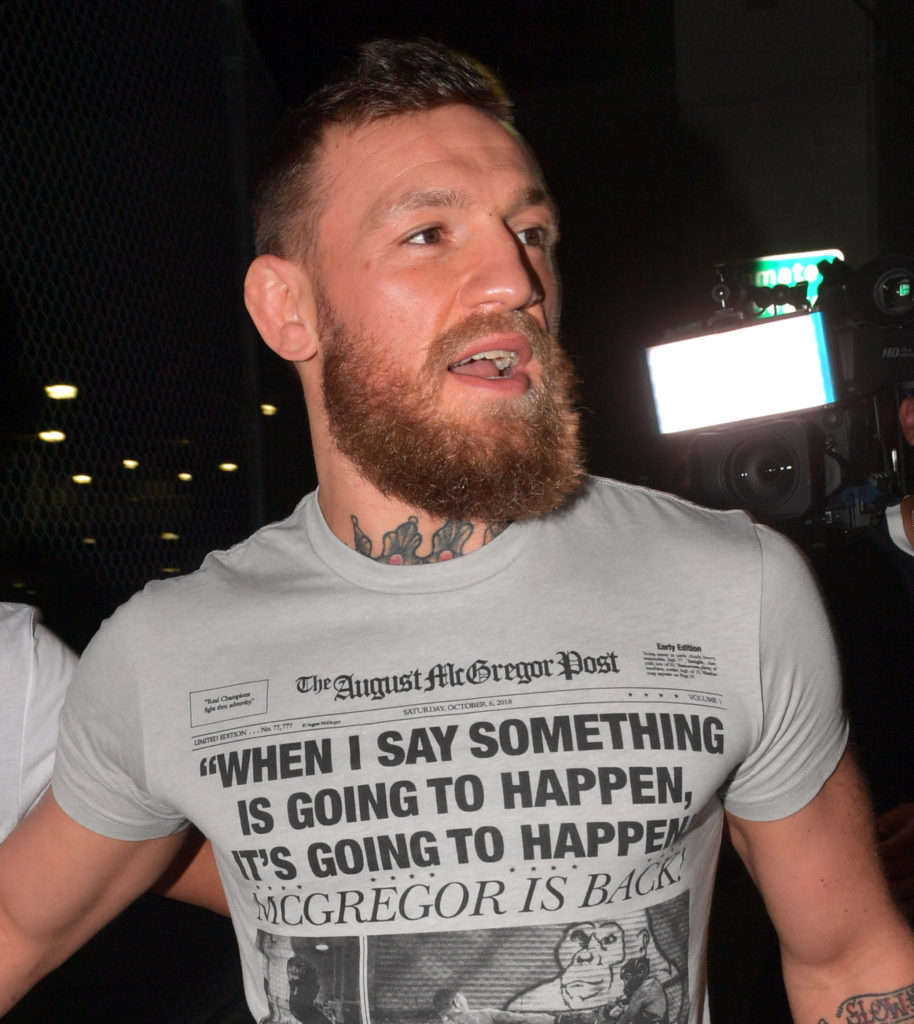 Conor McGregor's lawyer Sam Rabin told Newstalk Breakfast: "I believe at the end of the day that we will successfully defend this case.

"I can't tell you what the outcome will be, but I certainly don't see him going to jail over something like this."