Hotels are running out of space for Ukrainian refugees.

Ukrainian refugees are being placed in emergency accommodation as space in hotels runs out, Cabinet ministers will be warned today.

Just under 25,000 Ukrainians have now arrived in Ireland, 85% percent of whom are women and children.

Cabinet was last week warned that Government contracts with some hotels were due to expire over Easter – with 90% to 95% of the refugees that arrive in the coming weeks to be housed in emergency accommodation.

Ministers were told that the accommodation would include camp beds in parish halls, army barracks and other public buildings.

The Irish Times reports that around 300 people arriving this week will be housed at the Millstreet Arena in Cork.

Over the weekend, dozens of refugees housed in an emergency centre in Banteer in County Cork fell sick with a vomiting bug.

Cabinet will also be updated on the situation on the ground in Ukraine, where Russian troops this week began a fresh offensive in the east. 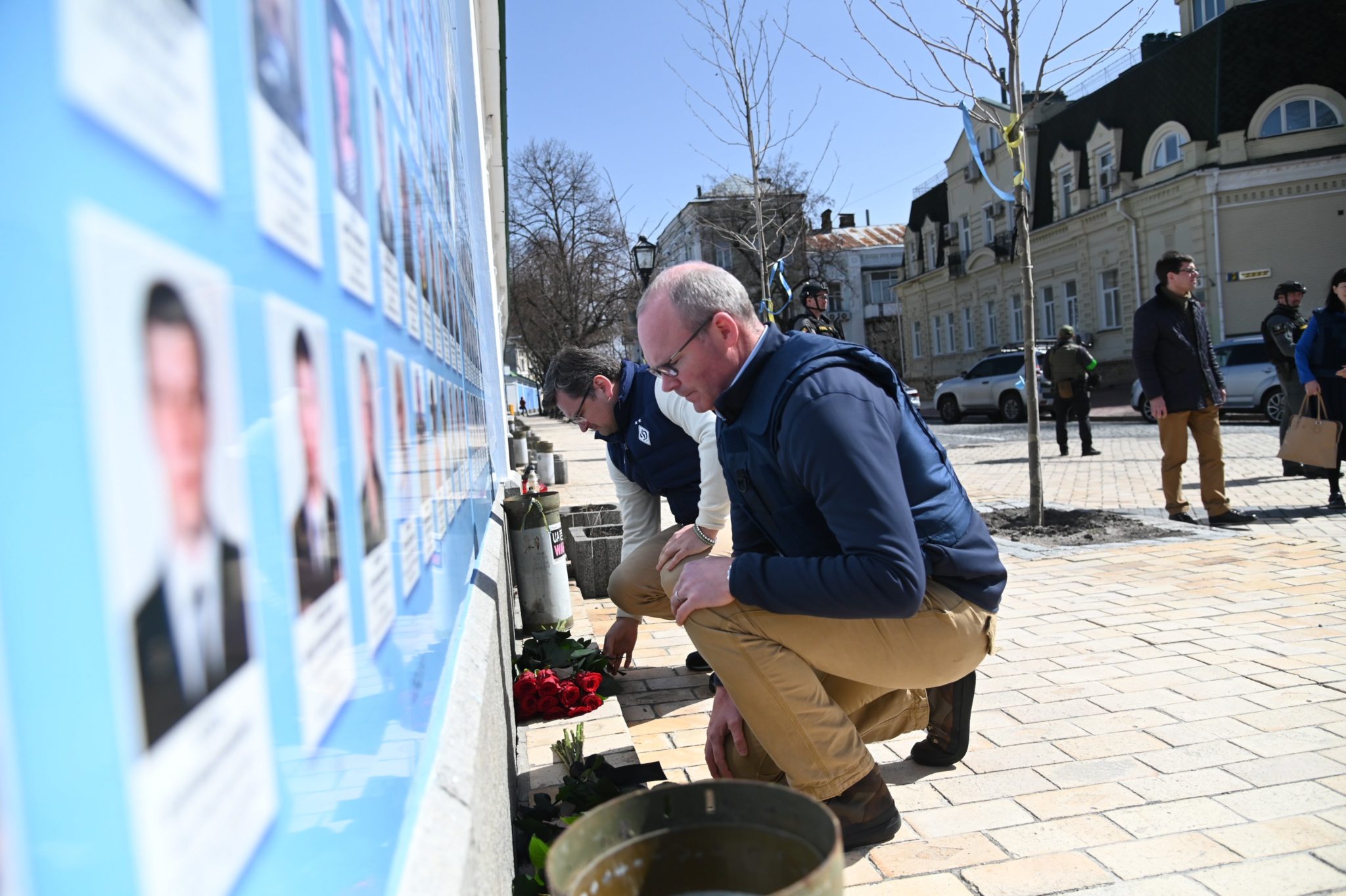 Foreign Affairs Minister Simon Coveney is seen during his recent visit to Ukraine. Picture via Twitter/@DmytroKuleba

He told members nations that what he saw on a visit to the town of Bucha near Kyiv last week was “profoundly shocking”.

“While I was there, there had been, I think, 503 bodies taken out of mass graves,” he said.

“There were only four soldiers. The rest were men, women and children who were not combatants but many of whom were tortured, brutalised, some raped and killed.

“So, I think those images speak for themselves.”

He told the council that Ireland would continue to do all it can to help those fleeing the violence.

“Any Ukrainian that is fleeing conflict can come to Ireland and indeed any country in the EU and will be treated, effectively as an EU citizen in terms of health, education and of course, housing, which is a huge challenge for a small country like Ireland.

“But you know, Irish people are opening their homes and we have made a commitment that we will make our home their home for as long as is necessary.” 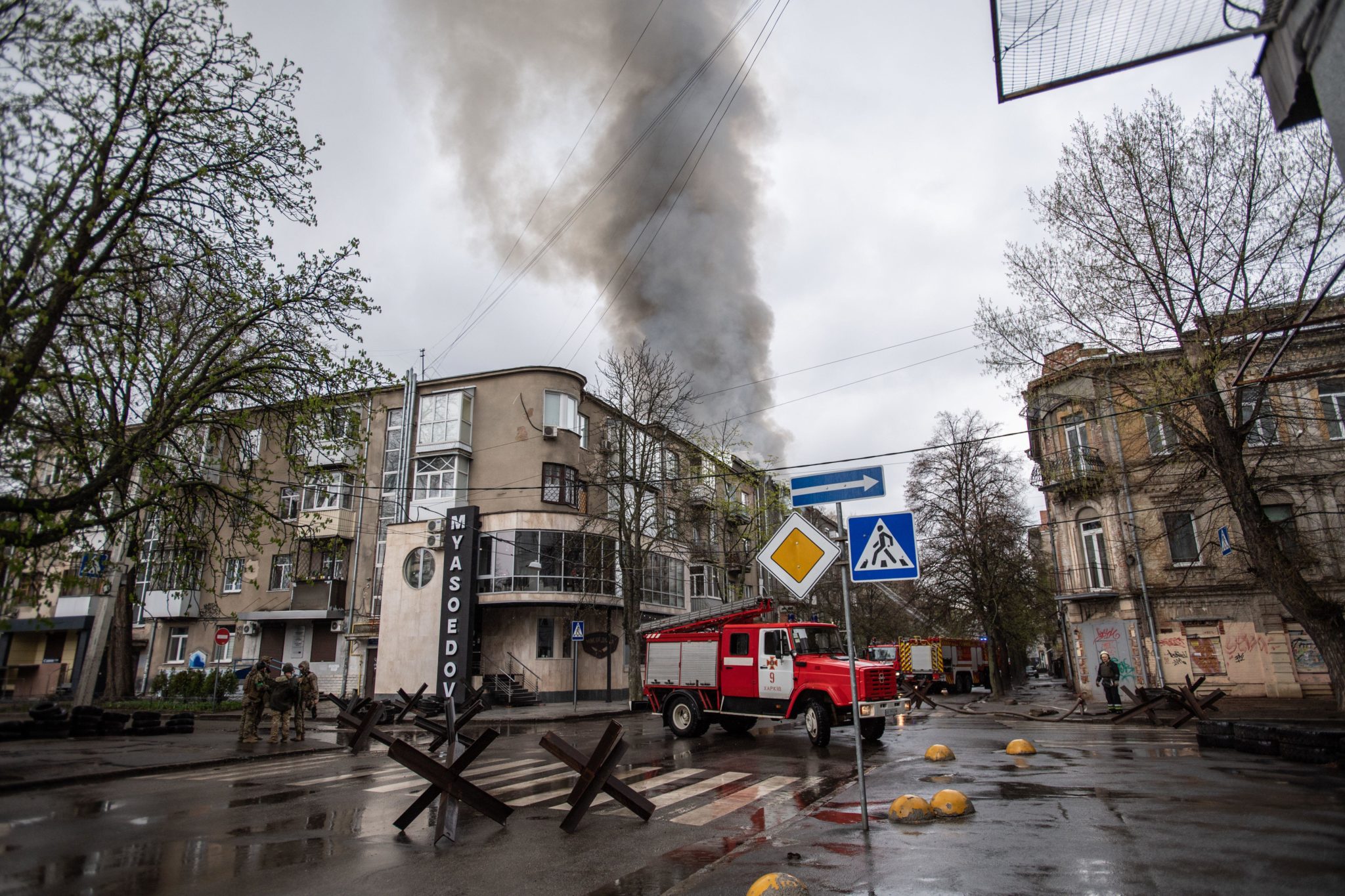 Meanwhile, the Russian Defence Ministry says it has hit more than 1,200 targets as it launches its renewed attack on the Donbas region of eastern Ukraine.

There has been fierce fighting spread over a 500km front – with the city of Kreminna seized by Russian forces yesterday.

The Ukrainian President Volodymyr Zelenskyy is calling on western nations to send more weapons to Ukraine – noting that if his troops had weapons that were "comparable" to those used by Russia, then the war would be over already.

“We would have restored peace and liberated our territory from the occupants because the superiority of the Ukrainian military in tactics and wisdom is quite obvious,” he said.

The UK Ministry of Defence has said Ukrainian forces are continuing to repel the attacks – noting that the Russian advance continues to be impacted by “logistical and technical challenges” as well as the “resilience of the highly-motivated Ukrainian armed forces”.

Main image is a file photo of people waiting for a train at the main railway station in Lviv. Image: Mykola Tys / Alamy Stock Photo