Northern Ireland is to go even longer without representatives sitting at Stormont. The British go...

Northern Ireland is to go even longer without representatives sitting at Stormont.

The British government has passed an amendment, which extends the period for calling an election there.

Elections were last held in March 2017, but efforts to form a new executive have repeatedly stalled.

The DUP and Sinn Féin have failed to agree terms to form a new assembly.

Tánaiste and Foreign Affairs Minister Simon Coveney says the Irish and British governments will have to make an assessment soon.

"I have been working intensively with the Secretary of State for Northern Ireland in recent weeks in the talks at Stormont to support the leaders of the political parties in finding an agreement that will get all of the institutions of the Good Friday Agreement up and running again.

"We have today seen the introduction by the British government of an amendment to UK legislation to extend the period for calling an assembly election.

"This step underlines the seriousness of the absence of the devolved institutions in Northern Ireland, and the urgent requirement for an agreement between the political parties on operating the institutions again.

"We remain focused on securing agreement in the immediate period ahead."

Mr Coveney also acknowledged that "all five political parties have engaged constructively in this process with that objective over the last number of weeks."

"Progress has been made across a range of important issues.

"However, some key outstanding issues remain and finding final agreement on these issues will require genuine and courageous dialogue between the party leaders", he adds.

"The two largest parties have a particular responsibility to reach an accommodation to secure the formation of a new power-sharing executive."

He says the two Governments will have to make an assessment "before long" on whether it is possible to move quickly in this period to final agreement. 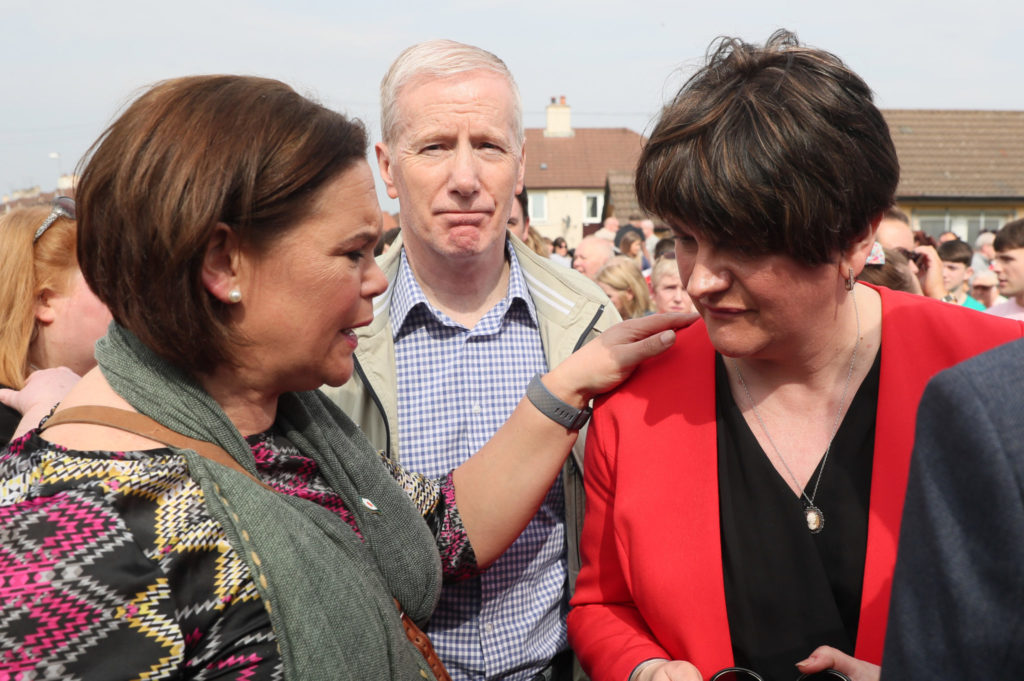 The issue of a lack of devolved government was brought back to the fore in April, during the funeral of Lyra McKee.

Fr Martin Magill urged politicians to work together to produce a better life for young people in the North.

He was greeted with a standing ovation after he asked Northern Irish leaders why "in God's name" it took the "death of a 29-year-old woman with her whole life in front of her" for them to stand together.