Sinn Féin has said it is ready to play its “full part in a serious and meaningful talks proc...

Sinn Féin has said it is ready to play its “full part in a serious and meaningful talks process” to restore power-sharing in Northern Ireland.

Party leader Mary Lou McDonald this evening called for an urgent meeting of the British and Irish governments to “provide solutions to the outstanding rights issues – which are at the heart of sustainable power sharing.”

She was speaking after a Fr Martin Magill urged politicians attending the funeral of Lyra McKee to work together to produce a better life for young people in the North.

He was greeted with a standing ovation after he asked Northern Irish leaders why “in God’s name” it took the “death of a 29-year-old woman with her whole life in front of her” for them to stand together.

“In a clear concise way he has said what I have heard all over Ireland,” she said.

“People want the Executive and the Assembly up and running; people want equality and they want good government they can have confidence in.

“Political leaders should be working together.” 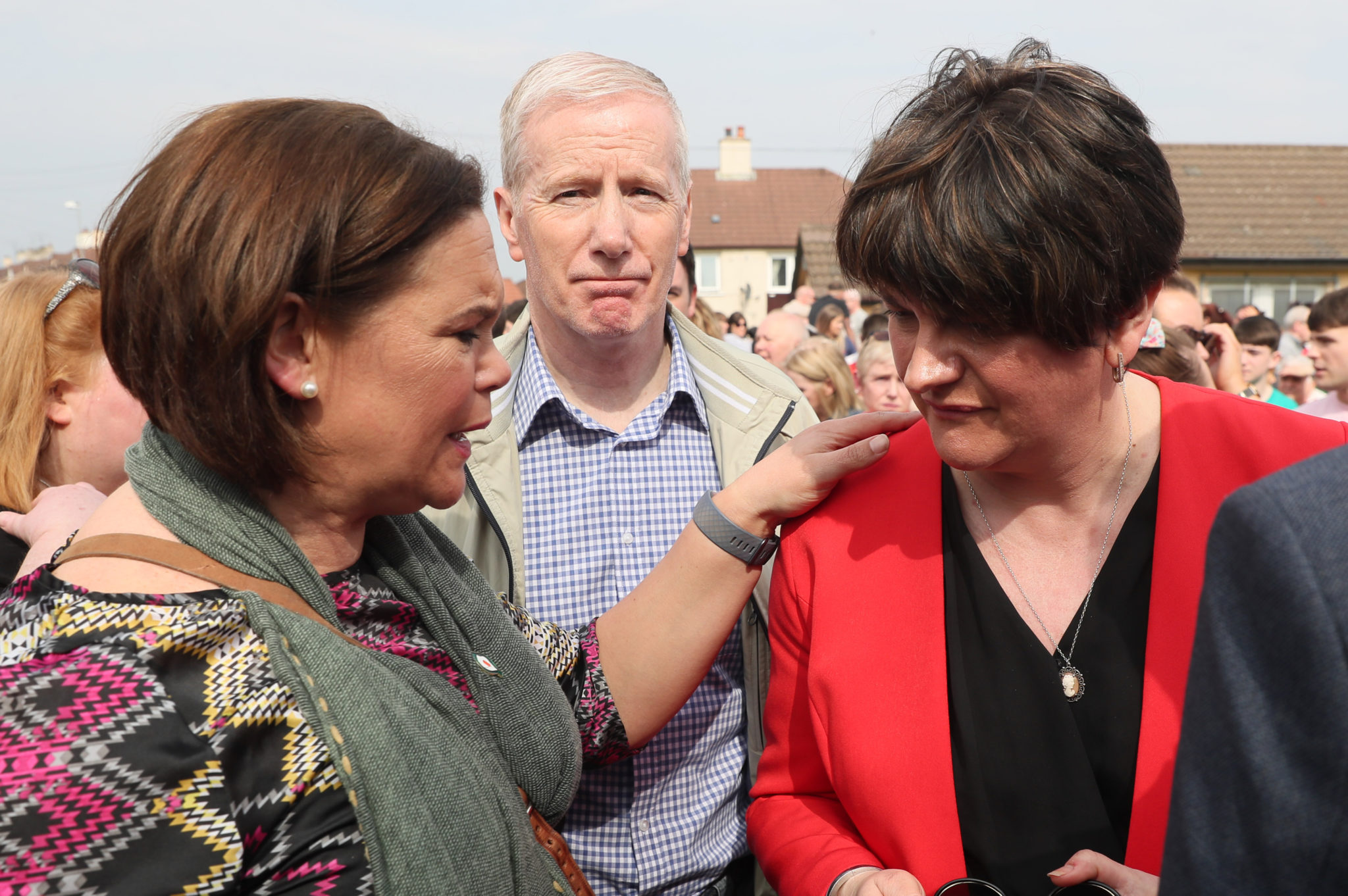 She said Sinn Féin wants to see the full restoration of all the institutions of the Good Friday Agreement.

“We have told the British Prime Minister and the Taoiseach that the current situation of stalemate of no Executive or Assembly is untenable and cannot continue,” she said.

“Sinn Féin is ready to play our full part in a serious and meaningful talks process which removes obstacles to power-sharing, delivers rights, and restores the Assembly.

“The two governments should now meet with urgency through the British Irish Intergovernmental Conference to provide solutions to the outstanding rights issues, which are at the heart of sustainable power sharing.”

The DUP leader Arlene foster said she spoke to the Tánaiste Simon Coveney and the UK Northern Irish Secretary Karen Bradley today about the restoration of the Stormont Assembly.

She called for institutions to be restored “in parallel with a talks process to resolve outstanding issues.”

“For our part I want to ensure we can get down to business,” she said.

“We all need to come to the table in a spirit of wanting to restore the Assembly and dealing with the issues which matter most to people.

“A parallel process can ensure that we immediately get back to work at Stormont, but that the issues which have held up the restoration of devolution to receive the focus and respect which they deserve in a time-limited process.” 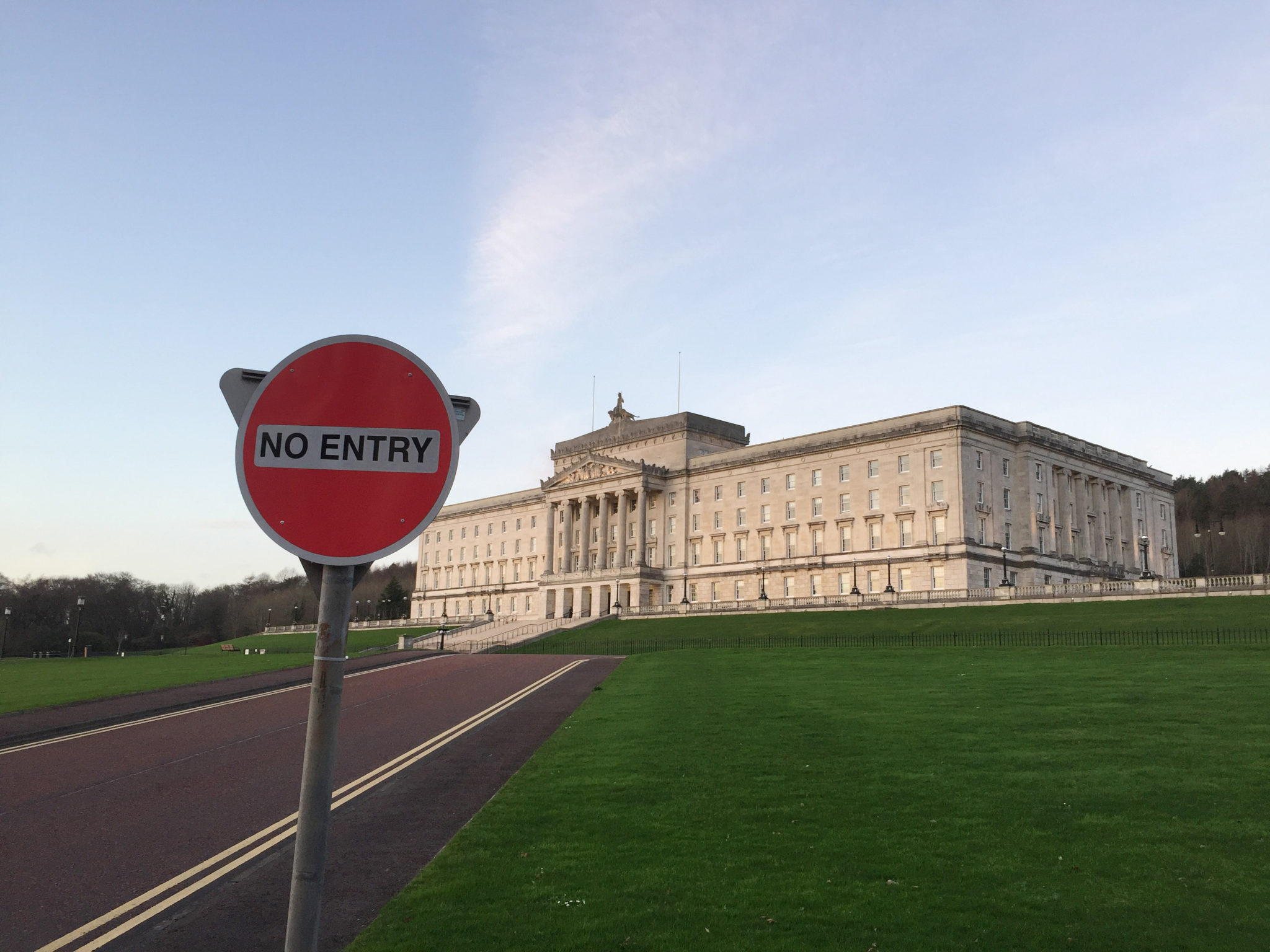 A No Entry sign outside Parliament Buildings at Stormont in Belfast.

There has been no executive at Stormont since the Executive collapsed amid the ‘Cash for Ash’ scandal in 2017.

Problems with the scheme - introduced under the watch of DUP leader Arlene Foster while she was enterprise minister – meant that subsidies exceeded the cost price of the fuel, effectively encouraging users to burn extra fuel in order to claim money.

Mrs Foster refused to stand down while an inquiry was carried out into the scandal – leading to the then Sinn Féin leader in the North, Martin McGuinness, resigning his position.

Assembly elections were held in March 2017, but efforts to form a new executive have repeatedly stalled.

The DUP and Sinn Féin have found it impossible to find common ground on a range of agreements - notably on legacy issues, citizen's rights and the Irish Language Act.

Sinn Féin has said it will not return to power-sharing while talks are ongoing as “establishing an executive that may collapse after a matter of months on the same issues will only fail all our people.” 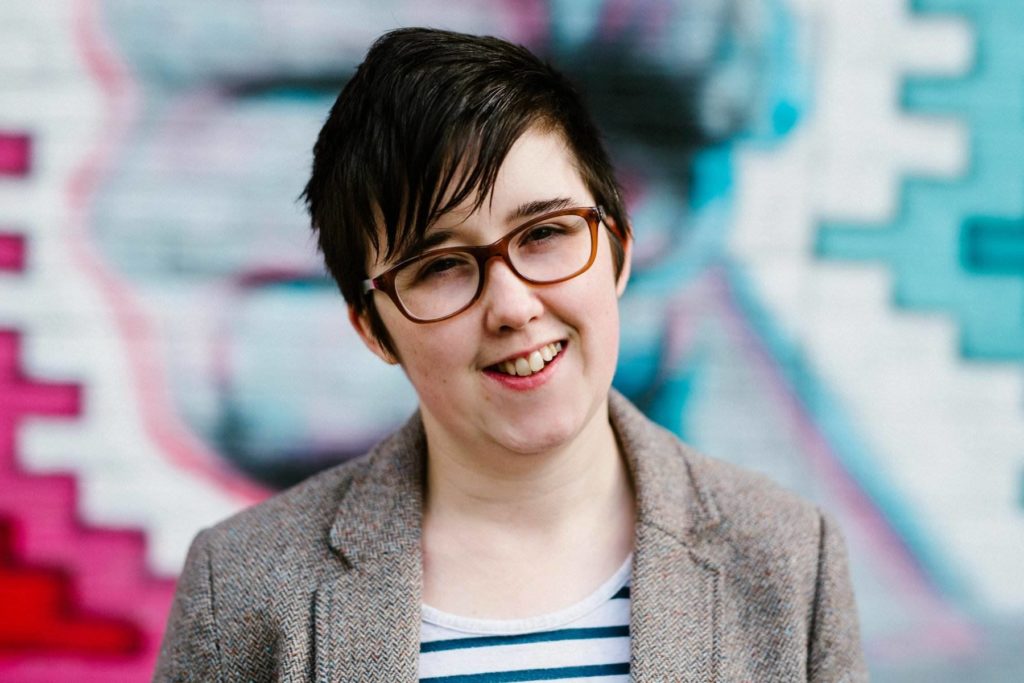 President Michael D Higgins, Taoiseach Leo Varadkar and British Prime Minister Theresa May were also in attendance alongside the leaders of other political parties in the North.

The 29-year-old journalist was shot and killed when members of a group calling itself the New IRA opened fire during rioting in Derry last Thursday night.