Treating teenage criminals with “compassion and kindness” will mean better long-term results when it comes to rehabilitating them, a leading criminologist has said.

Gardaí believe that up to 10 teenagers might have been involved in an attack on  a 29-year-old man in Dublin on Sunday.

The man ended up in a hospital with serious head injuries and Gardaí are appealing for witnesses who were in the George’s Dock area around 9pm.

The attack has ignited debate about how young offenders should be treated; independent Councillor Mannix Flynn told The Pat Kenny Show that society needed to do more to more on the issue of “educating our children to respect law and order”.

He added that the Gardaí had previously “failed to prosecute tens of thousands of [juvenile] cases. So that’s a failure to protect young people, to warn young people.”

However, criminologist Trina O’Connor said it would be better if society focused on restorative justice rather than punitive punishment when it comes to juvenile crime:

“I think when you look at restorative justice, that’s about addressing crime, focusing on the harm that was done to the victim, holding the offender accountable for their actions,” Ms O’Connor told The Pat Kenny Show.

“The young person could meet someone who has been a victim of a similar crime and they can see the harm that’s done to that person. 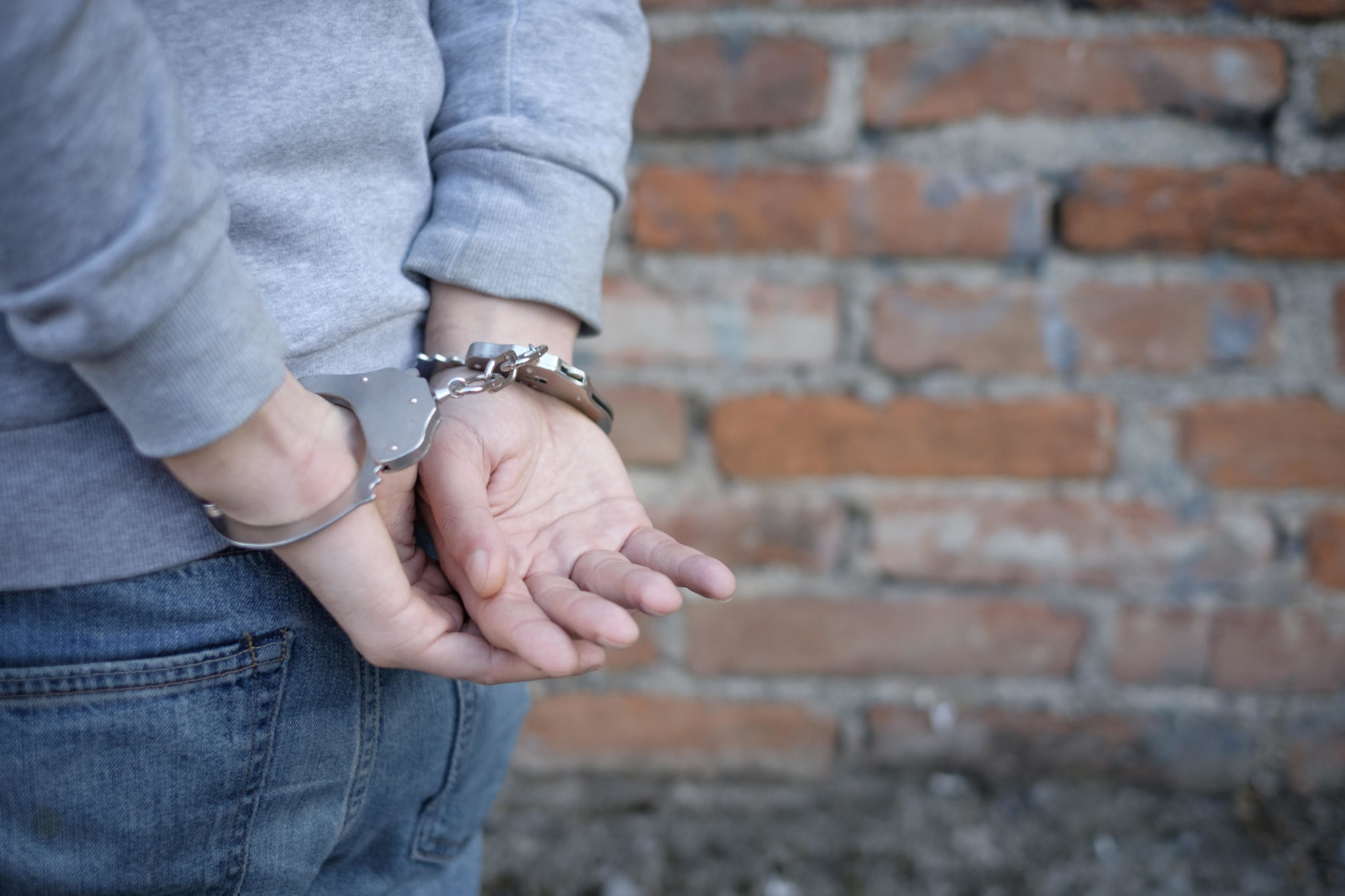 A man arrested is seen in handcuffs in April 2016. Picture by: tommaso altamura / Alamy Stock Photo

She acknowledged the “frustration” many people felt when they become victims but said her approach would pay off in the longer-term:

“If we marginalise young people when they’re teenagers then we’re just excluding them from society,” she continued.

“What we need to do is encourage pro-social behaviour in young people.

“And I think the first thing to do is to treat both the offender and victim with compassion and kindness.

“So that we can see where we can make some inroads because I think writing young people off as violent or antisocial at a very young age without giving them the proper intervention is a very unkind thing to do.”