Etiquette expert Tina Koumarianos thinks this is going too far

A growing number of pubs are banning tracksuits, with Dublin's Laughter Lounge becoming the latest venue.

Etiquette expert Tina Koumarianos told The Pat Kenny Show she thinks this is going too far.

"I do think there's a difference between pubs and bars, because you've got some very upmarket bars that certainly wouldn't welcome you in a tracksuit.

"Or most of the clients wouldn't welcome you in in a tracksuit.

"But bars... I think everything has gone so lunatic PC at this stage.

"On this particular one: the lads going down to the pub to meet each other - does it matter if they're in a tracksuit?

"They're not naked, they're not exposing themselves, they're just going down in what they feel comfortable in."

She said people will generally dress up for specific occasions.

"You'll find a lot of the lads will do all those things if they're on the pull.

"But if they're just going down to meet their mates, they probably wouldn't bother.

"But again, it depends very much on the pub and where you are."

Tina explained: "Where I live in here in Rathdrum, people wear slacks and open shirts or whatever.

"But they don't feel they have to dress up for the pub necessarily - they go out to meet friends and just enjoy themselves.

"It's not a big occasion, it's just like another night out in the pub." 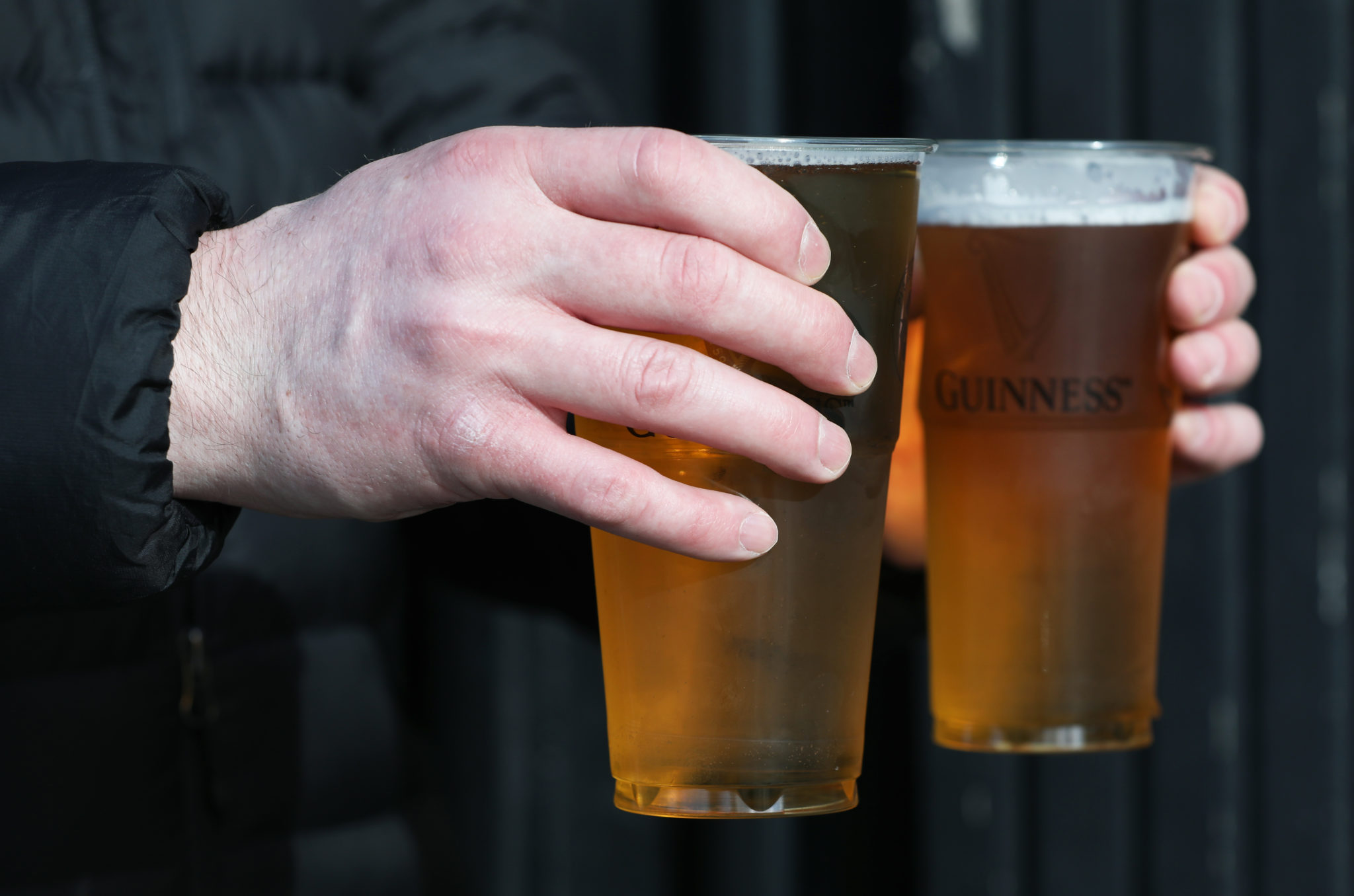 Pints being served at a Dublin pub in February 2021. Picture by: Leah Farrell / RollingNews.ie

She said while there were some areas of Dublin in the past that saw tracksuits worn by "everybody", times have changed.

"There are still restaurants and hotels that will insist that men wear a tie.

"But tracksuits back at the beginning would only be seen on the south-side early in the morning, with people jogging along the seafront.

"Of course they've been completely taken over by dryrobes now".

And Tina said such a tracksuit ban could be difficult to enforce.

"How are they going to regulate something that is so insipid, really.

"I should imagine that would cause, if not fights, certainly agro if you go up and ask somebody in a group of people to get out because they're in a tracksuit.

"You'd want to have a bit of backup if you want to keep that going.

"Unless you put a big notice on the door - 'No Tracksuits' - like you have going into banks, 'No Helmets'".