The mother of a man who died following a one-punch attack has said she hopes the sentence handed down to his killer will act as a deterrent to others.

20-year-old Luke O'Reilly died following the attack in Tallaght in Dublin on Halloween night in 2017.

Last Friday Jack Hall-Ellis, of Lismore Road in Crumlin, Dublin was sentenced to five years in jail after he pleaded guilty to manslaughter.

The victim's mother Janet O'Brien told Newstalk Breakfast she went out with her son that night.

"Luke was off that day, I was working.

"We ended up meeting...we were going to the pictures and we went to Eddie Rockets for food afterwards and I remember thinking 'This is great now, I'll drag this out as long as I can'.

"Halloween night is just a nightmare of a night anyway.

"But unfortunately the pals kept ringing and he ended up going down for a few drinks and catching up with them".

She says she got a phone call from the Gardaí at 3.00am to say Luke had been attacked.

"I obviously got a fright, but I still was thinking 'He's after getting in a fight, it's a punch or something'.

"I realised 'yes it's serious, cause the Guards are on to you' - but I still wasn't thinking we were going to be left with what we were left with".

He was moved from Tallaght to Beaumont Hospital, where he underwent surgery.

"All through the night the tests continued, and it was just bad news after bad news", she said. 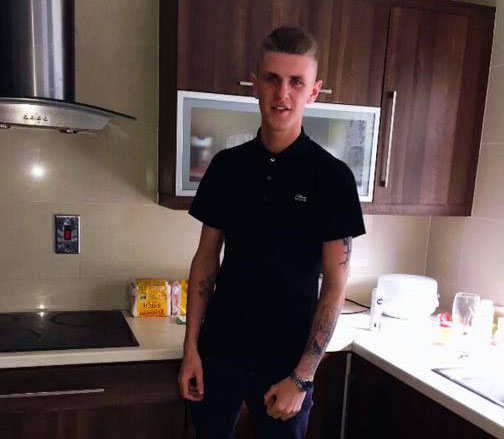 She hopes the sentence will make young boys in particular think twice.

"And I know people kind of think 'Boys will be boys' - but I just think that if it makes a few [people] think before they swing their fists about".

His mother says Luke also lives on through organ donation.

"I don't think I even hesitated because I was looking around the room thinking 'If he could stop one person from being in a room being told that there's no hope, to somebody being maybe brought into the room to be told we have.... organs on the way and they could help somebody else'.

"We had never had that discussion - obviously 20 years of age - but I knew instinctively that would be something that he would have done".

"They've written to me, and we've had three successful transplants.

"To think that you could be sitting on the phone with a big smile the day after your son had gone, I couldn't believe it - I was so thrilled.

"There is Luke still out and about after doing good".

Investigation after man presents to Dublin hospital with gunshot wounds