There have been 105 recorded UFO sightings in Ireland, with each lasting an average of 13 minutes...

There have been 105 recorded UFO sightings in Ireland, with each lasting an average of 13 minutes.

UFO data compiled by Psychic World has revealed that Ireland tops the list for most sightings in Europe, followed by France and Spain.

Now, like-minded people are being invited to come together as part of Ireland's first virtual UFO convention.

John told Lunchtime Live he was driving through a village in Limerick in 2003 in the middle of the day, when he saw three objects in the sky.

"Very suddenly, one of them came straight towards me in the course of a second - it didn't take a vast amount of time.

"I could see the pilot for maybe a split second... and all I could say about him was he'd a face like the shape of an egg or something like that.

"He was some type of human being, but not a human being like us... He looked at me for half a second and I looked at him."

"I thought it was maybe an air display or something like that - but it had shocked me because I had known that there's a 1,500-feet threshold for single-engine Cessna planes and all that type of stuff".

"The only thing I could say is what I saw they were round objects, the colour of them was military green - the very same as the army - and they were completely round and extremely fast.

"They were just gone of a shot, way over a hill, in the blink of an eye".

Rob Kennedy is co-organiser of the convention.

He said it will see people come together, through Facebook, to discuss and talk about what they see as an important topic.

"We encourage anybody else that has either had an experience or is interested in the topic to go on to the Irish UFO Convention Facebook page.

Rob himself said he saw "something very unusual" in the sky above Wexford a number of years ago.

"Walking home from the arts centre … I stopped, looked up in the sky and saw lights that were moving at incredible speeds.

"I was shocked, in awe and it was something that I believed was incredible."

"And I'm kind of organising this convention now to get people like me together".

While Rob said it's not all about aliens, but about objects that can't be explained.

"It's an object that flies in the sky that the person reporting it can't identify.

"But of course it's relative, because someone with more experience in aviation - for example - might be able to identify it as a balloon or a drone". 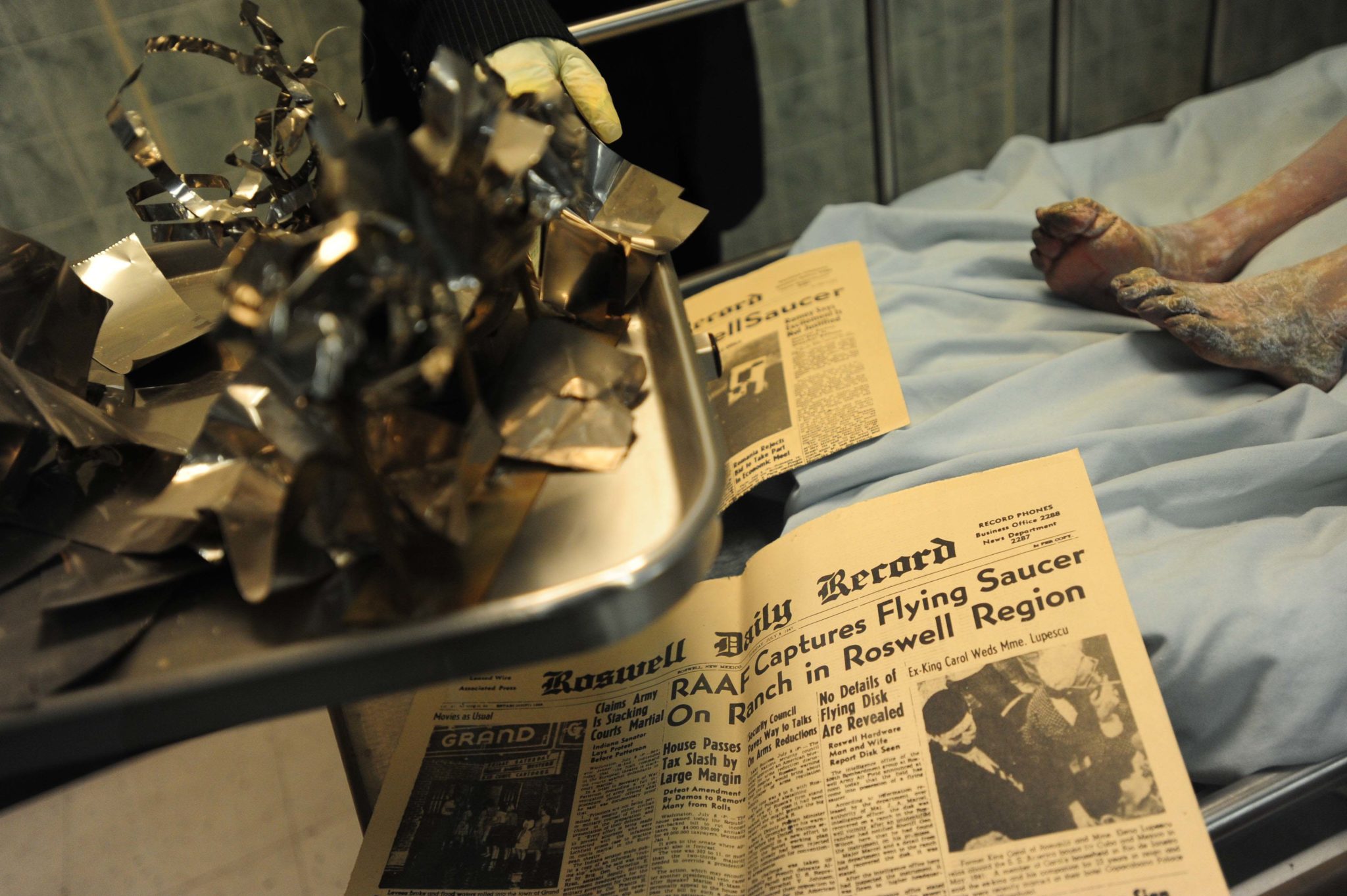 Inside the UFO Museum in Roswell, New Mexico in 2013. Picture by: Alex Milan Tracy/SIPA USA/PA Images

"Both people that see the same thing could argue until the cows come home about what it is, but without any proof the conversation is fun and interesting and maybe argumentative but is not definitive.

"Without proof, it's just a conversation".

Rob said a lot of people have reported seeing objects which were later identified, but a small number remain unsolved.

"There are a certain percentage, a small percentage, that are beyond the realms of those things that people recognise as being quite extraordinary.

And he added that technology has helped as well, with more people having access to smartphones and cameras.

"I think that's part of it, and the fact that we've got this smaller and smaller community where communication is able to travel more freely then we can see what's going on in other parts of the world".

He cited one such case, where the US Department of Defence confirmed a UFO was caught on video.

Negative COVID test needed to fly into Ireland from Friday